Bigben and Eko Software have announced that Warhammer: Chaosbane will be released on Xbox One, Playstation 4 and PC on 4th June.  Alongside this great news are details on closed betas and preorders as well as a brand new preorder trailer that can be watched below…. 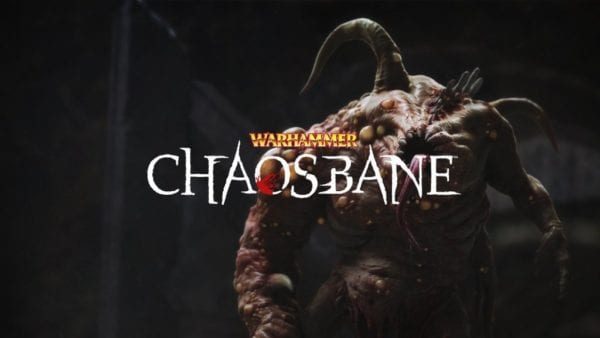 Warhammer: Chaosbane will take players deep into the heart of the Old World where the great war against the powers of Chaos is at its most intense.  Hack and slash your way through iconic locations from the Warhammer Fantasy Battles world as one of four characters, including a dwarf, a Wood Elf, a High Elf or a human. 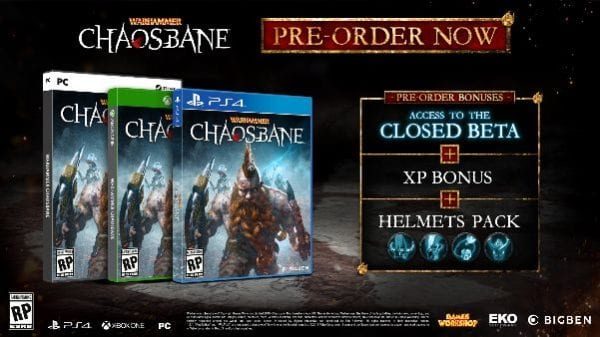 Preordering is now available digitally on the Xbox store and will be available tomorrow on the Playstation Store and will be available from some retailers.  Those who do preorder will be invited to take part in two betas, the first beta phase will take place in March and the second in April giving them a chance to experience the different characters and the start of the campaign.  Aside from this access, players will also receive an experience bonus which will be active for the entirety of the character’s progression as well as a pack of 4 legendary crates.

Warhammer: Chaosbane will be available on Xbox One, PS4 and PC on 4th June and on 31st May for those who purchased the Magnus Edition.