A brand new trailer is available for Bethesda’s Rage 2 which shows just what it takes to be a bad ass Wasteland Superhero.  This trailer shows some of the action from using an arsenal of powerful weaponry and some hi-tech nanotrite abilities. Watch this trailer below… 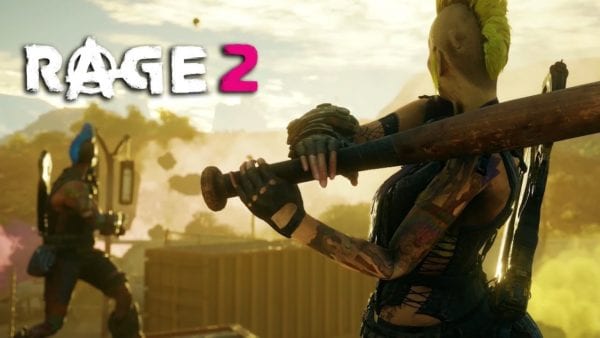 In the post-apocalyptic world of Rage 2 players will cause chaos for the plans of General Cross and his army of mutant soldiers with the help of powerful weaponry and the new nanotrite abilities such as Slam – a devastating ground pound attack, Shatter – causes a lethal kinetic blast and Barrier which will instantly block any incoming fire and kill enemies who come into contact with it.  These lethal abilities can also be combined with others to cause even more chaos on the battlefield.

“We went through a number of iterations to ensure that we got abilities that complement and synergize with the weapons, not replace them,” explains Lead Combat Designer Peter Johansson. “In the spirit of id-style combat, we wanted abilities that support the aggressive, push forward, close- to mid-range combat we are creating. The key to survival in RAGE 2 is to get up in your enemies’ faces, and the abilities are designed as tools to encourage that.”

Look out for more news on Rage 2 coming soon.