Boom! Studios launches its new series Jim Henson’s The Storyteller: Sirens this coming Wednesday, and you can take a look at a preview of the first issue here… 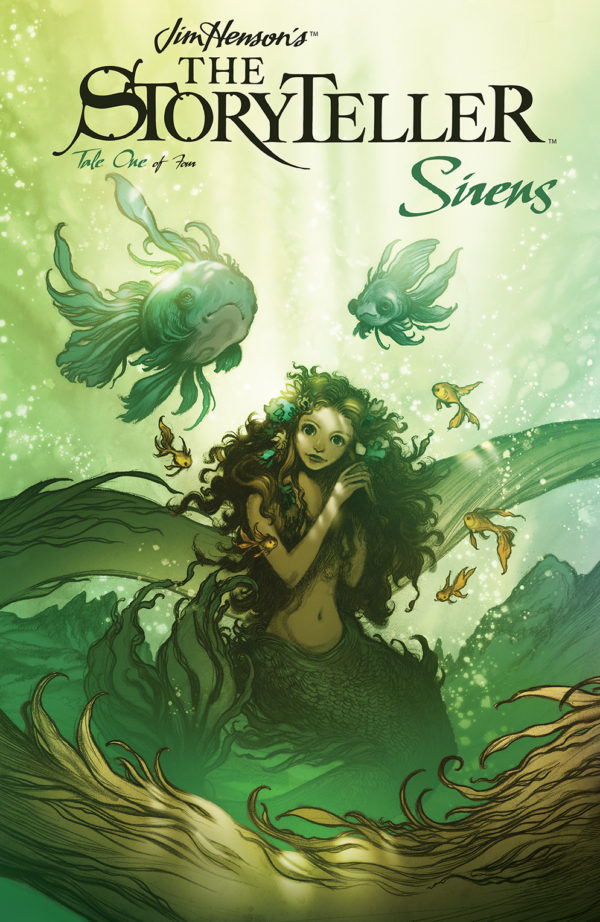 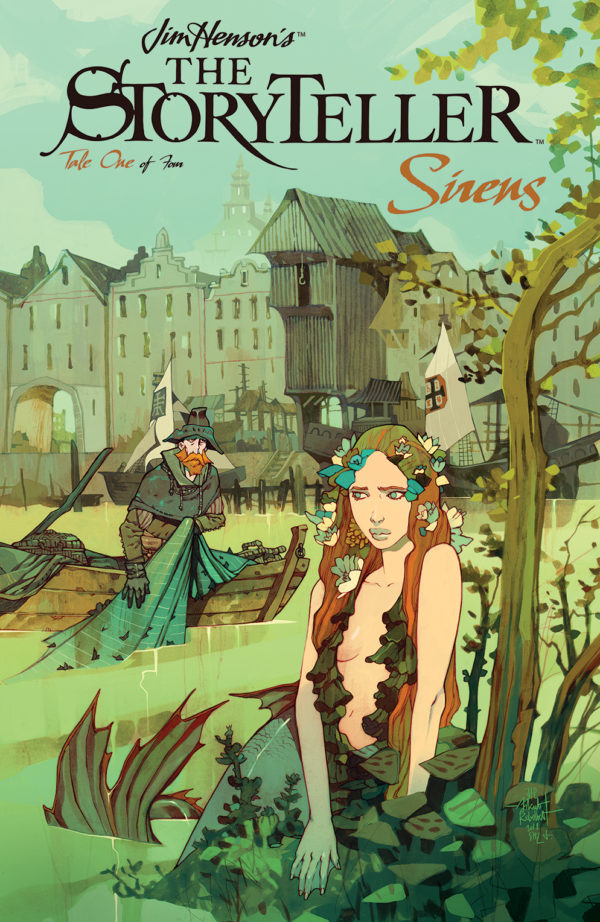 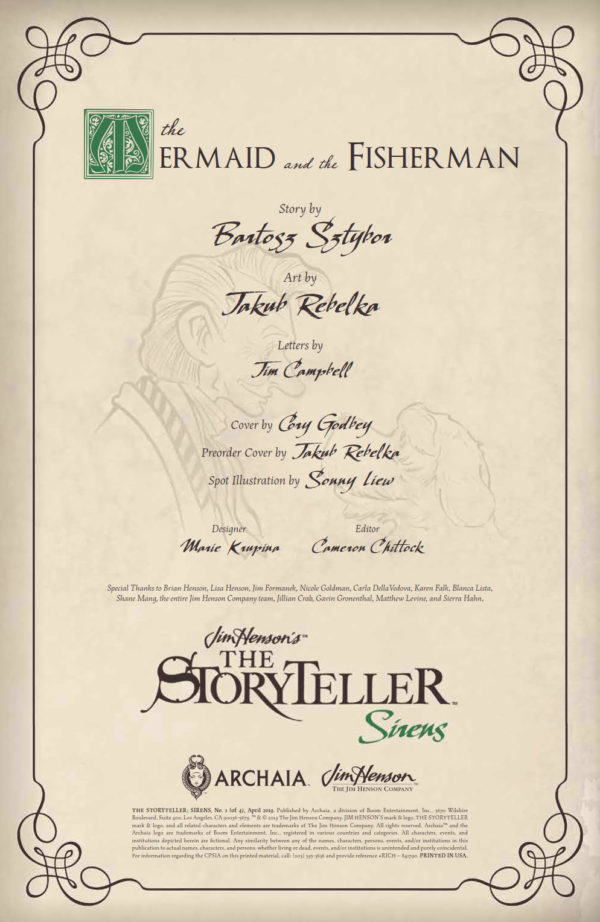 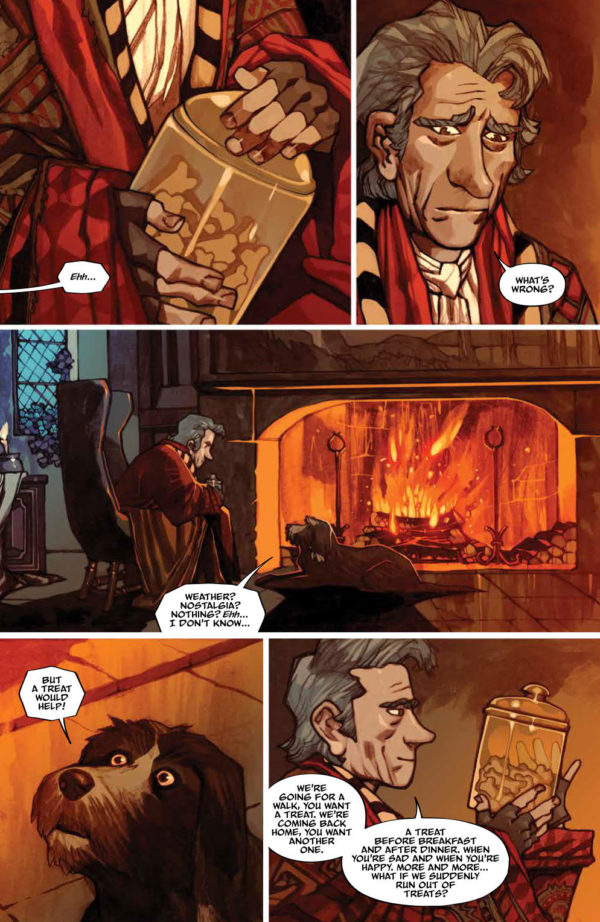 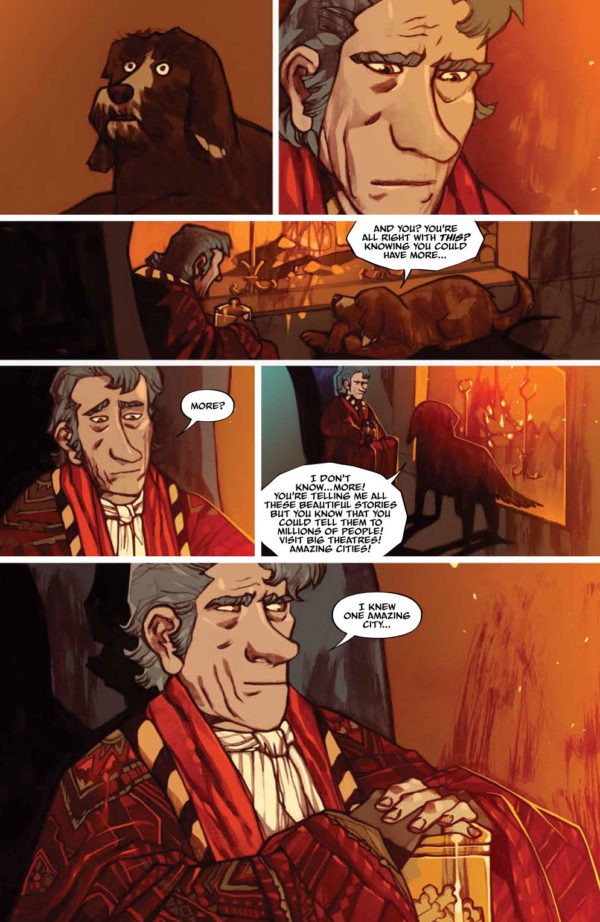 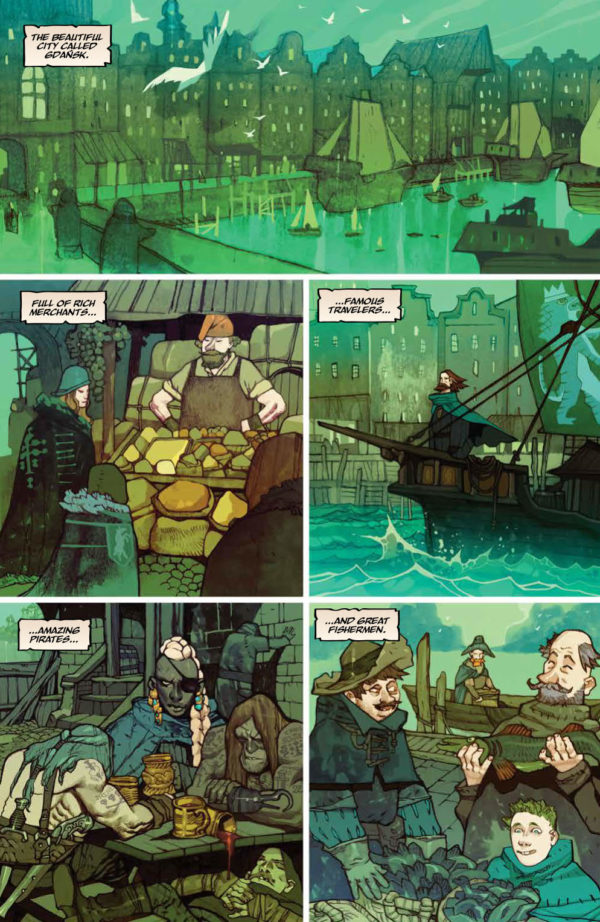 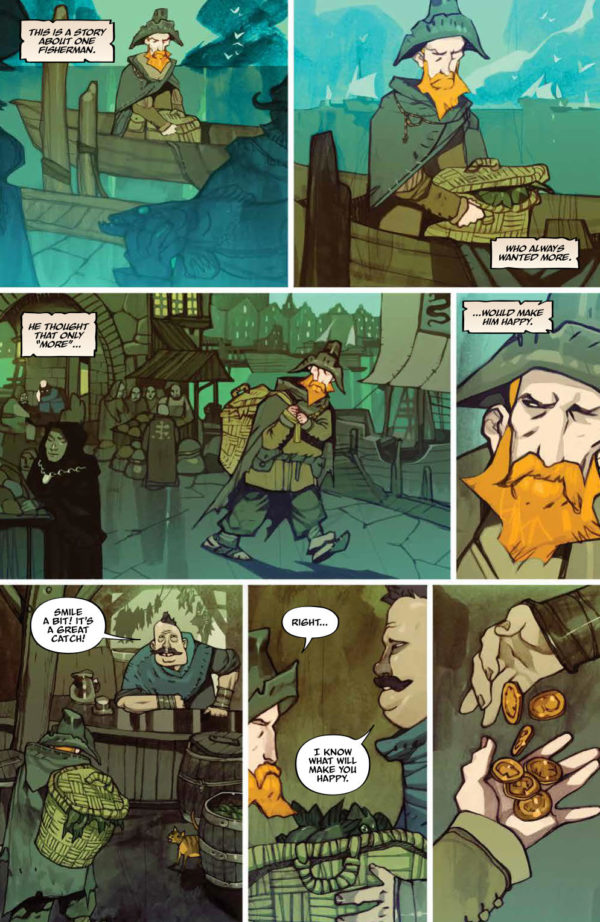 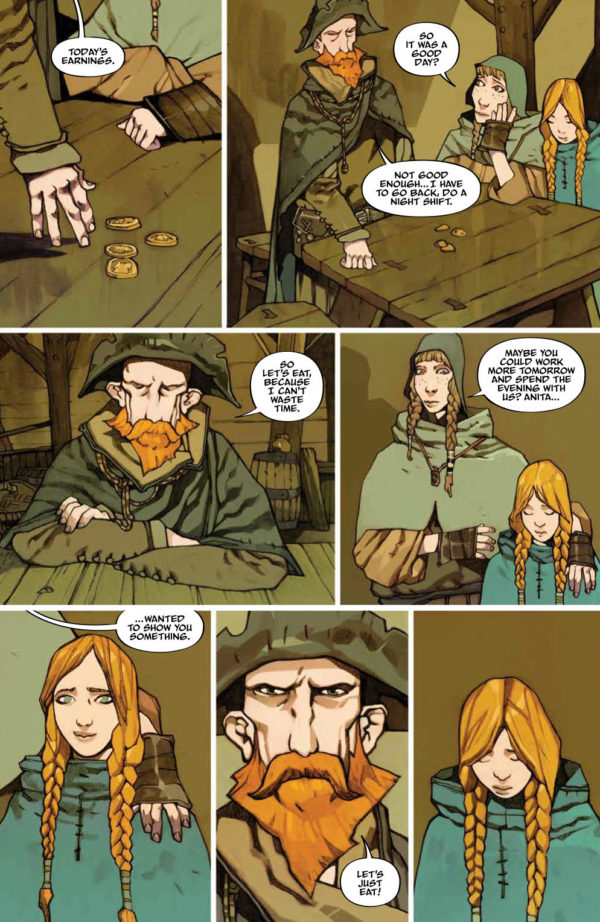 The critically acclaimed Jim Henson’s The Storyteller celebrates four mythic tales of sirens, inspired by folklore from around the world and told in the spirit of Jim Henson’s beloved television series.

In this first issue, Polish writer Sztybor Bartosz teams with artist Jakub Rebelka (Judas) to reimagine the classic Polish folktale “The Fisherman and the Mermaid”.

The fisherman is not happy with his life. He works all the time, struggling to make ends meet rather than spending time with his wife and their daughter. One day, while fishing, he hears a mermaid singing and the song overwhelms him with joy. He can’t stop thinking about this song so he captures the mermaid and imprisons her.