In an exclusive interview, Flickering Myth sat down with Chicago actress Allie Loukas to talk about her new movie Kathryn Upside Down, just released on all digital platforms. 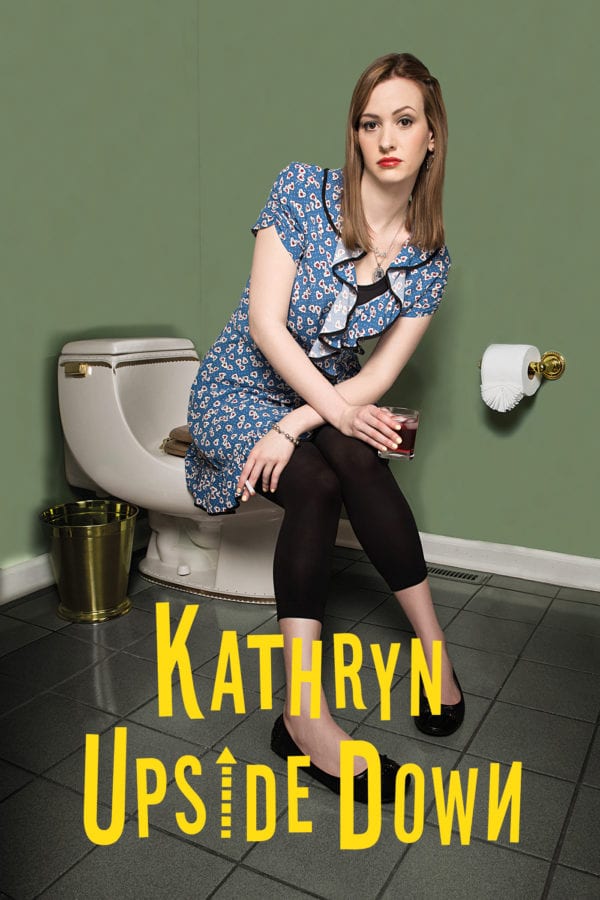 Congratulations Allie and thank you for taking time to talk to us. Can you tell us about your film Kathryn Upside Down, and your character Kathryn? She’s a very interesting character that isn’t typically portrayed on screen, she’s a tough cookie.

Hi, thank you so much! Yes, the film centers around Kathryn who meets her biological father, a plumber, for the first time, when a toilet overflows at an upscale garden party. Kathryn is a character with an edge, she’s very quick-witted and blunt with funny quips and quirks. She doesn’t terse her words. Her rough edge really gave her a nice character arc and landing because she changes so much throughout the film.

How did the project come about?

I had written plays and short skits, a funny and unexpected father/daughter dynamic always interested me and was a running theme throughout my writing. After a fashion I felt confident I could create something longer. One page turned into 100 and there I was with this project with a female lead and a risky character.

This film really revives a John Hughes style that hasn’t been seen in many years, what about his filmmaking inspired you?

I missed his films, I grew up with them, he was brilliant. We are also literally from the same town in Illinois. I thought if I could recapture that homegrown John Hughes feeling and put my own spin on it I could find a space for myself in an industry that’s so heavily saturated with content.

You wear many hats for the film. Writer, director, producer and lead actress. Can you tell us a bit about the process for you?

Yes, it was quite the challenge. I run my own production company with my mom, and so we did everything from ordering equipment to securing locations to placement of sound effects. It’s an uphill battle, but also great to be able to control as many variables as possible. The acting part ended up being quite interesting, because we were on a tight budget shooting multiple pages per day and had to let the other actors go home as soon as we could; so more than half of the time my close up shots were me talking to an “X” mark on the wall, or only having time for one or two takes. Needless to say, I was relieved in editing when that one take was usable! 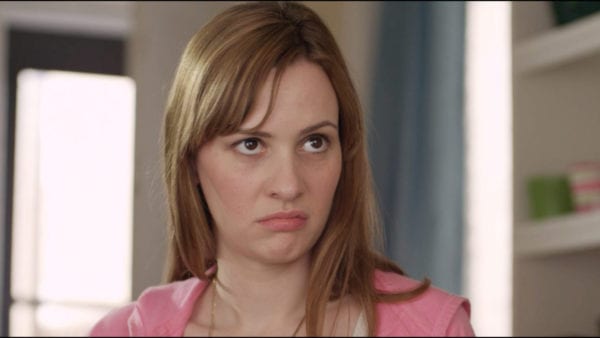 What do you enjoy most, the filmmaking behind the camera or acting?

I believe if I had to choose it would be filmmaking. It really gave me unbelievable perspective and understanding of the process. I am a better actor because I am a filmmaker, watching playback and editing yourself is the best way to see what did and didn’t work.

What other projects do you have in the pipeline?

I wrote script called Lucy Wall’s EX-Mas, it’s a modern spin on the romantic comedy about a late-20’s girl who gets stuck in Chicago for Christmas after a snowstorm hits. She ends up getting more than she bargained for when she unexpectedly spends the holiday with her co-worker and his drunken Irish family. It is a very fun project and has many shades of the National Lampoon’s Vacation series.

What personal advice would you give to someone wanting to break into the entertainment industry?

It may sound cliché, but never give up. If no one will give you a break you can always give one to yourself, you’re stronger than you think and have more talent than you think!

Our thanks to Allie for taking the time for this interview, as well as Liz Rodriguez from EMR Media for helping us with the interview. Catch Allie in ‘Kathryn Upside Down’ out on all digital platforms.