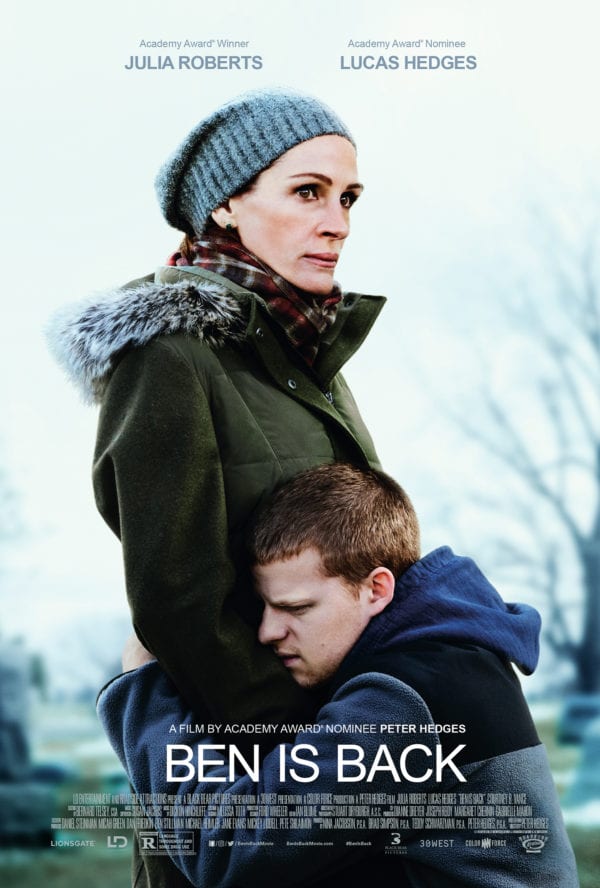 A mother’s loyalty to her drug addicted teenage son is pushed to the limits when he unexpectedly returns home.

It’s a family affair in more ways than one in Peter Hedges’ latest directorial feature, Ben Is Back. The drama — which explores drug addiction in American suburbia — stars son Lucas alongside Julia Roberts as a mother/son duo battling the shattering impact of substance abuse when he returns home from rehab on Christmas Eve.

With the UK release of Beautiful Boy less than two months ago, Ben Is Back upholds a recent trend in mainstream cinema: a focus on drug addiction within a white, middle-class family. The response has been less than encouraging, however. Despite the performances being largely lauded, box-office return and awards attention — or lack of, rather — has been fairly underwhelming. With Ben Is Back, Hedges is attempting to get things back on the straight and narrow.

And things certainly begin on a promising track. Like Felix Van Groeningen’s film, Hedges adopts a similarly distanced vantage point: that of the loving, well-intentioned, but ultimately helpless parent. Beautiful Boy had Steve Carell’s compassionate but clueless father David Sheff at the helm, but here Hedges opts for a more maternal approach. Roberts plays Holly: a devoted, driven mother of four whose deep-rooted loyalty to her adolescent son — the eponymous Ben (Hedges) — is firmly put to the test when he turns up on her doorstep unannounced, claiming to be 77 days clean. He’s come home, but is Ben really back? 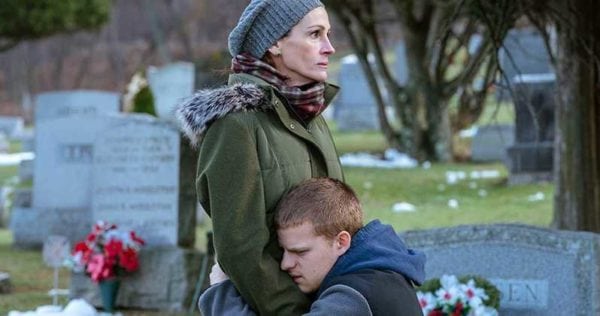 While Holly fights his corner, other family members — namely, younger sister Ivy (Newton) and step-dad Neil (Vance) — appear far less optimistic, convinced Ben’s arrival will only spark a return to his former ways. Trust is the name of the game here, a dilemma that Hedges’ arms-length approach plays poignantly into. Holly’s belief in Ben is in direct conflict with her own lingering doubt — she welcomes him home with open arms while simultaneously sweeping the house of all medication and possessions of any significant monetary value.

Ben is, by contrast, a closed book. An outcast scarred by the traumas of his past, he is both estranged and intimate; a combination that renders it almost impossible to grasp with any degree of certainty what motives fuel him. He’s undoubtedly used charm to deceive before, leading Neil to make the cutting assessment that were he a young black man, Ben would not have been afforded nearly as many chances. It’s a patient, pertinent, understated platform that allows the film to sustain an uncomfortable anxiety — a simple question eating away inside Holly: will Ben use again?

But such detachment paves the way for a film that on the whole plays things a little too safe. Shielding us from the more explicit, hard-hitting elements that constitute a life of addiction, Hedges hammers home his points via some all-too-neatly-packaged symbolism — one such sequence sees Ben and Holly scour the neighbourhood, quite literally  reopening doors to his past, in a bid to get his life back on track. 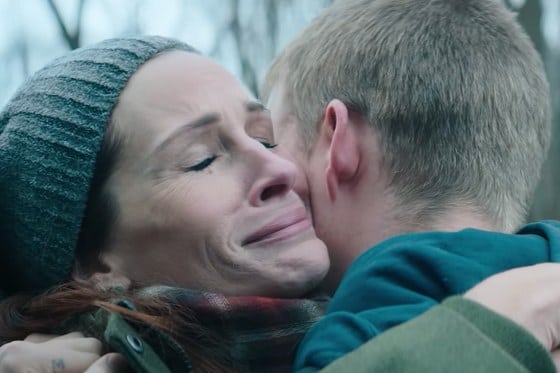 Equally, as it reaches its final third, Ben Is Back shakes any trace of engrossing nuance in favour of more familiar tropes, as the pair frantically navigate the twilight drug scene to retrieve the family dog. Ben must face former foes while Holly must reach emotional breaking point — complete with a couple of on-the-nose outbursts — before he is allowed his shot at redemption.

But even during these overly-routine sequences, it is the consistently stellar work of its two leads that elevates Ben Is Back to a suitably touching, at times impactful tale of substance abuse. Both Roberts and Hedges are on top form in a film that, while petering out into the realms of convention, never relinquishes a saddening truth: that thousands of families are going through exactly the same thing.