A walking talking and very sarcastic duck from outer space arrives on Earth thanks to a scientific accident that brings other beings to our planet. Unfortunately he’s not the only thing to be brought here. 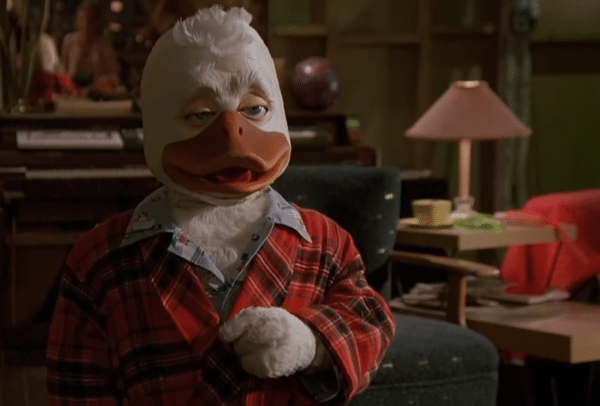 Oh yeah, you can have your Avengers: Endgame and your Black Panther but what about Howard the Duck? “Yes, what about him?” you might well ask because as well as this original cult 1986 movie the character has made a couple of small appearances in the Guardians of the Galaxy movies, prompting speculation that a new solo movie may be on its way. Until it does, 101 Films have added Howard the Duck to their Black Label imprint, helpfully reminding you why a new movie could be a good idea.

Originally appearing in a Man-Thing comic back in the early 1970s, Howard is a cigar-chomping, wisecracking duck who eventually got his own comic series as he became more popular, making a fan out of George Lucas (yes, that one) who wanted to make a movie based on the character, which he did after the mega-successful double-whammy of Return of the Jedi and Indiana Jones & the Temple of Doom. See? He does have a sense of humour. 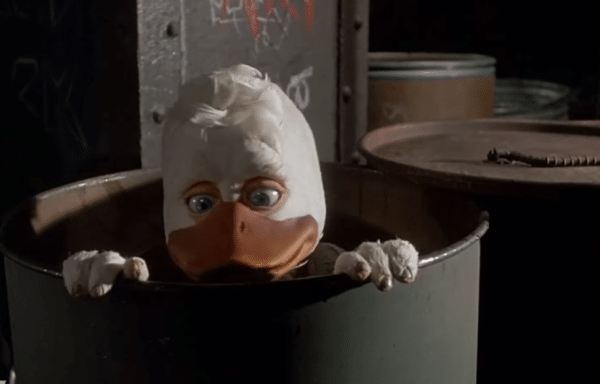 Not that you’d know it from this effort, which was made in a decade that Howard didn’t belong to, let alone a world he never made (as it says in one of his many taglines). Released in 1986, during peak ‘what everyone now thinks of when they think of the ’80s’ when all the cool women had crimped hair and the scumbag men dressed like Mickey Pearce from Only Fools & Horses, the version of Howard that we get here is a toned down version from the ill-tempered and cynical character that appeared in Marvel comics but the film is not without its moments when it comes to slightly dodgy scenes that wouldn’t go unnoticed these days when checking to see if the movie was suitable for young children. Ironically, the bizarre sexual politics would probably get a pass but the smoking of cigars would be a big no-no.

Anyway, in this movie Howard is an anthropomorphic duck happily living his life on his home planet when he is sucked through space and lands on Earth – Cleveland, to be more specific – where he befriends local rock musician Beverly Switzler (Lea Thompson – Back to the Future) and sets about trying to find a way to get back home with help from Beverly’s friend Phil Blumburtt (Tim Robbins – The Shawshank Redemption) and his scientist colleague Dr. Walter Jenning (Jeffrey Jones – Beetlejuice). However, things go wrong and the laser beam that brought Howard here in the first place brings back another alien life form that possesses Dr. Jenning before revealing itself as The Dark Overlord before trying to take over the universe… or something. 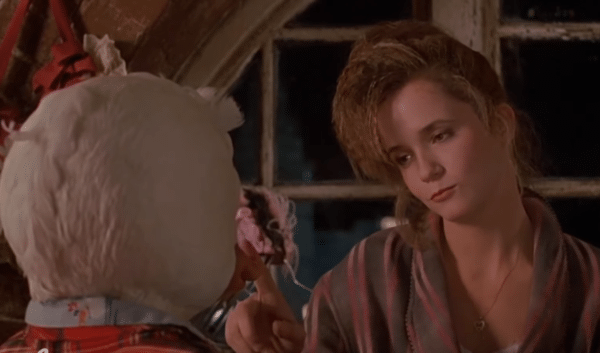 It’s a simple plot stretched out to a barely tolerable 110 minutes that seems to end about 20 minutes before that point but this being the indulgent 1980s we have to have several scenes of comedy cops, people being shocked at a talking duck – especially one who swears at them – and Howard and Beverly forming an unlikely romance, with one particular scene being particularly troublesome when it comes to what we are prepared to believe; yes, a walking, talking, cigar smoking humanoid duck is one thing but the extremely cute Lea Thompson falling in love and offering herself to him whilst in bed is pushing things a little too far in the plausibility stakes. And that’s without going into the female duck with breasts we see at the beginning of the movie!

But in all seriousness, Howard the Duck does have a reputation for being a terrible movie and, to be fair, it is a reputation well deserved because for all of its spectacle and moments of ‘what were they thinking?’ wonder, it really is quite dull. As previously mentioned, the running time is way too long but what is contained within that time lacks energy, pace and, for use of a better word, humour. There are moments to snigger at but the novelty soon wears off and, with the exception of Jeffrey Jones getting the tone and spirit of what the movie should have been bang on, there is very little to get excited about once things settle down for Howard after he lands on Earth. 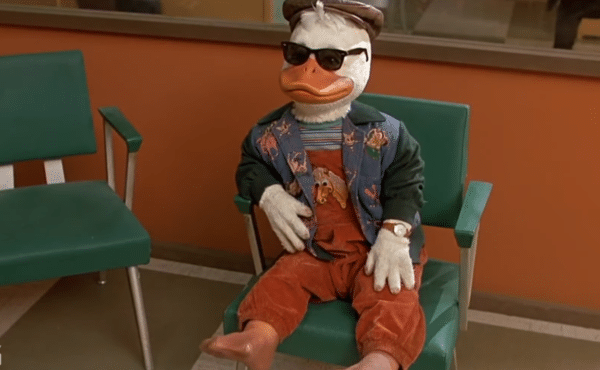 As with all the Black Label releases, Howard the Duck comes in a dual format Blu-ray/DVD package and contains a decent selection of extras, the most helpful to newcomers being BFI film curator Vic Pratt giving a brief history on the character and how he evolved from the comic books and into the movies. There are also audio commentaries, featurettes on the stunts, special effects and music (composed by ‘80s electronic icon Thomas Dolby and a lot of it actually performed by Lea Thompson) from the film, trailers and a collector’s booklet with writings by Charlie Brigden, so there is a lot to delve into but apart from the obvious appeal to Marvel completists and anyone bothered about what George Lucas did when he wasn’t making or tampering with Star Wars movies, Howard the Duck as a movie doesn’t really offer anything other than mild curiosity thanks to being all over the place tonally and not a lot of fun to sit through.