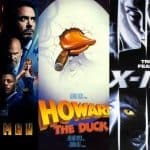 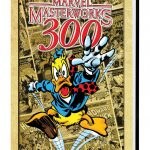 For over thirty years, the Marvel Masterworks line has collected some of the most seminal and iconic comic book stories in history, and in March 2021 Marvel will celebrate the milestone 300th volume by putting the spotlight on none other than Howard the Duck! Steve Gerber and his artistic cohorts Val Mayerik, Frank Brunner and […] 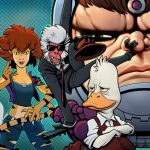 Well, it seems we have more causalities from Marvel Television’s shift to the Marvel Studios umbrella, as THR is reporting that the newly-renamed Marvel TV Studios has scrapped its plans for the animated comedy series Howard the Duck and Tigra & Dazzler Show. The two shows were set up at Hulu alongside M.O.D.O.K. and Hit-Monkey, […] 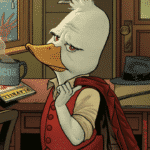 Despite the recent news that Marvel Television is closing its doors, with TV output falling under the remit of Marvel Studios, it was reported that the entertainment giant will continue to move ahead with all of its previously announced projects, and now Kevin Smith has confirmed that, as far as he is aware, it’s business […]

Along with his upcoming View Askewniverse return Jay and Silent Bob Reboot, Kevin Smith is also set to dabble with another shared universe, the filmmaker teaming with Dave Willis (Aqua Teen Hunger Force) to develop the animated Marvel series Howard the Duck for Hulu. Speaking at Comic-Con (via Comic Book), Smith has offered an update […] 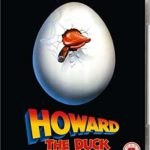 Howard the Duck, 1986. Directed by Willard Huyck. Starring Lea Thompson, Jeffrey Jones, Tim Robbins, Ed Gale, and Chip Zien. SYNOPSIS: A walking talking and very sarcastic duck from outer space arrives on Earth thanks to a scientific accident that brings other beings to our planet. Unfortunately he’s not the only thing to be brought […] 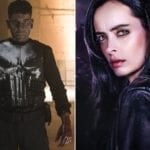 Allen and Gerald get together to talk out the slow news week, including Kevin Smith’s comments on the Howard the Duck animated show he’s doing with Dave Willis, the rest of the Marvel/Hulu slate of animation, Reggie Fils-Aime announcing his retirement from Nintendo of America, and some persistent, if questionable rumors of Microsoft’s X-Box services […] 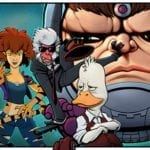 Earlier this month it was announced that Hulu is expanding its Marvel output beyond Runaways with four new adult animated series – Howard the Duck, M.O.D.O.K., Hit-Monkey and Tigra and Dazzler Show – building to a limited series team-up entitled The Offenders. Check out the official synopses for the five shows here: Marvel’s Howard the Duck is […] 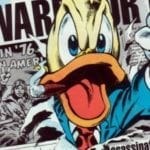 Last week it was announced that Marvel and Hulu are teaming up for four animated series and a standalone crossover special, one of which – Howard the Duck – is being produced by Clerks director Kevin Smith, along with Dave Willis (Aqua Teen Hunger Force). Speaking to the official Marvel site, both Smith and Willis […]

In a deal similar to that struck between Marvel and Netflix for The Defenders, it has been announced that Marvel and Hulu are set to assemble The Offenders, with four new adult animated series – Howard the Duck, M.O.D.O.K., Hit-Monkey and Tigra & Dazzler Show – which will then lead to a crossover team-up special. […]