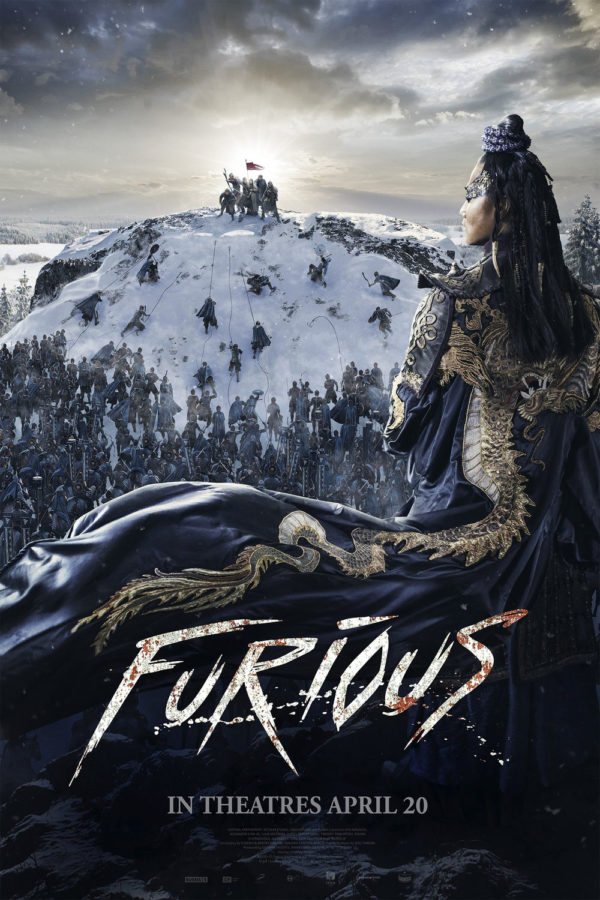 In the 13th century, the Horde controls most of the known world. Now, an amnesiac Russian soldier sets out to get revenge on the Mongol army that destroyed his village.

Right from the start, Furious never fails in producing a visually appealing fantasy epic that feels like 300 meets The Lord of the Rings. Furious tells the story of Evpaty Kolovrat, a Ryazan soldier who suffers from a very peculiar amnesia sub-plot, meaning he has to rebuild his memories every day whilst attempting to push back the invading Mongol force led by Emperor Batu Khan. Although, how much of this is based on real history is questionable as the film decides to take on a fantasy driven approach that feels removed from real life.

Directors Dzhanik Fayziev and Ivan Shurkhovetskiy are heavily influenced by Zack Snyder’s ‘300’ as almost every action sequence is complimented with stunning slow motion and plenty of blood galore – that are plentiful to say the least. If that wasn’t enough, anyone familiar to the general story of 300 – a small band of valiant soldiers outnumbered and under-powered against an incoming army – will have no problem following Furious, as it consistently feels like a beat for beat Russian re-imagining of the 2006 period action film. Therefore, resulting in a highly predictable narrative arc that ends with a similar theme of heroism.

Unfortunately, besides from beautifully choreographed fight scenes and stunning backgrounds, there’s nothing else that makes Furious stand out against other films in the genre. Evpaty, played by Ilya Malakov, is sympathetic and likeable but consistently acts emotionless and often disinterested during some of the most emotional scenes (which could be a result of Ilya being a newcomer to acting). Yes, this characteristic is perfect during the battle sequences but during scenes of happiness or devastation, it is incredibly off-putting.

Although, this was the case for most of the cast who mainly stand about looking unresponsive or unengaged in the world the directors are building. However, the biggest culprits are the Mongols who are not given any depth for their actions and are simply just invaders who need to be defeated.

As much as I liked the visually impressively backgrounds, the same cant be said for the costume design. There lacks any form of variation in the costume production and when there is a deviation, I was dubious as to why the filmmakers chose this route. In particular, Batu Khan’s costume design and eye makeup reminds me heavily of Ru Paul.

In the end, Furious manages to be massively entertaining with extravagant cinematography and stylish choreographed action scenes. If you are looking for a period action film similar to 300 this could be the answer for you. However, the disorganised acting, out of place humour and horrendous costume design is questionable at best.