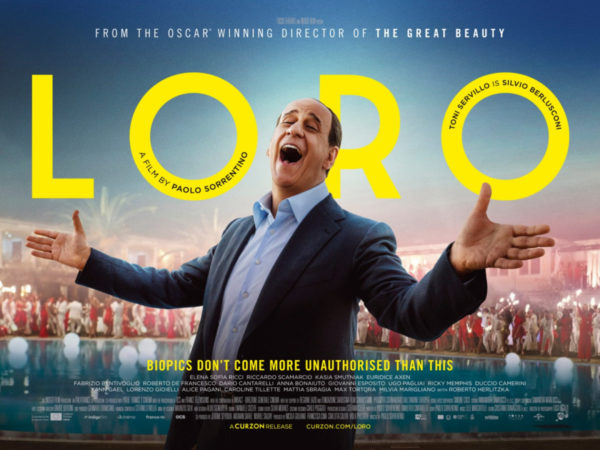 The epic and unauthorised tale of Silvio Berlusconi – Italy’s most infamous politician and party boy. 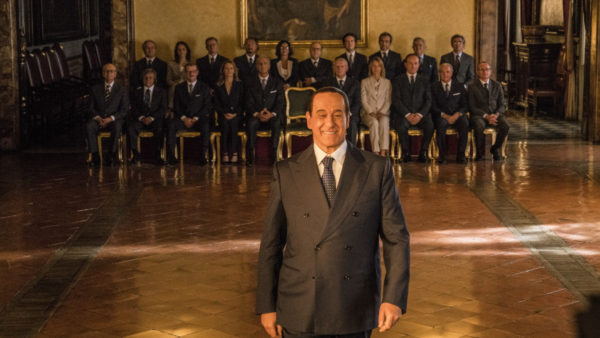 A lengthy legal disclaimer at the start of Paolo Sorrentino’s epic Silvio Berlusconi biopic – released in two parts in Italy, but cut to a single two and a half hour version for its international bow – declares, among other things, that elements of the story are from Sorrentino’s “free imagination”. What follows is a ramshackle odyssey of dangling story threads in which narrative coherence is often in short supply. However, it’s anchored by a towering, chameleonic performance by Toni Servillo at its heart and it emerges as a compelling tale of power and corruption.

Servillo’s pantomime Berlusconi is the main attraction here but, bafflingly, the film starts with ambitious young businessman Sergio (Riccardo Scamarcio). Much like the audience, he’s desperate to get to Berlusconi and teams up with Kira (Kasia Smutniak), known as the Queen Bee, to set up the kind of fleshy beach party that will definitely attract the big guy’s attention. Meanwhile, Silvio’s political rivals are massing against him as they smell the blood of broken promises in the electoral water.

Plot-wise, Loro is rather lighter than you’d expect a two and a half hour political biopic to be. However, Oscar winner Sorrentino admirably realises that it’s his characters that are the interesting factor at play here. The focus is always on crafting delicious dialogue for his performers and, although it sometimes takes a sidestep into outright theatricality, it’s always entertaining. One final confrontation between Berlusconi and his wife is scripted with the kind of verbose venom that powered the best moments of Richard Linklater’s Before… trilogy. 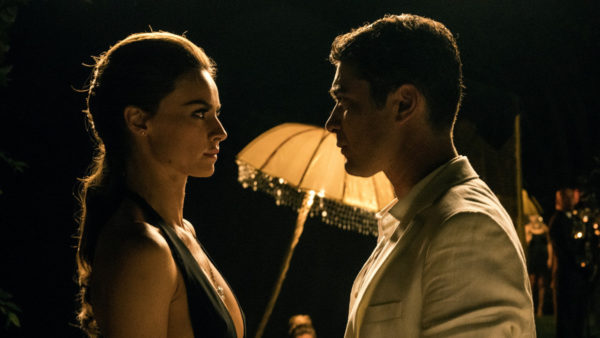 Occasionally, though, there’s a dose of indulgent nonsense that threatens to derail the whole movie, such as a segment in which the effects of MDMA are described in dispassionate detail. It feels like Sorrentino’s nod to The Wolf of Wall Street, but it’s not at all in keeping with the tone of the rest of the film. There are numerous subplots like this that are languid and unnecessary, left dangling by Sorrentino’s ill-disciplined storytelling, and it’s only the consummate skill of the visual filmmaking that holds the movie together.

A lot of this success is down to Servillo, whose performance as Berlusconi is nothing short of perfection. When Sorrentino finally pulls the trigger and introduces us to him, he emerges in vivid technicolor and wearing an almost artificial grimace, like a clown – albeit one who wield extraordinary political power through sheer force of the two Cs – cash and charisma. He lies as easily as he breathes and opines that “having it all isn’t enough” like a sort of real world Tony Montana.

But the true genius of Servillo’s performance is in the other side of Berlusconi. He’s a man who takes any personal knock enormously hard and thrives on his self-image, crumbling like a fairy cake whenever that image is challenged. Wisely, Sorrentino allows a scene in which Berlusconi poses as a real estate salesman on the phone to stretch almost endlessly, holding on Servillo’s face as he pulls out every trick in the book to woo the ‘client’ on the other end of the line. 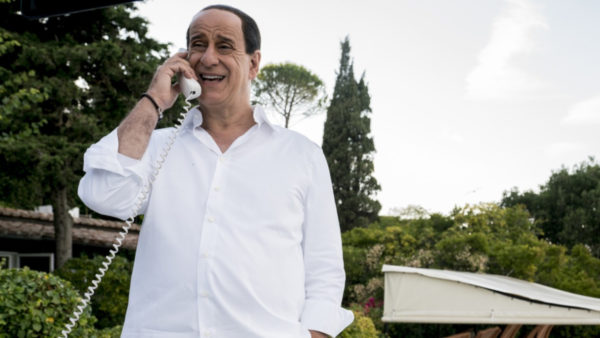 Similarly, a sequence in which a reticent member of Sergio’s harem (Alice Pagani) rebuffs Silvio’s advances with a brutal comparison it would be a crime to spoil is played perfectly, with Servillo immediately communicating the abrupt change in Berlusconi’s demeanour as his pride is pricked like an unwanted balloon.

The viewpoint of Loro towards Berlusconi is one of condemnation, but also of grudging admiration. This is a whirlwind of a man who is able to get what he wants through force of personality, as much as money. Servillo excels when he plays the loony, overwrought side of Berlusconi the party boy, but he also flies high when depicting the rather pathetic side of him as an old man who still wants to act as if he’s a hedonistic 20-something living a life without consequences.

It’s a film that, like its protagonist, is unruly and entirely unmoved by the shackles of story structure. The worst things about it are often also the best, with as many of its languors proving to be fascinating as emerge to be fruitless. Certainly, the story of Sergio that forms the movie’s first act is neglected by the end, mostly because it is entirely absorbed and usurped by Servillo’s all-consuming presence. At times, it feels like two movies smashed together and clumsily cut to fit. For the most part, however, it’s a fascinating glimpse behind the facade of political domination.