Martin Carr reviews the thirteenth episode of The Orville season 2… 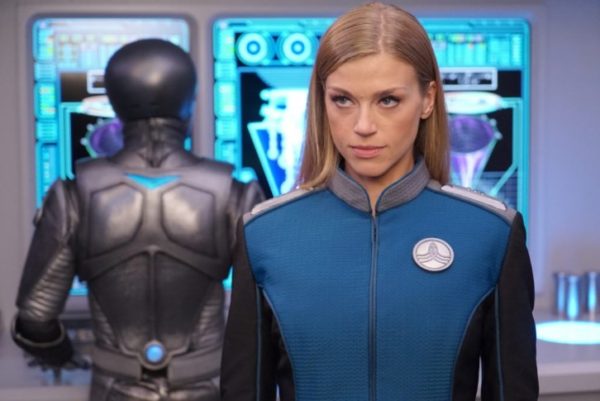 Second chances are something we all wish for whether educational, emotional or professional. Yet rarely do people consider the repercussions of that hypothetical as self-interest and nostalgia cloud judgement calls or rose tint recollections. Physics aside The Orville thankfully focuses on just those elements where emotional fallout, psychological impact and long term ramifications are dissected before throwing a customary curveball into proceedings.

Cinema has already delved deeply into this can of worms and encompassed space age phenomenon through Solaris, whilst more eclectic solutions were broached in Eternal Sunshine of the Spotless Mind. What The Orville does is cherry pick elements from both whilst throwing in a twist or two of its own design. Adrianne Palicki’s Kelly Grayson is given much of the heavy lifting and successfully grounds events without relying on anything obvious. A mandatory set piece is employed as an entertainment smokescreen, while more diverse topics are examined, psychological situations explored and ambiguous conclusions drawn. 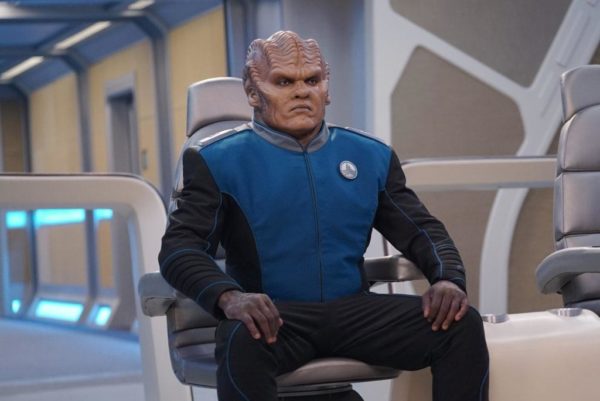 The why and with whom of long term relationships are subtlety dissected while narrative choices provide answers for any decisions made. However what The Orville ultimately does with no small amount of humility is reserve judgement, focus on reconciliation and redemption while implying emotional growth. Knock on affects from a second chance scenario are shown from both sides while key characters have epiphanies which could have only be gained through experience. This episode might not serve up comedic asides by the spade but neither is it sombre, serious or otherwise less than even handed. After the non-event of Sanctuary last week this penultimate episode brings back the balance which MacFarlane envisioned from the outset.

However after the set pieces, talk of time travel and alternate time lines there is one more sting in the tail, which promises a finale worthy of emotional investment. In those final few minutes you will be backed into a corner, stripped of navigational aids and metaphorically set adrift.