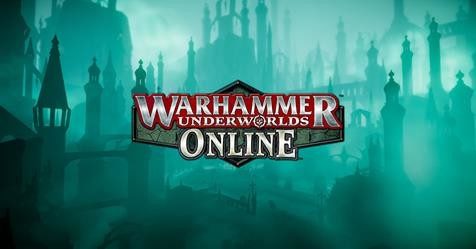 In this strategic two player game, players will choose a warband, build up their deck and face off against their opponent in action packed, turn based combat.  By defeating enemies and fulfilling objectives, players will earn Glory and whoever wins the most Glory wins.

At the heart of Warhammer Underworlds: Online is the deckbuilding element and this element will see players construct a 12 card objective deck that will shape the tactics used in battle, and a 20 card power deck that is filled with powerful upgrades.  There will also be a range of diverse universal cards that will highlight the strengths of each warband.

“Bringing Underworlds to life is an amazing opportunity for us,” said Creative Director, Neil Rennison. “This game has the potential to connect a thriving, global community of players and we plan on doing just that, by delivering an incredible Warhammer Underworlds experience.”

There will be continual support with the release of free cards at regular intervals and extra warband DLC expansions released for an additional cost.