This past December, The CW’s annual Arrowverse crossover ‘Elseworlds’ concluded by revealing that 2019’s big event will be titled ‘Crisis on Infinite Earths‘, suggesting an adaptation of the seminal DC Comics limited series from Marv Wolfman and George Perez.

Well, after being set up in the season finales to both The Flash and Arrow, The CW President Mark Pedowitz has revealed the first details about Crisis on Infinite Earths, confirming that it will be a five-part event featuring The Flash, Arrow, Supergirl, DC’s Legends of Tomorrow, and the latest addition to the Arrowverse, the Ruby Rose-headlined Batwoman.

Pedowitz also went on to reveal that the five-parter will be split across two quarters, with the first three parts airing in December before wrapping things up after a winter break with the final two episodes in January.

The Crisis on Infinite Earths comic book event saw the Anti-Monitor (the evil counterpart to the Monitor) destroying the various Earths in the DC Multiverse, and resulted in the creation of a single DC Universe – not to mention the deaths of major characters such as Supergirl and The Flash. Whether any of this plays out on screen remains to be seen of course, but with Arrow coming to an end with a shortened eighth season, Oliver Queen may want to watch his back.

Are you looking forward to Crisis on Infinite Earths? Can you see The CW killing off any of its major heroes in the event? Let us know your thoughts in the comments below or tweet us @FlickeringMyth… 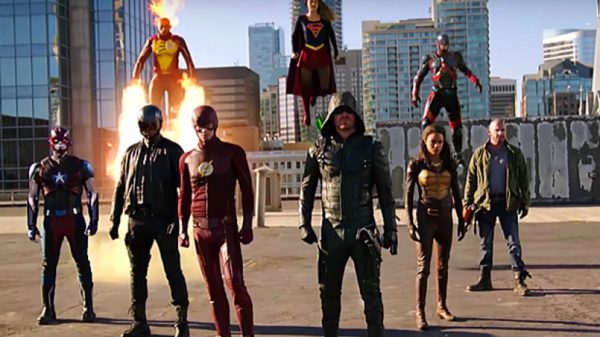