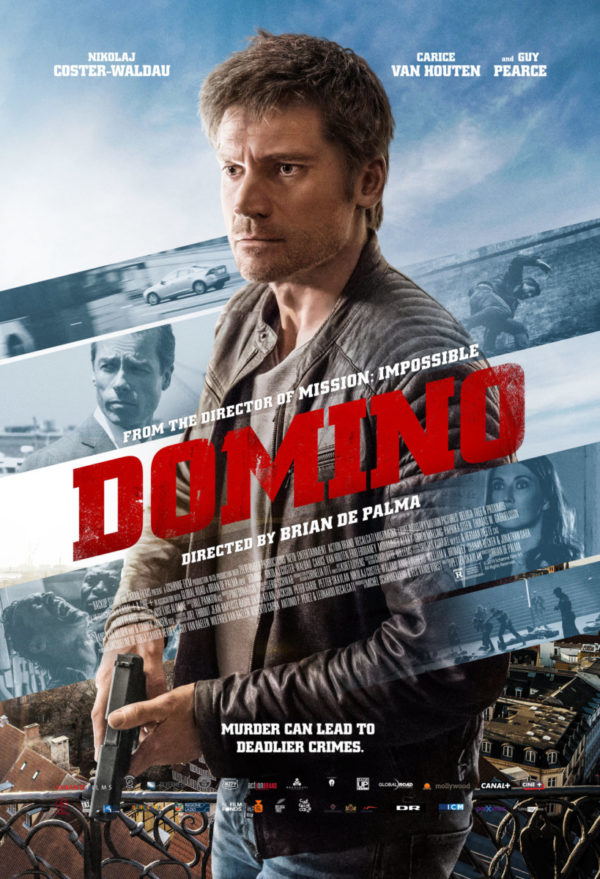 A Copenhagen police officer seeks justice for his partner’s murder by a mysterious man. 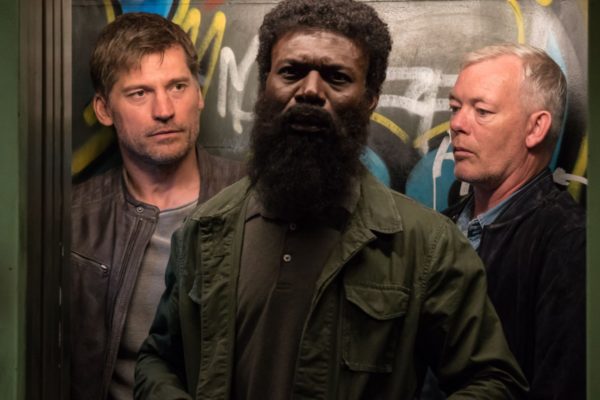 Calling Brian De Palma’s new thriller a “troubled project” would most certainly be an understatement, given that it started shooting back in 2017, suffered through production-crippling funding issues and saw producers reportedly cut an hour of material to achieve a “more commercial” 89-minute run-time.

With a narrative and script so utterly generic and procedural, it’s tough to imagine what attracted De Palma to it in the first place. Christian (Nikolaj Coster-Waldau) is a Copenhagen cop seeking revenge for the murder of his partner Lars Hansen (Søren Malling), who was offed by ISIS member Imran (Eriq Ebouaney). Imran is also being sought out by shady CIA agent Joe Martin (Guy Pearce), who has his own icky designs on Imran, sending these characters on a collision course with one another.

Even as it’s transpiring, Domino‘s plot begins to seep from the short-term memory, and honestly, even your average Bruce Willis STV joint feels (slightly) more red-blooded than this. It’s a film so aggressively committed to formula it comes close to giving off a self-aware satirical whiff, but Bad Lieutenant this ain’t, and at this stage in his career, De Palma’s sadly no Werner Herzog. 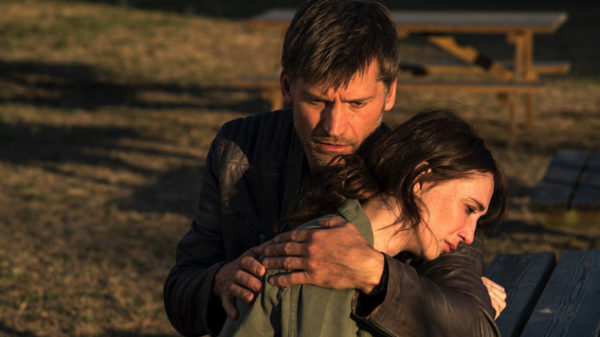 The laughs nevertheless come thick and fast – albeit of the unintentional variety. One character has their throat slit before angrily insisting, “I’m fine!”, while Carice van Houten’s introduction into the story (as Lars’ mistress) is so hilariously clumsy and unnatural it wouldn’t feel out of place directed by Tommy Wiseau.

But as utterly soulless as the revenge thriller throughline might be, the real disappointment is De Palma’s sloppy direction. From the garish, badly-lit cinematography through to the obvious, played-out shot selections, there’s rarely a moment where Domino doesn’t feel like a TV movie.

Though the occasional flecks of mild stylistic ambition ever-so-slightly evoke the De Palma of better times, the results generally turn out more goofy than anything. A video game-esque first-person sequence in which a terrorist shoots up the Netherlands International Film Festival, for example, tips the hat to De Palma’s noted love of POV shots. With its abundance of CGI gunfire and blood, however, it looks more like a cheap YouTube short.

At least that scene is mercifully brief, compared to an agonisingly dull finale comprised largely of relentless images of men holding binoculars, outrageously silly use of a drone, egregious slow-mo and, yes, more CGI gore. The final violent exclamation point is too daft to spoil, but needless to say, it’s far away from even the basically efficient action promised by the generic poster and trailer.

Even a sweeping orchestral score from legendary Italian composer and regular De Palma collaborator Pino Donaggio can barely help raise the pulse; it implies the operatic bombast and self-consciously lurid thrills that coloured the director’s earlier career, yet isn’t remotely backed up by anything else the film has to offer.

Performances are meanwhile of the generally bored variety, and one suspects the principal cast only signed on to work with one of Hollywood’s most iconic living filmmakers. Coster-Waldau never quite seems sure what accent he’s supposed to be committed to, while van Houten is thanklessly relegated to a grieving mistress archetype.

In fact, the only remotely successful character or performance is provided by Guy Pearce, whose animated turn as a rootin’ tootin’ CIA stuffed-shirt clarifies he’s the only actor in the movie aware of exactly what he’s starring in. Pearce instantly identifies himself as one of the few actors with the swagger necessary to pull off the line, “We’re Americans, we read your e-mails”, with a straight face.

In frustratingly, ironically circuitous fashion, Domino sees De Palma’s career circling back around and dishing up what amounts to a moderately well-produced student film. Despite clocking in at barely 80 minutes sans-credits, it’s still a stamina-sapping slog, weighed down by scene after scene of leaden, mumbled chit-chat. Beyond the filmmaker’s most hardcore fans, there’s no way to recommend this shockingly inept disaster. 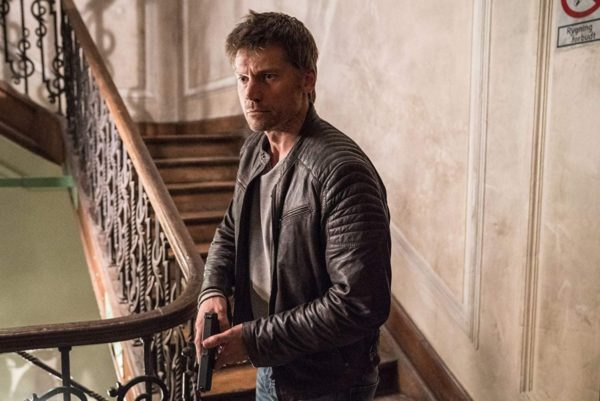 Brian De Palma’s first film in seven years marks a depressing, even embarrassing career-low for the master filmmaker, extending his losing streak to an entire quarter-century. As for why he (or more likely his producers) settled on the title Domino? I’m still left wondering.