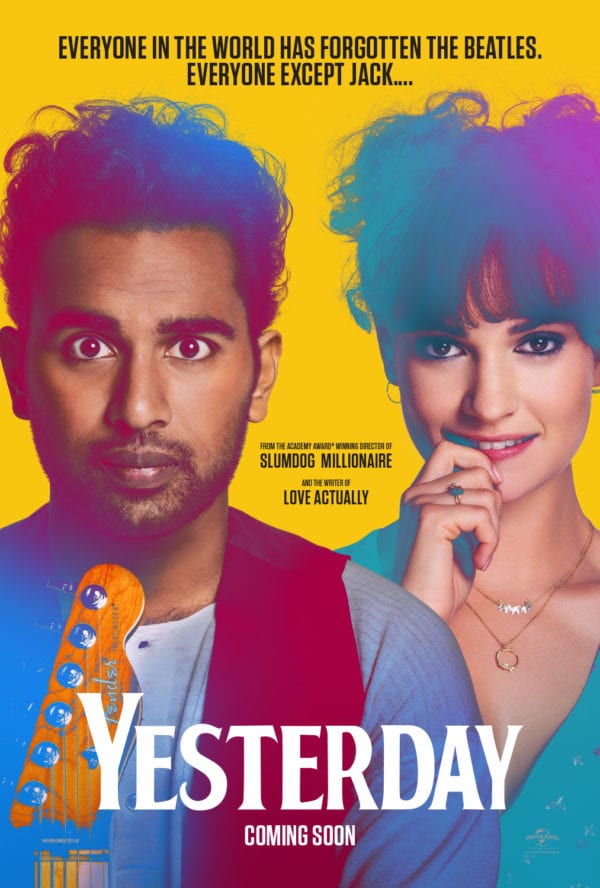 After a freak electricity outage and ensuing accident, a struggling musician realises he’s the only person on Earth who can remember The Beatles. 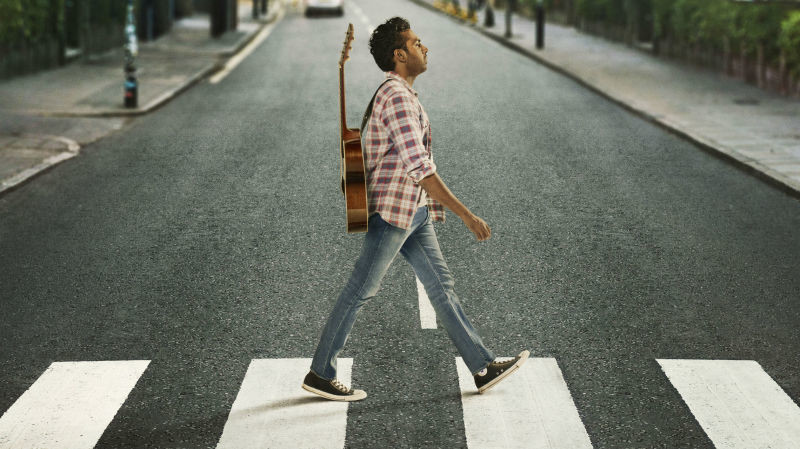 A film written by Richard Curtis, directed by Danny Boyle and built around the back catalogue of The Beatles? As well as being one of the most British sentences written in a while, that’s going to generate a lot of expectation. You can successfully imagine a lot of what Yesterday will deliver (why meddle with the frightfully English, successful romcom formula?), and that’s not necessarily a bad thing. Like a comfortable jumper, people appreciate knowing what they are about to watch – but there are also a couple of inventive twists towards the end of Yesterday that are not as easy to predict.

Jack (Himesh Patel) is a struggling (emphasis on ‘struggling’) singer-songwriter from Suffolk, ready to pack in his music career. The freak accident that sets him up as the only person who has any knowledge of The Beatles and their musical back catalogue presents a golden opportunity for him to pursue the kind of success he’s always dreamed of. And Ed Sheeran pops up because we’re in Suffolk, obviously.

Yesterday does take its sweet time to get going, and set up the film’s premise – because while it’s nice to leisurely settle into things, Curtis’ character development is a little sketchy, and the humour is only mild at best. Once Jack is firmly pushed into his meteoric rise to stardom though, the film properly finds its feet as it examines the perks, pitfalls and amusing scenarios that play out when you’re desperately trying to recall the lyrics to ‘Eleanor Rigby’. 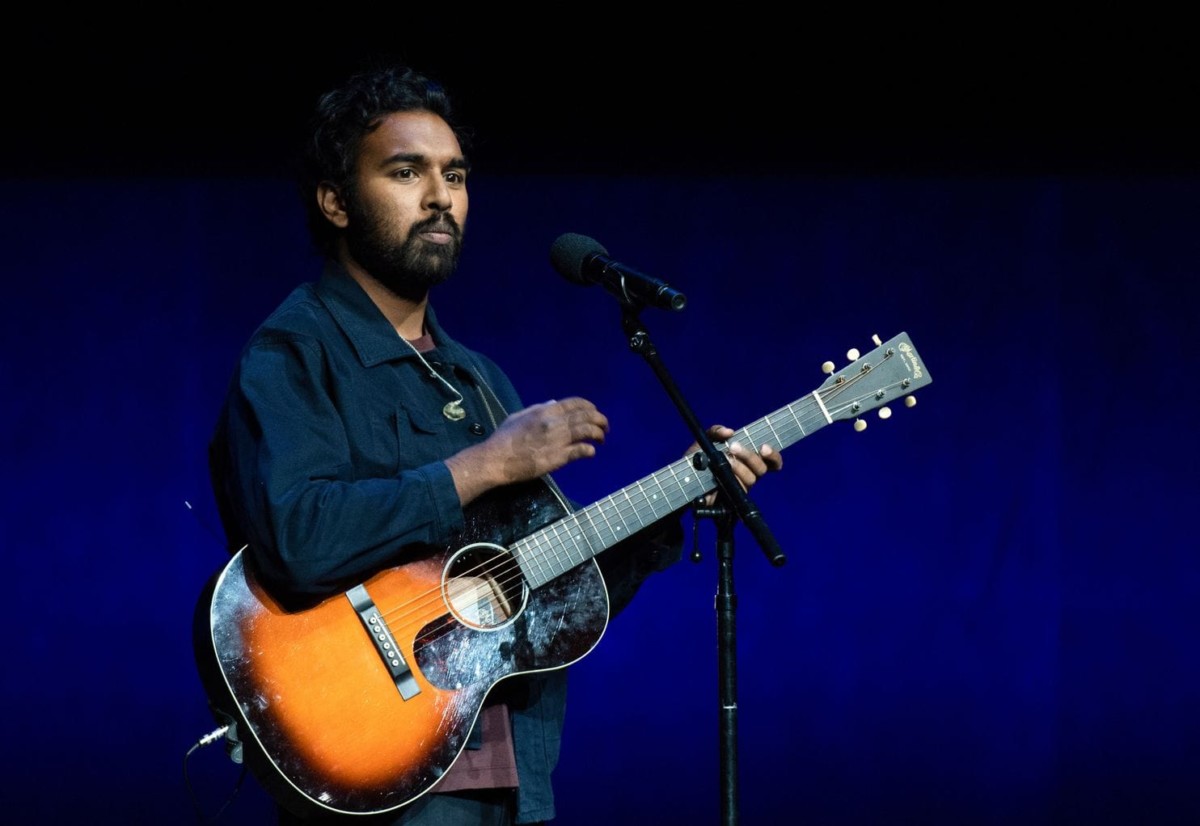 Patel, previously of EastEnders, is an excellent choice for Jack. He’s the millennial Hugh Grant character, mumbling and slightly more down-played – but much less self-consciously. He nails the ‘everyman’ vibe, and exudes the panic of suddenly having the world at your feet, and feeling a fraud. Equally importantly, his voice is lovely – and what a delight it must be to sing all The Beatles’ hits!

Lily James struggles a little more as Ellie, Jack’s best friend who is rather obviously in love with him. She’s been written into the corner a bit, as the supportive female in the wings – but their relationship is quite satisfyingly messy and unfulfilled, which is rather more realistic than your average movie. It’s also able to examine the price of fame, and how society immediately elevates people. In the age of viral stars – which Yesterday embraces – this seems pretty damn relevant.

The Richard Curtis gang of friends is affectionate, sarcastic and mean as ever, although perhaps a little underused. Sophia Di Martino’s Carol nevertheless enjoys a cracking line when she proclaims that ‘Yesterday’, rather than being one of the greatest songs ever written, “is not Coldplay. It’s not ‘Fix You’…”. Joel Fry’s Rocky, however, is the Spike (Notting Hill) for our times. Cheerful, useless, disgusting – and totally unapologetic. He has form in this sort of role (see: ITV2’s Plebs), and his star rightfully shines. Rocky’s need for crisps even manages to undermine one of the most emotionally delicate scenes of the film. 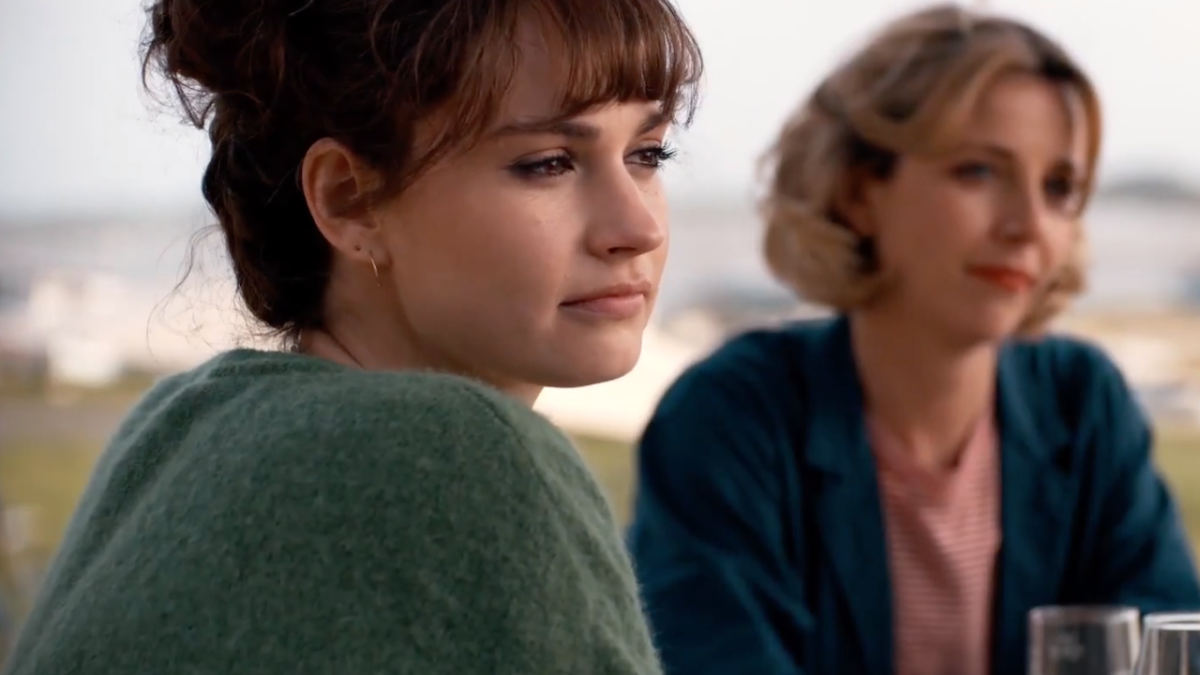 The casting of Kate McKinnon as manager Debra allows for all-out repulsion as she embodies the sharkiest of LA sharks. By Curtis writing in the broadest of brushstrokes – and McKinnon reining in some of her zanier Saturday Night Live tendencies (thank you, Danny Boyle) – they meet in a pretty well-judged middle.

One of the most enjoyable aspects of Yesterday is the myriad of different and amusing ways in which the screenplay can affectionately dismiss a body of music that the world holds in awe. All of The Beatles’ original album titles are dismissed as ridiculous, Ed Sheeran suggests ‘Hey Dude’ as really being far superior to ‘Hey Jude’ – and Jack keeps getting interrupted when he’s trying to debut ‘Let it Be’ (“Leave it Be”) in front of his parents (Meera Syal and Sanjeev Bhaskar). There’s also the panic for Jack when he has to explain his song ideas, without ever having been to Penny Lane – or even Liverpool! 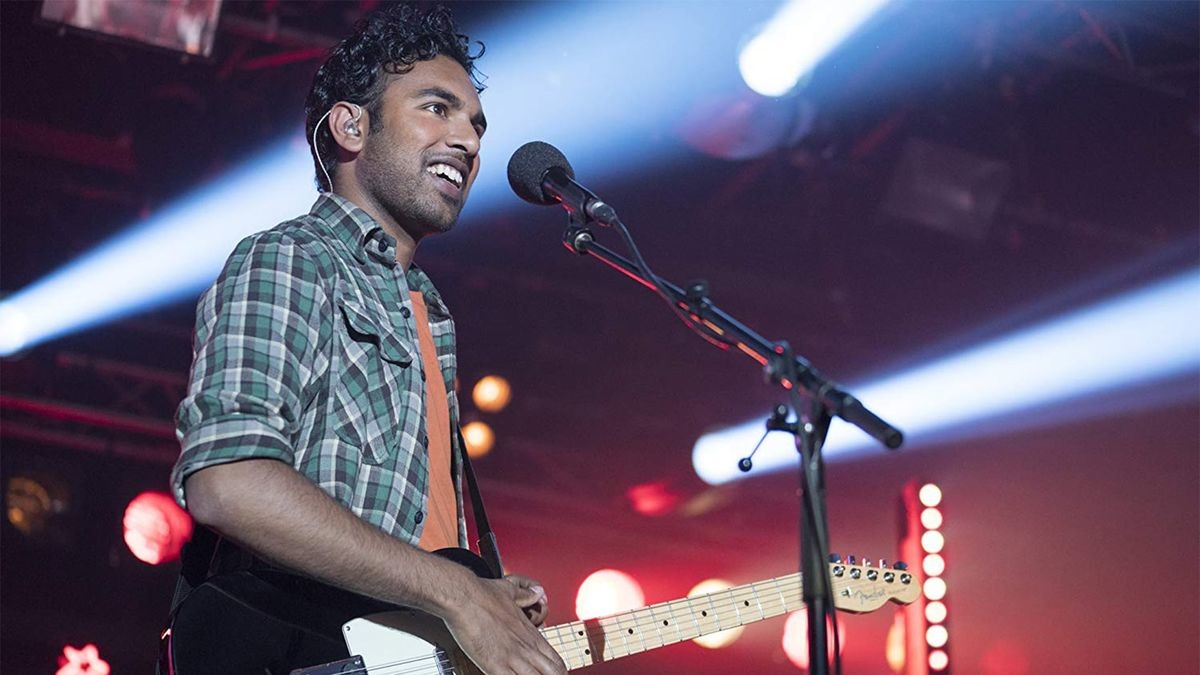 A trickier aspect of Yesterday is potentially Ed Sheeran’s involvement. Although there is fun had with other parts of pop culture that have also been wiped from the global consciousness, Sheeran’s involvement firmly places Yesterday in the later 2010s. Richard Curtis’ films are often of their time (Four Weddings and a Funeral; Notting Hill), but there is nothing before that has quite so firmly signalled that to an audience. He’s also not The Beatles (not that he ever suggests he is), and there hasn’t been the same decades of space between release and continual acclaim. Twenty years from now, could his inclusion seem a little quaint?

Although it might be difficult to judge the staying power of Yesterday, especially when viewing it through the prism of Curtis’ biggest hits of 15 – 20 years ago, it is undeniably a fun ride. A slightly lacklustre opening 20 minutes or so are also balanced out by the final few twists being neatly unpredictable. And at the end of the day, the tale of an underdog – and affectionately undermining the success of the most famous band in history – will always do pretty well with British audiences.