Coming hot on the heels of the series finale ‘The Iron Throne’, Sideshow has unveiled Threezero’s 1:6 scale Jon Snow figure which is based on the appearance of Kit Harington in the eighth and final season of the HBO fantasy epic Game of Thrones. The collectible is available to pre-order now, priced at $188.00; take a look here… 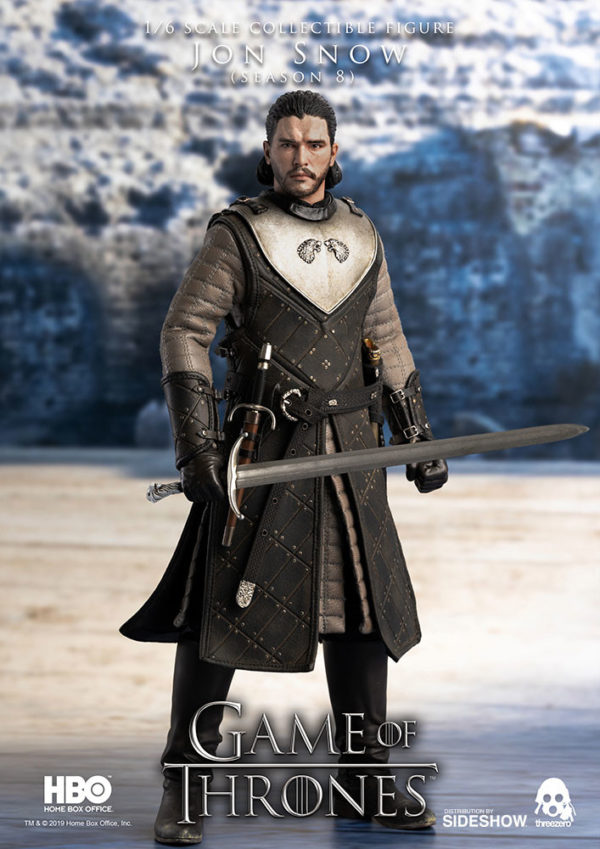 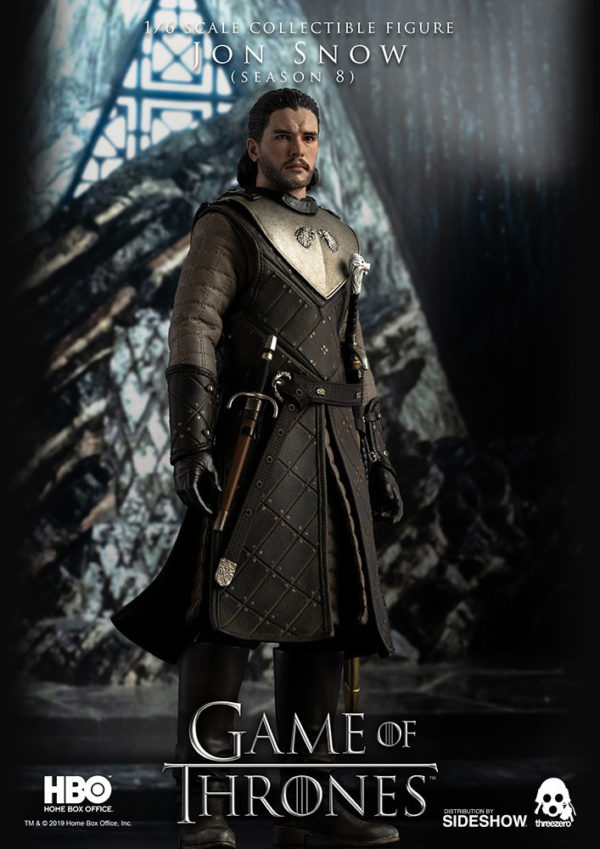 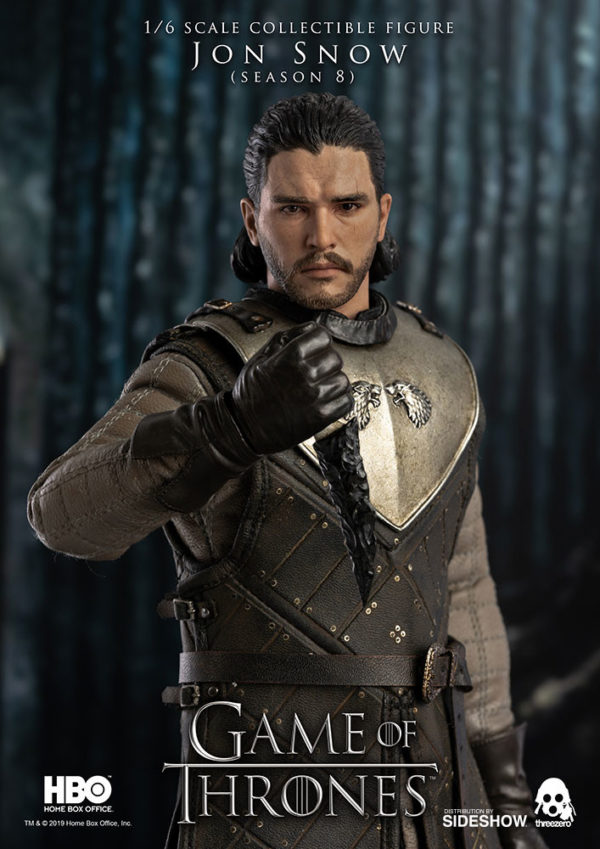 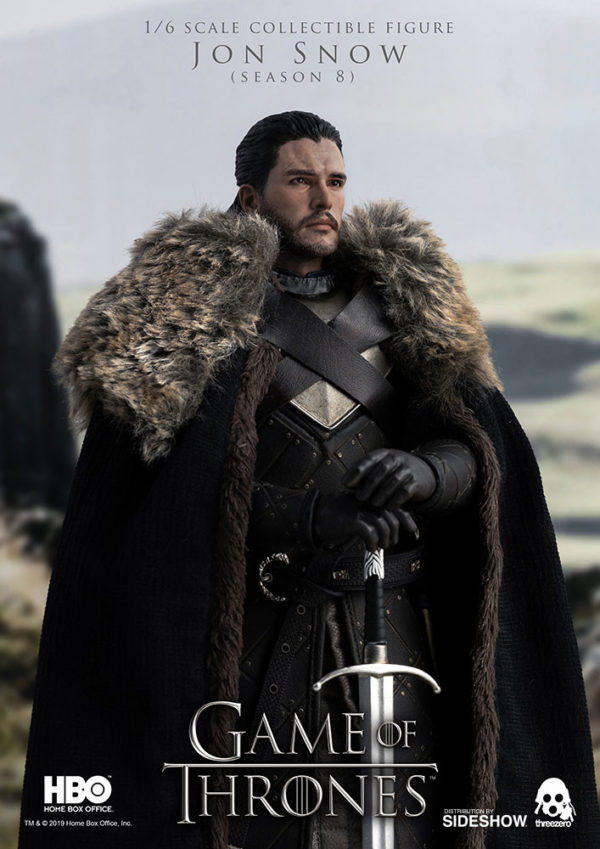 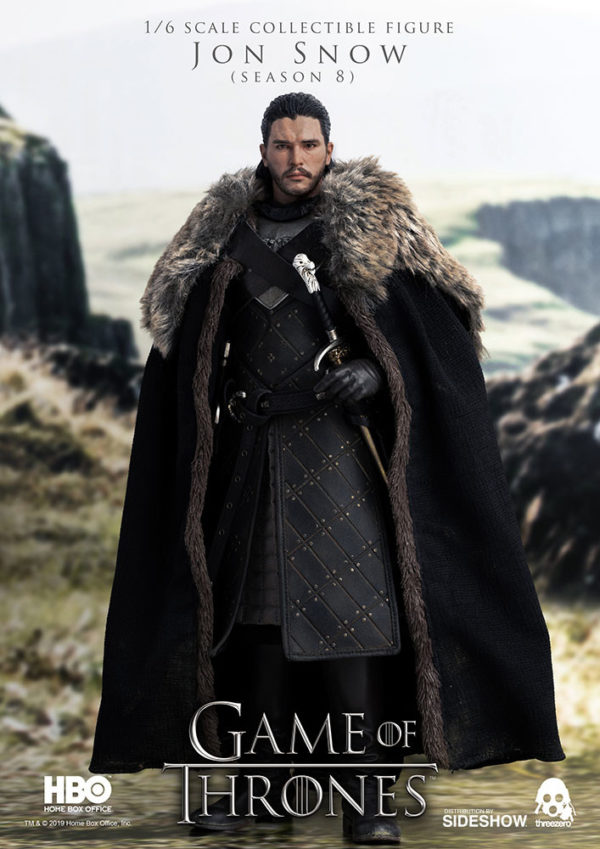 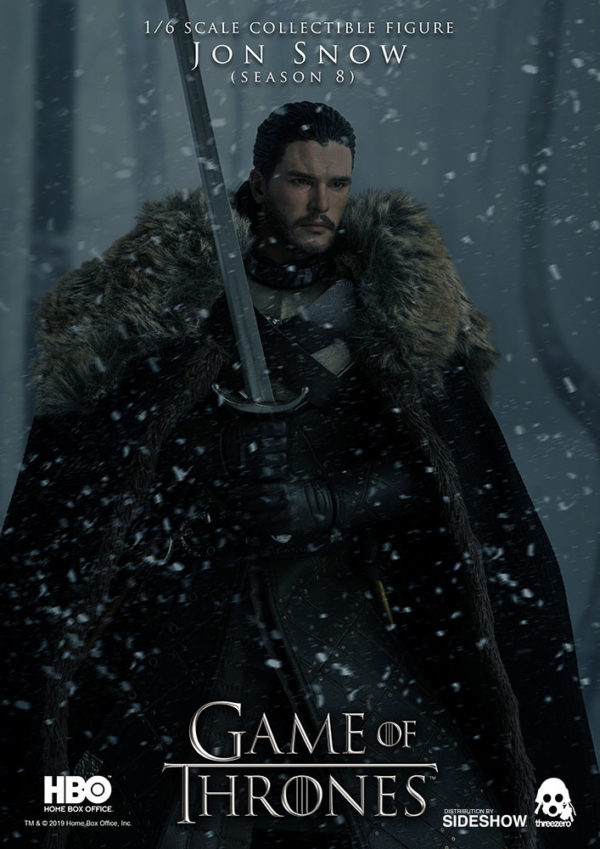 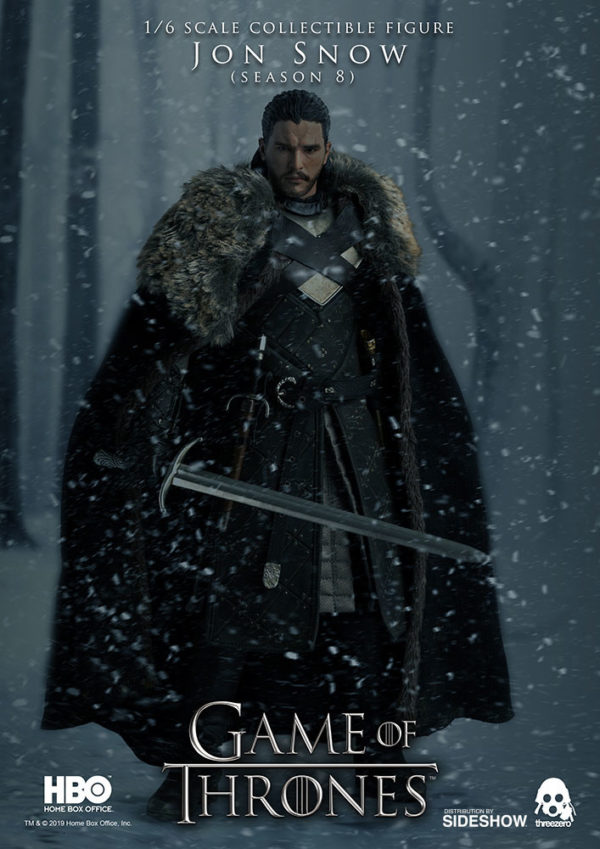 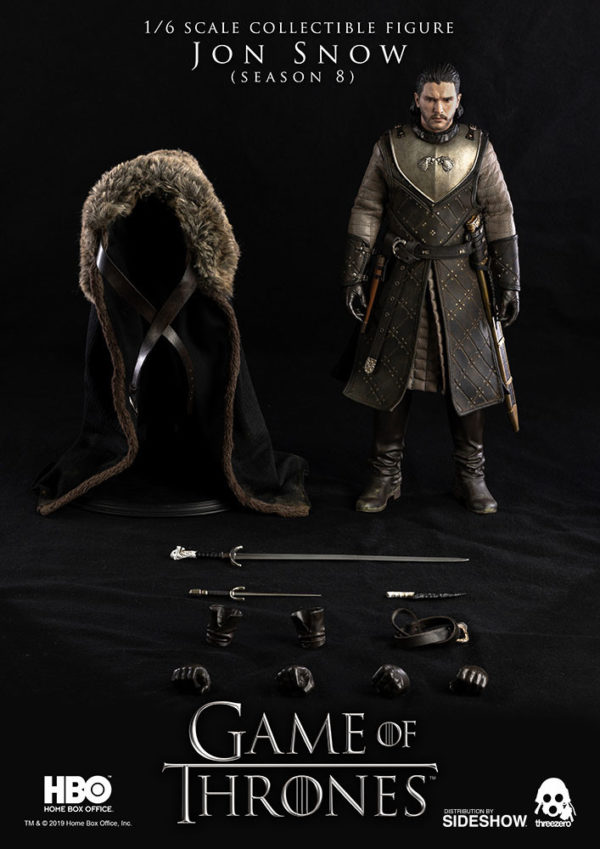 Sideshow and Threezero are proud to present the Jon Snow Sixth Scale Collectible Figure from the HBO hit show Game of Thrones!

The Jon Snow Sixth Scale Figure stands approximately 11.5″ tall and features a highly realistic likeness of Kit Harington from the television series. Jon features a finely tailored Warden of the North outfit with a variety of weapons.