505 Games and indie developer OtherSide Entertainment’s action RPG, Underworld Ascendant is now available digitally for the Playstation 4.  This fantasy RPG launches with all the updates from the PC and additional in-game content and features. 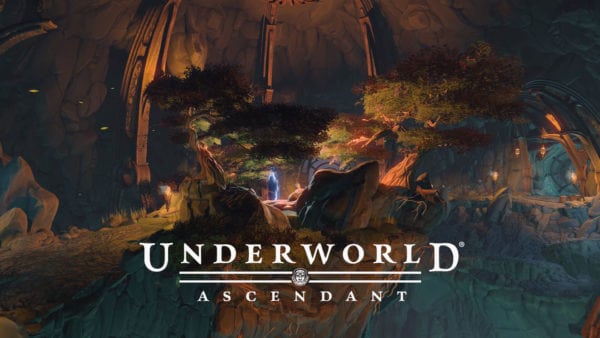 In Underworld Ascendant players travel to the Stygian Abyss to take the role of a being summoned by a mysterious figure called Cabirus, known as ‘The Ascendant’.  As the Ascendant, players will need to overcome challenges, earn the trust of various factions and uncover the lost secrets of the abyss in order to defeat the beast known as Typhon.  A variety of items, skills and abilities are available for players to mix and match to suit their own playstyle.

The console version of Underworld Ascendant includes additions and changes from the PC version.  These changes include a complete overhaul of the Save Game system which enables saving across much of the game while also keeping the Silver Sapling’s respawn feature.  Performance and AI changes have also been made providing a more polished reaction to player actions.

Skills and abilities have also seen changes, combat has been improved and advanced combat skills are available to players which add new elements like the enemy shove attack while magic has been enhanced with new spells and runes.

New NPCs such as the Shambler Meridian, the Deep Elf Severn, the Dwarf Quater, the Outcast Dahlia and the Outcast Fane are introduced on the PS4 version and offer various benefits to players, including a new vendor that sells high level magic artifacts, additional rune formulas and more.

Playstation 4 gamers can purchase Underworld Ascendant now from the Playstation Store.  The game is also set to release on Xbox One at a later date.