Lewis Pell gets hands on with Rocket Arena…

Online multiplayers are a double edged sword for me. Sure you can have thousands of hours just playing one game alone. But, with these type of games there is always a difficultly spike when you are facing players that are at a higher skill margin than yourself. This isn’t a fault of the game but the concept of this genre. But, after playing Rocket Arena, I was refreshed to see a game that is very welcoming to new players and has great gameplay mechanics to get stuck into.

Developed by Final Strike and published by Nexon, Rocket Arena is a online multiplayer shooter. Each match will have two teams of three players. Players can then choose between six different characters, who all have different abilities and weapons that were fun to test out and discover strategies on the best way to utilise them.

A fun way that this game differs for others in the market is that the only projectile you fire are rockets. Every character has a different way of firing said rockets. One character can charge up their shots for extra damage while another can have a fully auto rocket gun but the damage is lower than other base guns. Each character has their own levelling up meter, and every time you level up with a certain character you are gifted with a treasure chest, this game’s version of loot boxes. You can unlock different skins and upgrades with these boxes which are all free. Personally, I am not the biggest fan of loot boxes since you can unlock the best rewards at the beginning of the game if you are lucky enough to get the right box. I would of preferred a progression system were you can get set upgrades depending on your level, it would be fairer for players who aren’t so lucky with loot boxes. 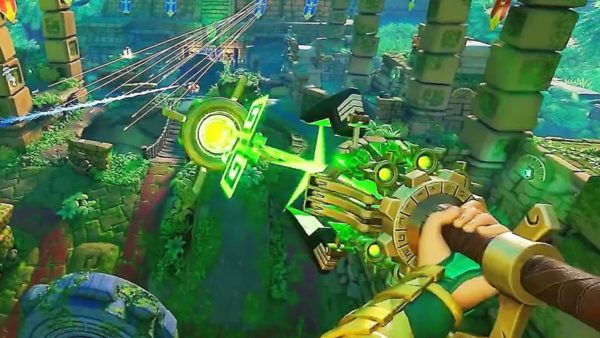 Rocket Arena has a great focus on movement when it comes to its gameplay. All characters are equipped with a triple jump and the ability to rocket jump. This gives the player a reason to not make war on the ground but to do it in the air. Also since every projectile is some form of rocket or bomb, dodging incoming missiles is pretty simple. It doesn’t mean your not gonna get hit however, but it adds extra tension in a 1v1 fight. There is a nice and simple tutorial for players who feel like they need to practice before getting into a game.

There is one thing that I would like to note is the fact that you never die. When your health is low and you get hit, you go all team rocket and blast out from the map, then you gently flow back down to the fight. I like this because of the family friendly style this game is trying and succeeding to portray. The momentum of the match wasn’t lost by this which I felt was needed in a game which focuses all of its attention on movement.

There are theree PVP game-modes that players can play. Knockout is a basic team death-match in which players have three badges and lose one upon dying. When all badges are depleted then game over. Mega Rocket, a capture the objective mode were rockets fall from the sky and players will have to capture them by standing around it and keeping other players away. And the final mode and my personal favourite Rocket Ball. I like football modes in games, from Grifball in Halo Reach and all of Rocket League. So imagine my enjoyment while playing this mode. The game also has a horde mode which I thought was enjoyable. This mode work in the same way as Knockout. Lose all your of badges and you lose, but when one player loses their badges they aren’t out of the fight yet. They can still help out their teammates until all badges from all players are lost. 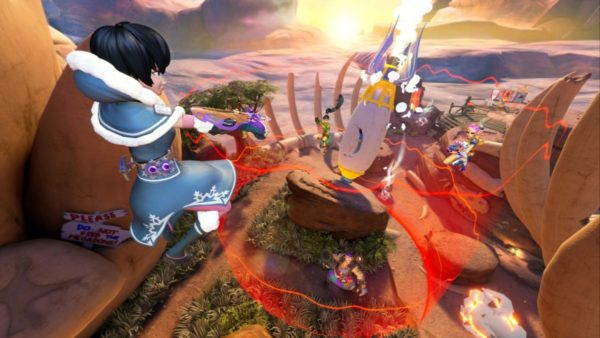 I feel that a few more PVP and PVE modes could be added in the near future, and there are only a limited amount of maps and characters to play through so the game becomes repetitive. I had this feeling with For Honor and Rainbow 6 Siege when I first started playing them and i’m addicted to them games now. This is only a beta so I have faith they will add more modes down the line.

To sum up my feelings on Rocket Arena, I had a blast playing the game, joke somewhat intended, but I do feel like it is a little thin on content at present. The movement aspects of the gameplay really give this the edge in the over-flowing market of online shooters, and I highly recommend it to new players in the online shooter scene. 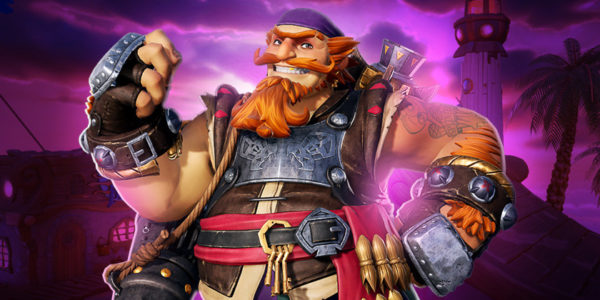