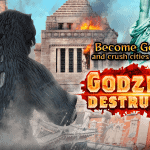 TOHO Games has announced they will be releasing their new mobile game, Godzilla Destruction, on 27th April.  Accompanying the announcement is a new trailer (see below) showcasing the gameplay and also a couple of new screenshots. Godzilla Destruction takes players on a rampage around the world as the king of monsters himself.  Control Godzilla and destroy some […] To celebrate the two year anniversary of Nexon’s third-person action RPG, Darkness Rises, a major new update has been released and brings a new character, character improvements, new costumes and celebration rewards. The fight between human and orcs has waged for two whole years now on Android and iOS devices with over 23 million players […] Get ready for some cute racing excitement as NEXON America release their free-to-play mobile kart racer KartRider Rush+ on Android and iOS devices.  This latest title in the KartRider series will feature a huge set of tracks, kart customisations and a range of diverse game modes. KartRider Rush+ will see players race along more than 50 […] Lewis Pell gets hands on with Rocket Arena… Online multiplayers are a double edged sword for me. Sure you can have thousands of hours just playing one game alone. But, with these type of games there is always a difficultly spike when you are facing players that are at a higher skill margin than yourself. […] Nexon has revealed that the highly anticipated Explorer Bowman class Pathfinder will be arriving on MMORPG MapleStory on 26th June.  There will be a pre-creation period starting on the 12th, allowing players to choose their Pathfinder’s features, including gender, hair colour etc. As well as the Pathfinder, players will be able to participate in a […] 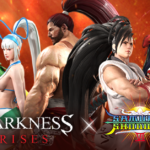 Nexon’s intense action RPG Darkness Rises has been downloaded from Google Play and the App Store over 25 million times worldwide, so to celebrate the developers will be treating players to a limited time special collaboration with the famed SNK franchise, Samurai Shodown VI.  The special event will run until 9th May and give players the opportunity […] 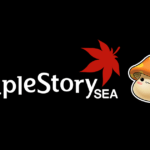 AsiaSoft have announced the release of the latest patch for their free to play, 2D, side-scrolling MMORPG MapleStorySEA.  The Monad patch will be released in two parts; the first part is available today with the second scheduled for 15th August.  In this latest update for the game players will experience not one but two campaigns that […]