Fallout 76 is set to get a massive new update this autumn that will include new, and much requested, features such as NPCs with their own quest lines, there’s also a huge 52 player Battle Royale mode update coming with a sneak peek starting today.  The announcement of the free updates has been accompanied by a couple of new gameplay trailers that can be seen below…. 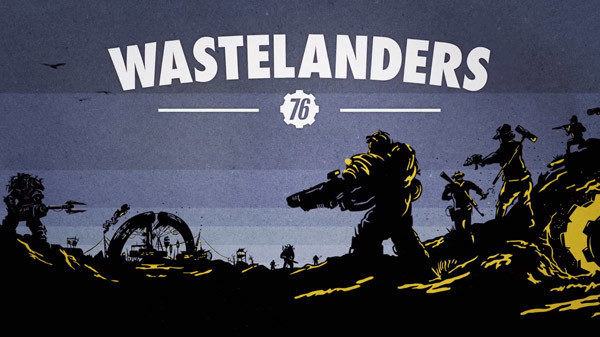 This autumn Fallout 76 players will be able to receive the Wastelanders update.  This free new update will completely change Appalachia with human NPCs returning to the area and is set to provide players with a gaming experience similar to the tried and tested gameplay of previous Fallout titles.  Players will be able to encounter factions of settlers in the settlements of Crater and Foundation and wipe out gangs of raiders as they explore the wilderness.  These NPCs will also allow players to embark on a new main quest of choice and consequence that will determine the settlers’ fate.  There will also be a selection of powerful new weapons and armour to collect.

For those who love a bit of Battle Royale, an all new 52 player PvP Battle Royale mode is coming free for Fallout 76 players.  Players will battle it out to be the last one standing and claim their rightful place as Overseer.  Survivors will be able to build their CAMP, unlock perks, level up, scavenge for weapons and supplies to wipe out others.  There will be a whole host of unique cosmetic rewards to win.

Are you excited for these updates?  Does the inclusion of NPCs make you want to buy the game, or play it more?  Leave a comment below or chat to us on Twitter @FMyth_Gaming.