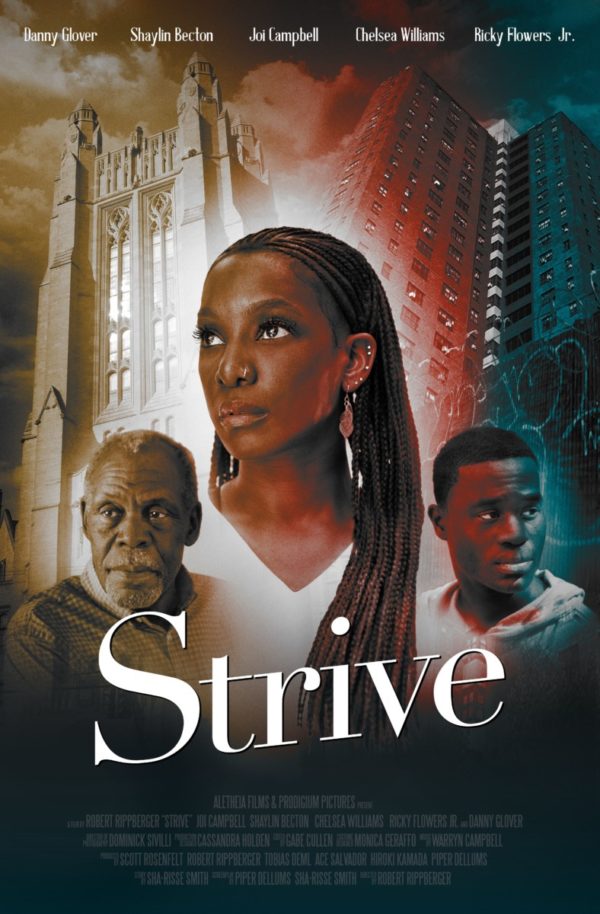 Strive tells the story of Kalani Johnson (JoiStaRR), a struggling high schooler who chases her dream of getting into Yale University all while facing the challenging life in the projects and streets of Harlem, New York. With no one but her college counselor Mr. Rose (Danny Glover) by her side, Kalani must push against the world holding her back. 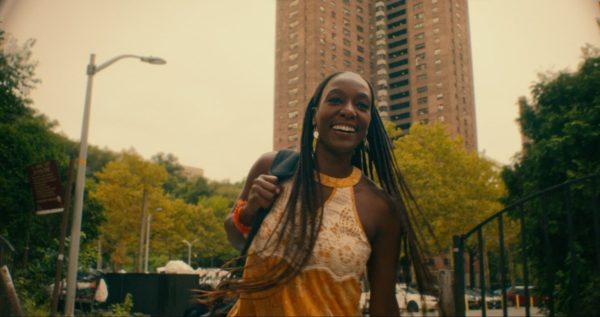 I’ve seen a lot of urban family dramas and they all include the same scenarios; lower class families, tragedy, personal inner conflict and hope. Even though this trope is a familiar one it’s the execution that makes the difference.

In Strive, we meet Kalani (JoiStaRR) who is a teenager living with her siblings and mother in the projects in Harlem, New York. Her mother struggles to keep the family afloat, while her children are beginning to understand how pivotal the choices they make in life will affect their future. Kalani is the main protagonist, thus being the glue that seemingly holds the family together.

However, Kalani has her own struggles as a teenager. She is enrolled in a school where she is often reminded that she doesn’t belong because she’s poor. She finds solace in her guidance counselor, Mr. Rose ( Danny Glover), who tries to instill hope in her so she can continue to push forward no matter what obstacles may interfere with her goals. Unfortunately, that’s easier said than done because Kalani is forced to be more mature beyond her years to survive in her community and even her own household. 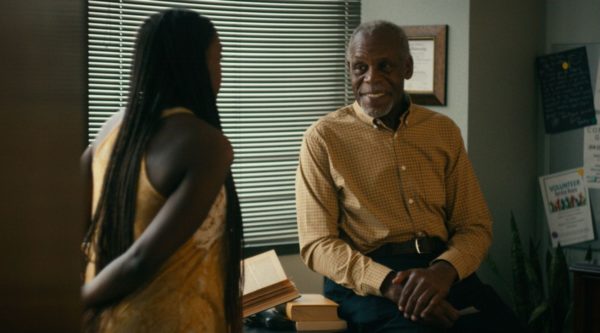 Kalani’s siblings depend on her the most, even though she is the middle child. She bears a great responsibility and oftentimes she finds herself having to choose her siblings over her mother that creates a more hostile home environment. Kalani relies on her friends for comfort but her friends continue to make choices in their own lives that make Kalani cautious because she’s adamant on protecting her future. To Kalani, her future is the only thing that has promise.

Like most coming of age films that feature teens, Kalani has a love interest. Her love interest is a teen boy that not only likes her but admires her and tries to ensure Kalani his intentions are pure but Kalani wants him to prove his loyalty first. It’s heartwarming to see Kalani be admired so much even though it’s not her priority. It sometimes felt that Kalani was afraid to enjoy herself because of all the problems she was accustom to fixing in her family and friends lives’. 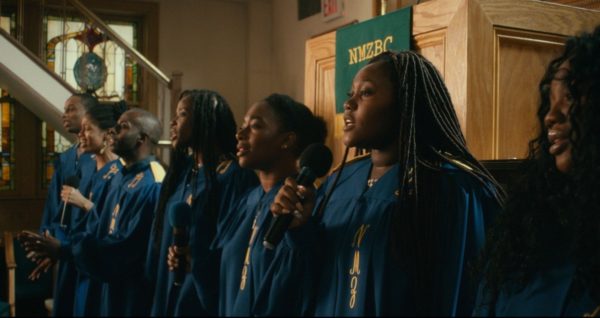 Kalani eventually must choose between her family and friends and obtaining her personal goals. She fears that reaching her goals will cause strife in her family because she is carrying the weight of being the glue that keeps everyone intact. But when more tragedies reach Kalani’s family’s doorstep, she is forced to choose even though she’s reluctant to do so.

Strive isn’t a feel-good film but it’s a real film. It’s relatable to a lot of people who have to pick and choose their loyalties when it comes to family, friends and themselves. Sometimes being selfish is the most selfless thing one can do.