20th Century Fox has released a UK poster and a clip from the upcoming action comedy Stuber which sees irritated cop Vic (Dave Bautista) stopping friendly Uber driver Stu (Kumail Nanjiani) and demand he takes him to his destination; watch it here… 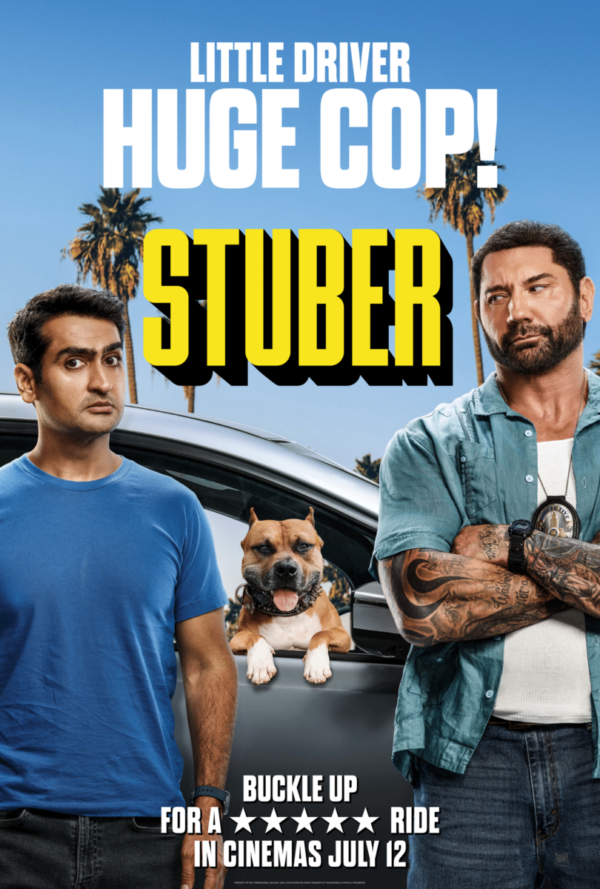