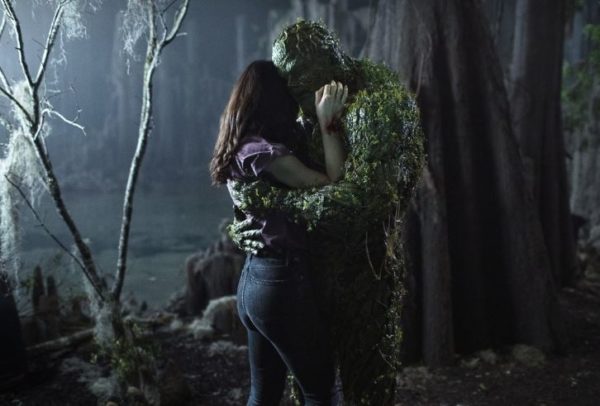 A new disease epidemic is rearing its ugly head in Marais, Louisiana causing its sufferers to relive their most horrific and painful memories. In her valiant effort to stop the affliction’s spread, Abby too gets inadvertently infected by it. As time runs out and she descends into darkness, only the guardian of Marais’ swampland can save her from her inevitable fate, before its too late…

The episode kicks off with Avery Sunderland coldly disposing of our unfortunate loan-officers dead body in the swamp while reflecting on a past incident, featuring his father egging him to ‘man-up’ and kill a swamp alligator. However, it turns out Sunderland Jnr. isn’t up to the bloody task. In the end, daddy dearest dispatches the beast swiftly in gory fashion. Talk about a disturbed childhood. Perhaps we will explore more of shady Avery’s backstory in the coming episodes. Regardless, it seems as if nearly all the citizens in Marais have skeletons in their closets. 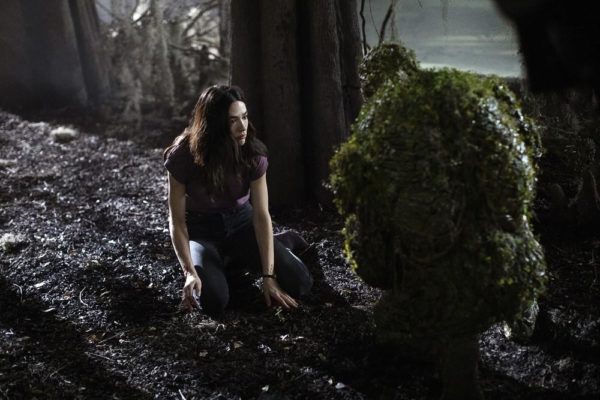 This new epidemic is unleashed on Marais when a couple of illegal tree-loggers happen across an ancient mummified corpse. The only clue being an old key tag with the words ‘Hotel Esperos’ inscribed upon it, found near the desiccated body. When Liz digs up the institutions dark past it appears that the disease has been lying dormant all this while, only resurfacing now. The origins of the affliction aren’t explained in detail but judging by the manner in which the narrative concludes, I’ve a feeling that this particular story thread won’t be picked up down the line either. The closest explanation given is when Swampy cryptically responds to Abby’s query regarding its genesis saying, “The swamp is polluted. Poisoned. And when the balance shifts, life suffers and darkness finds release.” So, let’s just chalk it down to it being another ‘mystery of the Marais bayou’ for the time being.

The most interesting aspect of this episode to me, was the sequence involving Abby’s past. Who was that faceless man she kept on seeing? And why did these nightmares she had as a child, suddenly stop with her mothers’ passing? Undoubtedly, we’ll find out soon enough, as I feel that her troubled past factors in in a major way to the overall narrative. 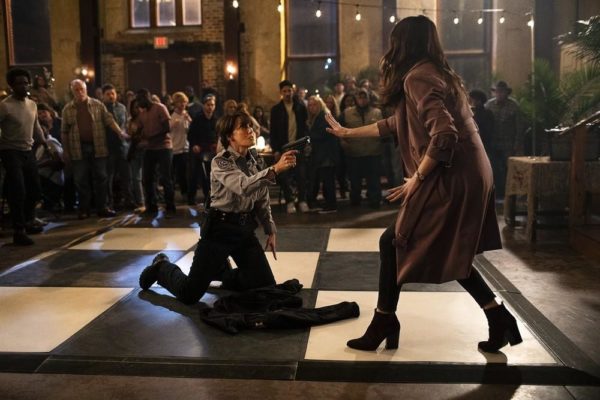 All in all, another solid episode thus concludes, adding to the ever-expanding mythos of the TV series. Although we didn’t see Andy Bean reprise his role as the good doctor this time around, Derek Mears more than compensates; bearing the emotional weight of the story. The sad thing though, is that this brutally beautiful gothic drama got cancelled prematurely following its premier and what’s left of it got reduced to a mere 10 episodes. Whether it’ll be picked up by another network in the near future remains to be seen. For now, all what we fans can do is enjoy the moment… and embrace this glorious darkness for what it’s worth.