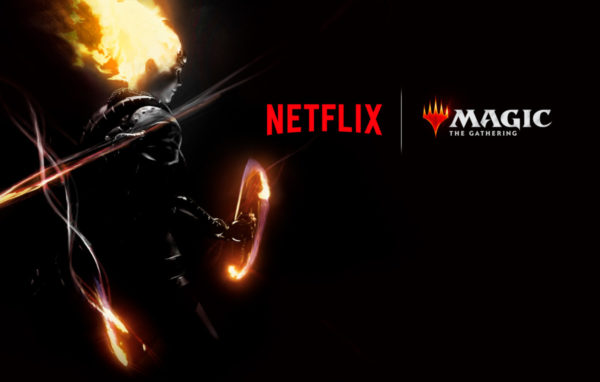 Netflix has announced that it is joining forces with Avengers: Endgame directors Anthony and Joe Russo, Wizards of the Coast and Hasbro’s Allspark Animation to bring the worldwide phenomenon Magic: The Gathering to the screen for the very first time.

The Russos will oversee the creation of an all new storyline that expands on the stories of the Planeswalkers, Magic’s unique magic-wielding heroes and villains, as they contend with stakes larger than any one world can hold.

“We have been huge fans and players of Magic: The Gathering for as long as it has been around, so being able to help bring these stories to life through animation is a true passion project for us,” said the Russos.

“More fans are enjoying Magic now than at any time in its 25-year history thanks to the enduring popularity of the tabletop game and our latest release War of the Spark, as well as the incredible success of our new digital game, Magic: The Gathering Arena,” added Chris Cocks, President of Wizards of the Coast. “We’re thrilled to collaborate with Joe and Anthony Russo to bring Magic: The Gathering’s rich and diverse cast of characters and worlds to Netflix in a way that will delight our many fans and those new to the franchise.”

Launching in 1993, Magic: The Gathering has attracted over 38 million fans across 70 countries throughout its 25 year history.