Ricky Church on the 20th anniversary of Star Wars: Episode I – The Phantom Menace… 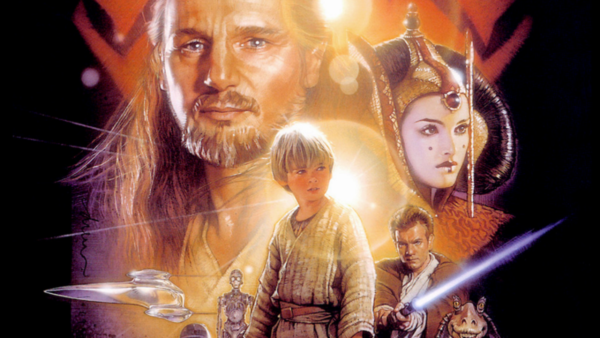 For children of the 1980s and 90s, the Star Wars trilogy was exciting, groundbreaking and amazing, but it was all we would ever get of the galaxy far, far away. That is until this day 20 years ago on May 19th, 1999 when dreams came true for Star Wars fans young and old with the release of Star Wars: Episode I – The Phantom Menace, the first in a new trilogy from George Lucas that would detail the fall of the Jedi Order and rise of one of the most well known villains in cinema, Darth Vader. I’ve written previously on my love of the Prequel Trilogy, flaws an all, but none of its success, nor the continued longevity of the Star Wars franchise, would be possible without The Phantom Menace. 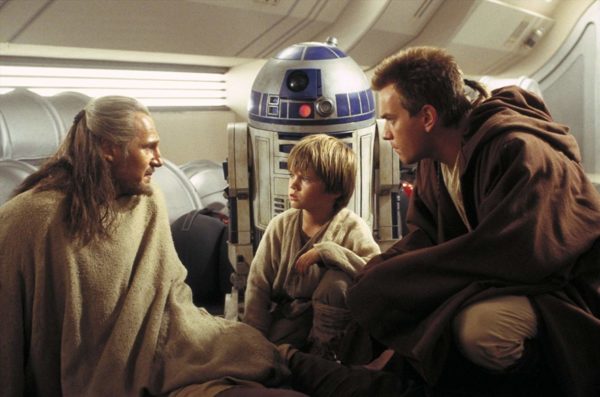 I was graduating sixth grade and a few months shy from turning 12 when The Phantom Menace was released and I remember the build-up for it quite well. Every kid in school was excited to see their first new Star Wars film on the big screen. It was all anyone would talk about on the schoolyard as we traded theories on what could happen and how Anakin Skywalker ultimately became Darth Vader. Even my parents, uncles and aunts were excited for the first Star Wars film in the 16 years since the Original Trilogy concluded.

Coming out of The Phantom Menace was a great experience. It was Star Wars as we’d never seen it before, both from a story perspective and technological one. The effects were fantastic as George Lucas utilized the latest technology to create some stunning visuals and even pushed the boundaries for what could be done, particularly with motion capture, while we got to see the Jedi and the Republic, two organizations that are extinct by the time A New Hope starts, at the height of their power. What Lucas did with them, though, was the real surprise.

As a child watching the film, it was easy to miss some of the subtleties Lucas played with in regards to the Jedi. It wouldn’t really be until the full Prequel Trilogy was completed that the full picture of what Lucas was doing to the Jedi took shape, but the shades of it are evident here. Obi-Wan Kenobi tells Luke in A New Hope the Jedi were the “guardians of peace and justice in the Old Republic” and while this is true, The Phantom Menace shows how the writing was on the wall for the Jedi Order even then as the cracks in their power are shown. The Jedi Council was so set in their mindset that they wouldn’t even entertain the possibility Qui-Gon Jinn’s attacker was a Sith Lord, first with Ki-Adi Mundi stating it was impossible and then Mace Windu arrogantly saying “I do not believe the Sith could have returned without us knowing.” This form of arrogance only grew over the course of the Prequel Trilogy (and later by extension The Clone Wars TV series) to the point where by the time they saw the danger, it was too late.

The same can be said for the Republic. Before the Prequel Trilogy, it was easy to think Emperor Palpatine took control of the galaxy and created the Empire through force, but Lucas subverted these expectations in The Phantom Menace as well. While a big criticism of the film at the time of its release was that it was boring due to all of its political talk, looking back it actually fits rather well. Palpatine doesn’t take control through a military coup, but by covertly corrupting the system from within and engineering a crisis to his benefit. The fact the Republic started to fall with something as trivial as a trade dispute is something we’ve seen countless times in our own history. The American Revolution was partly born out of the Boston Tea Party. Hitler gained such a strong following because of the reparations Germany was forced to make in the aftermath of World War I. George Lucas was merely using real examples throughout history to parallel in The Phantom Menace and the rest of the prequels, adding a level of authenticity to Palpatine’s rise to power. There’s a reason, after all, why composer John Williams inverted the Emperor’s theme into a song of happy celebration at the film’s conclusion. 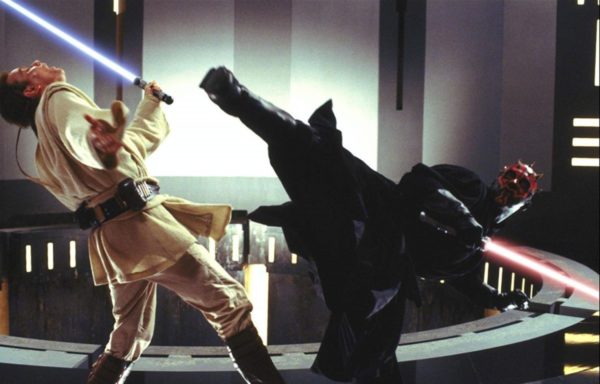 Of course, where The Phantom Menace really succeeds is with some of its characters, especially with Liam Neeson’s Qui-Gon Jinn. As unorthodox as he was, Qui-Gon was shown to be perhaps the best Jedi in the whole Order at the time. Not only was he level-headed and well reasoned, but if you watch carefully Qui-Gon is the only Jedi to refer to the Force as “the living Force”, believing so deeply in its power that he actually came into conflict with the Jedi Council over their differences several times. He’s become such a fan-favourite character that he’s recently received his own prequel book, Master & Apprentice.

Ewan McGregor also fleshed out Obi-Wan to a great degree with his beginnings as a Padawan, showing that even then he could feel the elusive pull of Palpatine’s machinations. Natalie Portman also made a pretty nice impression in this film as Padmé Amidala, Naboo’s young and fierce queen, as she fought for the freedom of her planet and shared good chemistry with Neeson and Ian McDiarmid. And then, of course, there is Ray Park’s Darth Maul. Perhaps the biggest crime of the prequels was underutilizing Maul, killing him off in this film. Despite only having a few lines, Maul was a force to be reckoned with. I don’t think anyone will forget their feelings when the blast doors opened, the first notes of Williams’ ‘Duel of the Fates’ played and Maul lit up his famous double-bladed lightsaber.

Now The Phantom Menace isn’t without faults. The humour skews a little to much to the younger side with the most obvious culprit being Jar Jar Binks, who even at 11 I found to be annoying and not very funny, but younger kids did enjoy him. Some of the acting is not as great as others too, but people like Neeson, McGregor, McDiarmid and Portman are strong enough to carry them through. It’s important to remember even with these faults The Phantom Menace did well at the same time. Though Jar Jar is considered a low point, without him it would have taken longer to have the likes of Gollum or Caesar through the advancement of motion capture technology. Then there’s also the excitement of the podrace, one of the most memorable sequences in the Star Wars saga. 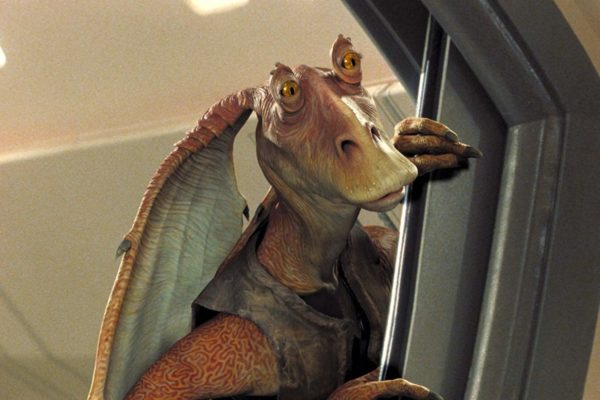 Star Wars: Episode I – The Phantom Menace may not be everyone’s favourite film in the franchise thanks to the undue criticism it has received over the past two decades, and while it does have its faults it is a much stronger film than most people like to remember. The Phantom Menace revitalized the Star Wars franchise and created a whole new generation of fans. It’s no surprise really that the Prequel Era dominated Star Wars multimedia for over 10 years after The Phantom Menace‘s release and that is down to the popularity surrounding this film. 20 years after its release, The Phantom Menace should definitely be recontextualized for what it achieved in both its story and scope of the saga.