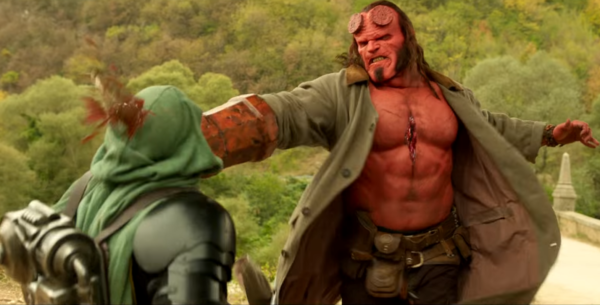 Given that Lionsgate’s Hellboy reboot suffered a troubled production before tanking at the box office and taking a critical drubbing, it will come as little surprise to hear from leading man David Harbour that he doesn’t expect to find himself reprising the role of the wise-cracking demon for a sequel to the film.

“There’s a lot of people who reach out to me who really loved it and really enjoyed the new take, and were just happy to see him back on the screen, but I know in the culture at large, I don’t think it was very well received,” said Harbour (via Comic Book). “I don’t think it made a lot of money. I don’t really keep up with those things too much to be honest, but I don’t think the perception was that it was a hit, and so in that way, I don’t know that the risk is worth it. I think the idea is to move on. The producers spoke to me just saying ‘Great job,’ they really liked what I did, but I haven’t heard anything about a sequel, and I’m not hanging my hat on anything like that.”

SEE ALSO: David Harbour admits Hellboy has “major problems” but “we did our best”

While neither of Guillermo del Toro’s Hellboy movies were particularly huge hits at the box office, with the remake pulling in just $22 million from a $50 million budget it certainly seems a pretty safe bet that we’ve seen the last of Harbour’s Big Red. Are you disappointed about that? Let us know your thoughts in the comments below or tweet us @FlickeringMyth…