As a writer, there are times where you are genuinely excited to sit down in front of your computer and hammer out a column. When your typing fingers can barely keep up with the thoughts pouring out of your overactive cerebellum. There are others where your brain wants to say something and you struggle to find the will to put those thoughts into print.

I went into Avengers: Endgame with a smidge of excitement. I’ve become rather immune to the charm of Marvel movies in recent years. There have been some really good moments, like the very entertaining space Thor has been taken. Guardians of the Galaxy remains my current favorite franchise in the Marvel cinematic universe. And I absolutely loved Infinity War, a film that felt like it did the impossible by merging dozens of characters into an epic, universe spanning adventure and providing us with some great moments. For me, Endgame was something of a letdown. I enjoyed it overall, but I found the movie to be a messy, convenient and convoluted experience. 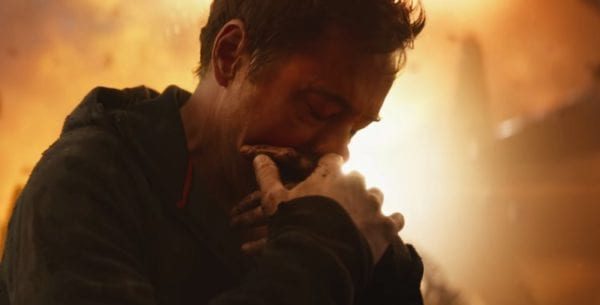 Having to undo everything in Infinity War would be a monumental challenge for any filmmaker. After Thanos wins and erases half the living universe, the prospect of reversing that act and setting everything right would take some deft storytelling. Unfortunately, the storytelling in Endgame is more ‘daft’ than ‘deft’. Lots and lots of spoilers ahead, so please don’t read this until you’ve seen the movie, or if you’re a masochist who enjoys ruining things for yourself.

The time-machine is such an overused concept in cinema (more on this later). So much so that the filmmakers even address it within the movie, quoting dozens of movies to argue the basic logic of a time-machine conundrum. Watching War Machine (Don Cheadle) and Ant-Man (Paul Rudd) cite time-travel movies was a cringe inducing experience. It was funny to see Peter Parker making these kind of references during Infinity War. He’s a kid, and most of what he knows comes from the media. To watch an ex-con and a military Colonel trade quips about time travel movies plays into one of my biggest gripes about Marvel movies. 1. All the characters sound the same

One thing I can say about the original Avengers movie; there was an attempt at differentiating the characters. Tony Stark was your quip-heavy genius. Steve Rogers was a boy scout struggling to fit in. Thor was an arrogant, boastful God. Banner was a troubled soul desperate to contain his inner monster. As we’ve seen throughout a decade plus of Marvel movies, there has been character growth. Tony is still a quip heavy genius but with a much heavier artificial heart. Steve is still the stubborn relic who has realized that the concept of ‘moving on’ might just be a platitude. Thor is a wreck after having been served defeat after defeat. His arc might be the most interesting of all the Avengers.

However, in the dialogue, much of these characters are undone. The movie is so obsessed with delivering a constant stream of jokes, diffusing moments of great tension with humor, that many of the characters feel like they all have the same voice. There’s something strange about hearing Captain America say “That is America’s ass”. To me, it felt like the kind of forced joke that murdered movies like Batman & Robin. Steve Rogers, in the middle of a mission to save half the universe, where the stakes are ridiculously high decides to take a moment to stare at his own ass and make a compliment out loud to himself?

It’s a moment that feels not only out of character, but in deference to the character. In the overall architecture of a movie, you would hope that the story and dialogue would be in service of the character. The ‘America’s Ass’ bit doesn’t feel that way to me. It’s as if the reality of the movie is paused and Steve Rogers ceases to be giving Chris Evans the opportunity to deliver a goofy line. That entire sequence is filled with weird, tone-killing jokes (like the Hulk having to take the stairs). The fate of the universe is on the line, but for some reason the focus is generating some chuckles. Which leads me to…

2. A universe where everyone is the comic relief

Going back to the original Avengers, the movie where Joss Whedon set the tone for all future Marvel movies, there were jokes. Tony Stark delivered a lot of funny lines. You had some funny cutaways with things like the Galaga gag. Thor got to generate some laughs with lines like ‘He’s adopted’. None of these jokes felt wildly out of character. My how that has changed. This movie is so jokey, it was almost disarming. I realize the insane success of these films has changed the paradigm for blockbusters. We’ve seen this type of tone injected into the Star Wars franchise. For me, the pendulum swings so rapidly back and forth between tension and humor that the stakes in Endgame never seem all that high. 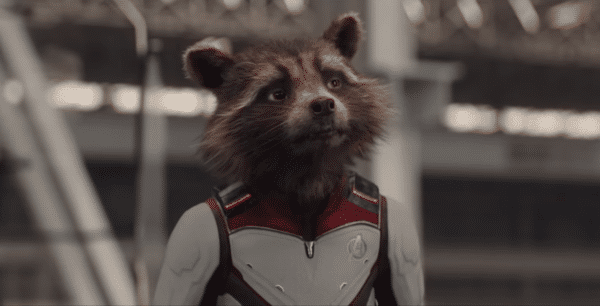 There are so many characters that naturally lend themselves to comic relief: Spider-Man, Drax, Rocket. But in the world of the Avengers, everyone seems to have the super-power of impeccable comic timing. This doesn’t seem all that odd in solo movies where we get so much time with the characters that the occasional joke feels tonally consistent. In a movie where all of them are forced into the same universe it starts to get a little grating.

Much like the aforementioned time-machine movie reference scene: the fact that life-long military man Colonel James Rhodes and ex-con Scott Lang are able to engage in this bit shows how interchangeable many of these characters are. Yes, it’s amusing to hear War Machine mention the movie Hot Tub Time Machine, but is it really believable for the character? Or is everyone in the Marvel universe a pop culture expert with the comic timing of Kevin Hart?

Endgame could have benefited from fewer jokes which disarmed the overall stakes. 3. It should have been called Avengers: Convenience

A time-machine. That’s the device they came up with to defeat Thanos. A plot convenience so banal the filmmakers take a moment to call out the silliness of it all. However, just because you identify something as convoluted and lazy doesn’t mean you get a pass when you use the same tired tropes.

The time-travel element had been spoiled awhile back. We all knew the Quantum Realm was going to provide the Avengers with the means to undo the past… except they weren’t allowed to undo the past. They had to bring everyone back but not change anything so Tony Stark’s present wouldn’t be impacted. This creates the biggest WTF moment of the movie. At the conclusion of Endgame, we see the world returning to normal. But would the world really just revert back to the way things were? Remember the guy from Steve Rogers’ ‘Left Behind’ support group who went on the first date since losing his partner? Hope he doesn’t like him too much because SURPRISE: Your dead husband is back and ready to be together again. Imagine a universe where half the people are gone and then magically spring back to life. I watched as we saw Peter Parker going back to high school. Wouldn’t some of his classmates be five years older, or are we living in a universe where everyone in his class were also erased and brought back? Wouldn’t it be interesting if Peter Parker came back to find his best friend was now in College? Or that MJ had survived and had all but forgotten about the boy she had a crush on in High School?

What irked me about the plot, other than the laziness of the time-travel trope, is the fact that there could have been some really interesting stories set up from this epic event. But the Russo Brothers and Disney had to tie a bow around this 11 year journey. Everything had to be wrapped up because of expiring contracts and moving into a new cinematic phase. Nothing about Infinity War was tidy. It was epic and those events had consequences. Endgame felt generally consequence free, in terms of world building. I would think half the universe vanishing and reappearing would have long-lasting ramifications. Perhaps that will be explored in the next phase of Marvel movies, but it sure feels like it’s going to be all but forgotten moving forward. There’s a line Thanos utters near the end of the film, about the heroes being unable to accept their loss and move on. Thematically, that feels very true for the Marvel movies. I’m hoping Endgame has some ripples into the future of the Marvel Cinematic universe. Only time will tell.

4. Earned moments vs. Inevitable ones

Some moments in Endgame felt incredibly earned. Most notably Tony Stark’s sacrifice and the gift of a life provided to Steve Rogers thanks to a time-machine. Others felt more obligatory. I was bummed that Hulk ultimately solving his inner turmoil happened off screen. It’s five years later and he’s like ‘Hey… I figured it all out’ over a cup of Sanka. I felt the same about Captain America handing over his shield to Sam aka The Falcon. Why not Bucky? In the comic books, both Sam and Bucky have donned the mantle of Captain America. Those stories made sense because of years of storytelling. In the movies, the relationship between Steve and Bucky has been a major focus. There are two movies where Steve risks everything to save his oldest friend. But at the conclusion of Endgame he hands the shield to Sam? That felt like a strange choice. One that makes sense in the comic books but almost nothing had been established in the movies to make that feel like an earned moment. Having Bucky take up Steve’s crusade for truth, justice and the American Way would have felt earned. Instead, Sebastian Stan gets to stand in the background nodding his head as if this makes total sense.

With so many characters, it would be difficult to give everyone their due. However, I’d have preferred fewer gags and more earned moments. For all the crap people give the last act of Return of the King, it provides the audience with a sense of accomplishment and closure for the most pivotal characters. Endgame didn’t quite stick the landing for me. Some characters got a solid sendoff. Others were glossed over in service of the overall story. I’m actually kind of happy this phase of the Marvel cinematic universe is ending. I’m interested in seeing the new Disney Plus shows that explore characters like Loki, Winter Soldier, Falcon, Scarlett Witch and Vision in greater detail. The movies have such an obligation to bombast that some smaller stories over a longer length of time feels like a better opportunity for quality storytelling.

I liked Endgame overall. The first 30 minutes and the last 30 minutes provided a lot of satisfying moments. The middle was an epic, tonally mismanaged mess. The good news is that this decade long adventure is over and some new corners of the Marvel universe will get explored. There are a number of characters I’m looking forward to seeing adapted in the coming years, though I’d be thrilled if they mixed it up a bit in terms of tone and genre.

The future for Marvel Studios is full of potential, even if this ‘Game’ has ended.