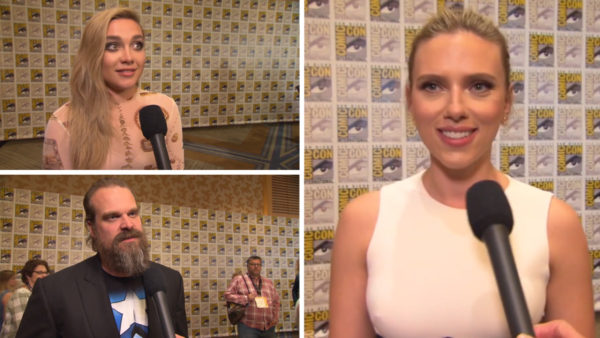 Marvel held its big panel at the San Diego Comic-Con this past Saturday, with the studio officially unveiling its Phase Four plans (as well as teasing Phase Five), which begins with next year’s Black Widow solo movie.

Following the panel, stars Scarlett Johansson, Florence Pugh, David Harbour, Rachel Weisz and O-T Fagbenle and Marvel Studios chief Kevin Feige were on hand to speak to the press; check out what they had to say below, and head on over to our YouTube channel for more Comic-Con interviews and videos…