After a successful release on Nintendo Switch and PC, PQube, LookAtMyGame and developers Storybird Games and Wonderboy Bobi have announced the launch of their retro platforming adventure Aggelos on Xbox One and Playstation 4. 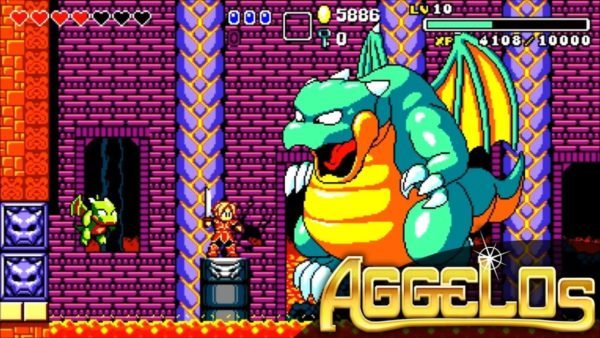 Aggelos takes players on an adventure through a vast, non-linear kingdom where they will explore forests, underwater areas, cave systems and ancient temples.  As players venture through the kingdom they will discover magical elements and new skills that can be combined to defeat an assortment of unique and deadly bosses.

Inspired by the classic Japanese non-linear 16-bit titles of days gone by, Aggelos promises to provide exciting and dynamic combat as players take on a perilous main quest fighting towering bosses and irritating minions.  There are also plenty of side quests to embark on and secrets to discover.

Inspired by non-linear Japanese retro adventures such as Wonder Boy In Monster World, Aggelos hurls players into the middle of a colossal struggle for survival as beings from another dimension threaten to invade the peaceful Kingdom of Lumen.

Aggelos is now available on Xbox One and Playstation 4.