Starz has released a teaser trailer for its upcoming mystery series Dublin Murders. Based on the book series Dublin Murder Squad by Tana French, the series has been created by Sarah Phelps (The ABC Murders) and will star Killian Scott (Damnation) and Sarah Greene (Penny Dreadful) as a pair of detectives investigating the death of a young girl outside Dublin. Watch the teaser below… 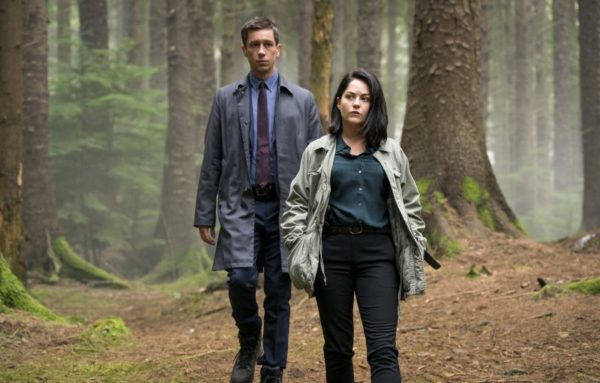 The official synopsis for Dublin Murders reads: “when a young girl is found murdered in a dense wood on the outskirts of Dublin, Rob Reilly (Scott) – a smart-suited detective whose English accent marks him as an outsider – is dispatched to investigate with his partner, Cassie Maddox (Greene). Against his better judgment and protected by his friendship with Cassie, he is pulled back into another case of missing children and forced to confront his own darkness. As the case intensifies, Rob and Cassie’s relationship is tested to the breaking point and when Cassie is sent undercover for another murder case, she is forced to come face to face with her own brutal reckoning.”

Dublin Murders will run for 8 episodes and will be directed by Saul Dibb (Journey’s End), Rebecca Gatwad (Shetland) and John Hayes (Bancroft). It will premiere on Starz this fall.