Ahead of its DVD and digital release this August, High Octane Pictures has unveiled a poster and trailer for director Juliane Black’s upcoming thriller 3 Lives which stars Mhairi Calvey, Tyron Ricketts, and Martin Kaps as three former school friends who find themselves fighting for their lives after being kidnapped and trapped in an abandoned bunker; take a look here… 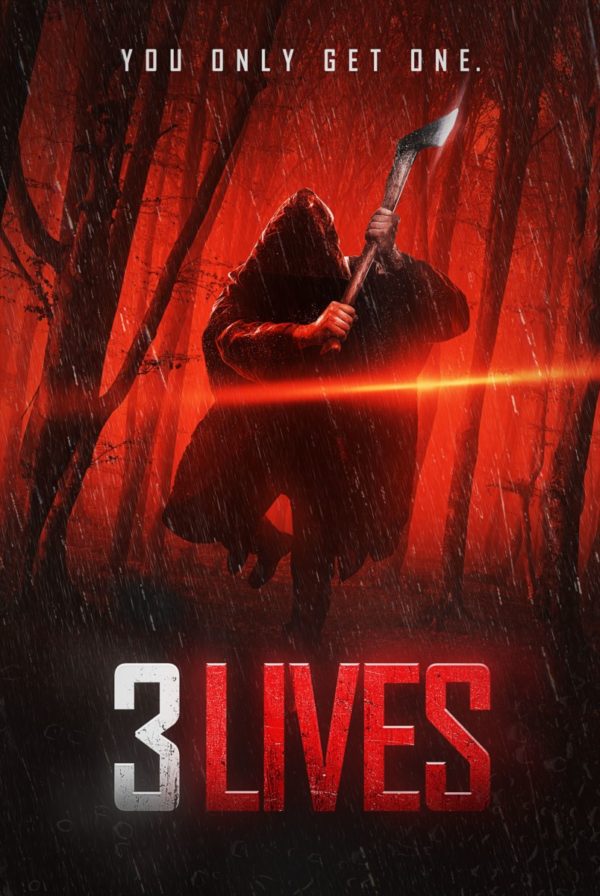 Emma wakes up to find herself trapped in an abandoned bunker. She soon realizes that there are two other victims trapped with her, Ben and Jamie, who she knows from her days in high school.

Now Ben and Jamie are Emma’s only means of escape from their savage captors, three ex-soldiers. Faced with the choice to stay in the bunker or to escape her kidnappers with the help of her former rapist and his old friend, Emma chooses the latter.

Ruthlessly the ex-soldiers chase the group through the wilderness. While Emma tries to find out why Ben, Jamie, and herself have been kidnapped in the first place. Slowly matters start to spin out of control, facades start to crack and Emma has to learn who her real enemy is.