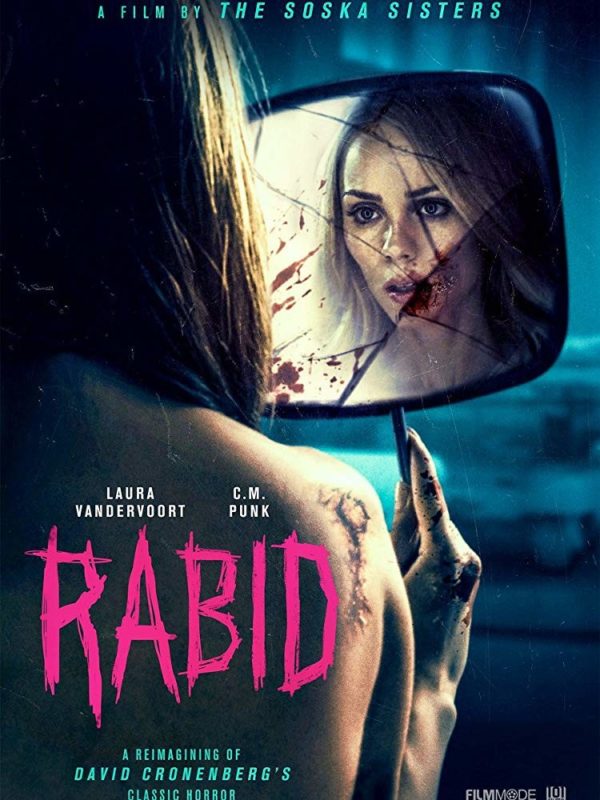 Rose is a quiet, demure, unassuming woman in her looks and actions. Her dream is to become a famous designer in the fashion world, but a terrible accident leaves Rose scarred beyond recognition. She seeks out a radical untested stem cell treatment. But everything in life comes at a price and this new found perfect life is no exception. 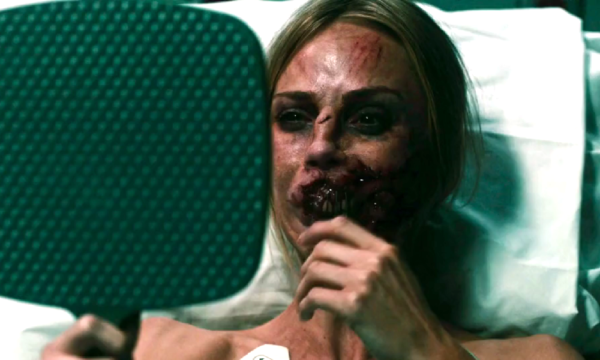 Remaking a David Cronenberg film, whether minor or major, is a thankless task, though there are probably more controversial entries from his back catalogue to revisit than his 1977 body horror cult classic Rabid.

Nevertheless, though the Soska Sisters (Dead Hooker in a Trunk, American Mary) sensibly attempt a reinvention of the original story rather than a straight remake, they fail to deliver an update that feels particularly timely or much justifies its existence.

Rose (Laura Vandervoort) is a sweet, unassuming young woman working in the fashion industry with dreams of becoming a famous designer, but those dreams are seemingly dashed when she’s involved in traumatic, disfiguring motorcycle accident.

That is, until she’s considered eligible for a cutting-edge stem cell treatment which miraculously heals her facial and bodily injuries overnight. But just as life seems to be turning around for Rose, she learns the insidious price of her newfound success. 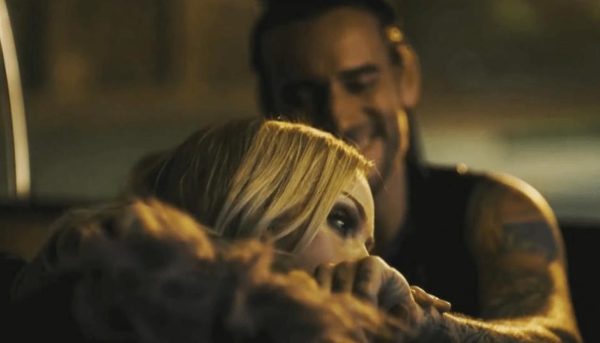 Unfortunately, the new Rabid quickly lays its flaws bare before the viewer, the gritty texture of Cronenberg’s low-budget original replaced with a clean, flatly-lit aesthetic, accompanied by a stock musical score that denies the grungy atmosphere audiences will surely be expecting.

Things at least get more promising when the Sisters tease their satirical through-line; just as the original lampooned the uptick in cosmetic plastic surgery of its era, this new take briefly critiques modern American healthcare – certainly a decent lens for this remake on paper – wrapped around a more unexpected send-up of the cattiness of the fashion industry.

But little smart or provocative is done with either thematic, beyond noting that, yes, attractive people tend to have an easier way of life. Elsewhere, this new version veers away from the epidemic aspect that defined much of the original, perhaps because it’s been done – and indeed, overdone – so much during the past four decades. But does it fill the void with anything particularly worthwhile? Not really.

Early on, one character even knowingly asks, “Why do we keep remaking old trends? Are we adding something new? If there is no soul, there cannot be life.” And though the Soskas at least had the bold-mindedness to try and add something new, one comes away feeling that Rabid 2019 lacks the soul, or at least the visceral appeal, of its forebear. 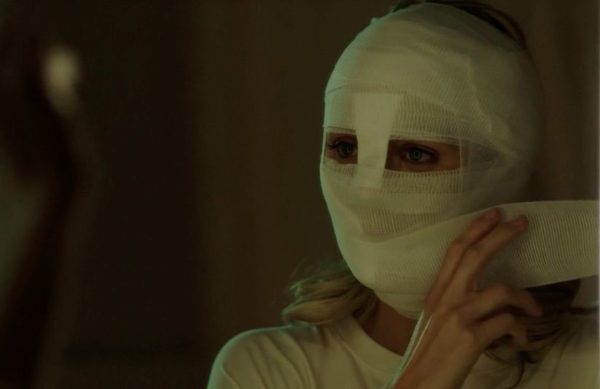 But it’s not all bad; Laura Vandervoort gives a totally rock solid performance as our beleaguered protagonist, who turns out an altogether more sympathetic rendition of Marilyn Chambers’ original character. Vandervoort sells the frazzled torment of someone ripped apart, both physically and emotionally, by circumstance, and even when she can’t speak during an early segment of the film, she handles the limitation well with facial expressions alone.

Elsewhere there are a few choice cameos that may please genre fans; the ever-reliable Stephen McHattie shows up for a cup of coffee as a doctor, while Phil “CM Punk” Brooks has a neat cameo as one of Rose’s doomed suitors, and his wife April “AJ Lee” Mendez is in the mix too as a bitchy member of the fashion entourage. Elsewhere, the supporting players are largely asked to rip through medical lingo and/or exposition at a frantic pace, and do about as well as can be expected with that brief in mind.

For many, Rabid‘s biggest disappointment will be its tepid approach to gore and actual body horror; early makeup effects of Rose’s disfigured face look cheap and unconvincing, while even the later blood-letting is mostly unremarkable, placing a dull capper on the relatively dopey third act.

Perhaps somewhat appropriately, this isn’t a very finessed remake of Cronenberg’s film, and though the Soskas are clearly fans – evidenced by an amusing Santa Claus cameo later in the movie – it’s yet another effort from the duo that fails to live up to their earlier work. And at 110 minutes long, it feels desperately in need of its own nip and tuck.