Frontier Developments revealed lots of news for Elite fans to get excited over at this year’s Gamescom event.  Not only did they reveal more on the brand new fleet carriers coming to Elite Dangerous in the December update (along with a new video that can be seen below), they also went into more detail of what players can expect in the September update. 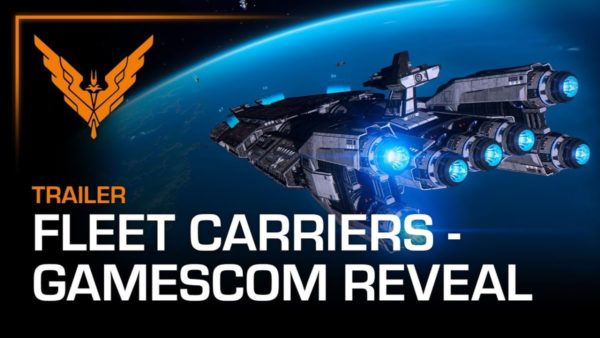 Arriving on September 17th, the September update places the focus on improving the starter experience for new players with the addition of a fully voiced in-ship tutorial that will guide new commanders through the basics of space flight, combat, traveling and scanning.

The September update will also see the reworking and rebranding of Frontier Points into Arx.  Commanders will be able to purchase Arx and use them to buy Game Extras such as Paint Jobs, Ship Kits, Bobbleheads and more.  It will also be possible to earn Arx through in-game activities.

The highly-anticipated Fleet Carriers coming with the December Update will be huge ships capable of supporting 16 player ships but will cost an equally huge amount of credits.  Key details for these gargantuan vessels can be seen below

The September update arrives on the 17th and prepare for the huge ships coming in December.