When I saw Suspiria I was expecting something like Darren Aronofsky’s Black Swan, I think, but the main commonality between the two films is the pitting of the dancers against one another. There’s definitely the virgin/whore dichotomy that runs through so much film, but the paranoia of one girl stealing the other’s role in the ballet does something very, very cool.

This movie about Swan Lake… IS Swan Lake! I told my student this once, and he blinked at me stunned before he said, “It really is. Except for, because she has to dance both roles, she becomes BOTH parts.”
The community is supposed to be between Nina and her fellow dancers, but they compete for roles—which is normal—and then sabotage each other, and in turn, themselves. Nina is sexually manipulated by Thomas, and she THINKS she will manipulate her nemesis, when really she pits herself against, well, herself. I could never resolve what the moral of this story was unless it was, maybe, not to overwork yourself? But that goes against every mantra of every athlete and artist. Maybe that’s the irony. Maybe that’s the horror. 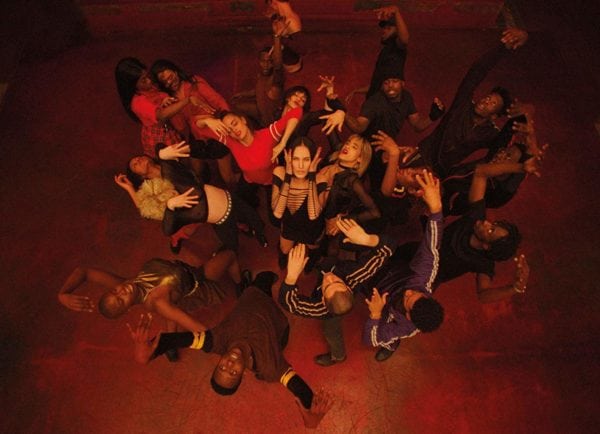 This movie is NUTSO—like Black Swan, Climax pits dancers against one another, too. Though they all SHOULD get along (their sexual partnerships overlap like Venn diagrams), these relationships are divisive, polarizing. Part of that is because rather than work together, they compete for the same parts, and part of it is because someone dosed their sangria with LSD.

The spiking alone is horrific, and it alters everyone’s perceptions in such a way that although they are dancing throughout, the scenes morph, the angles tip on their axes, and the world’s edges become blurry. The film itself becomes a cerebral tortured genius Lord of the Flies survival situation, with empathy totally gone. This movie, to me, incorporates all of the above characteristics in the most interesting way. We have a shadow self and a light self, tethered inextricably, but having changed places. They are identical, so it is not apparent to either community that they’ve switched. This imbalance, though, is what causes the ultimate war—and the imbalance is noticed by the communities when Adelaide performs her ballet. It shows the others underneath that Red is “special.” With that realization, we get the impetus for the war.

Even more so, though, the biggest dance/fight scene of Us happens at Adelaide and Red’s confrontation. Because Red is used to being tethered to Adelaide, she anticipates every swing and moves cockroach-like out of the way, exhausting Adelaide. All of this blocking, the pauses, the fight itself, is set to the creepy remake of “I Got Five on It,” which is, of course, about going half-in on a dime bag of weed. 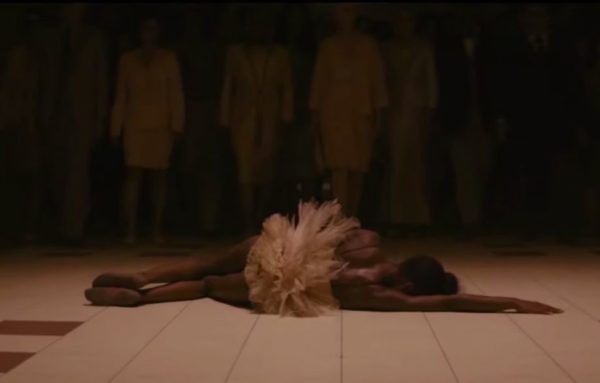 This fight/dance scene, to me, was the genius of the whole movie: here you have a woman fighting the shadow version of herself, a person whom she has already won against, once—and we don’t know whose side we should be on. In this community of one that fights each other… who is the protagonist? It’s wild. Like with Black Swan, the competition inside of oneself is the scariest thing of all, especially when you’re not sure which part you want to win.