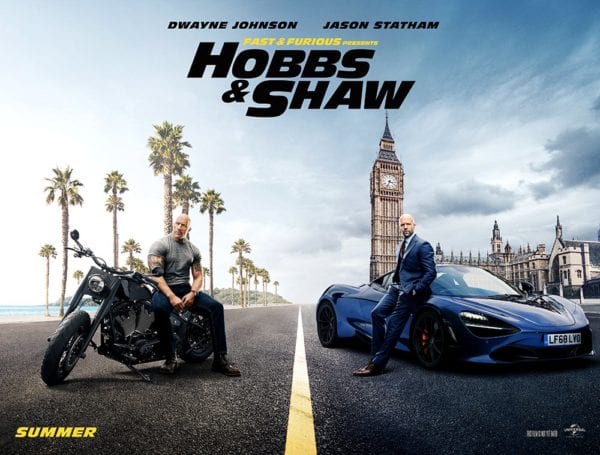 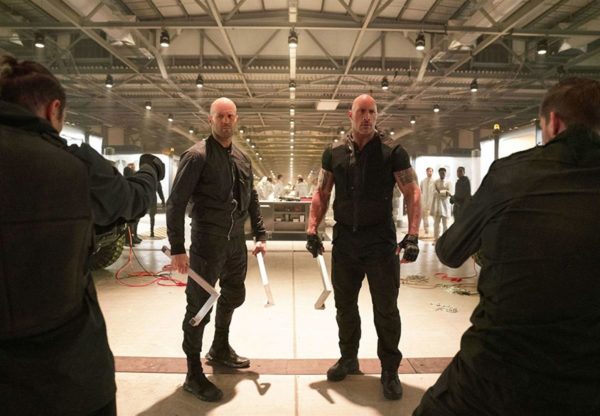 Fast & Furious Presents: Hobbs & Shaw is a whole lot of movie. At its best it’s a well-executed action romp while it’s worst is a slog through a shaky script and headache inducing fight scenes.

Dwayne ‘The Rock’ Johnson is Luke Hobbs and Jason Statham the other titular hero Deckard Shaw. The two characters have been spun out from the Fast & Furious franchise, making their way into their own big-screen jaunt thanks to the franchise’s ability to make Universal a lot of box office cash.

The duo must take on Idris Elba’s genetically-enhanced Brixton, a fairly flat villain that sees the Luther star at his least charismatic but certainly most badass. Vanessa Kirby plays Shaw’s sister Hattie and in doing so walks a strange line between being underutilised and making for an excellent addition to the story. Hobbs & Shaw also features Helen Mirren who in her two minutes of screen time is understandably great but plays a role that you have to assume was added at the last minute because the filmmakers found out they could get Helen Mirren.

This summer’s all-out action movie, Hobbs & Shaw requires little to no thinking. The storyline of the film is almost inconsequential and from start to finish, it’s fairly predictable. This isn’t a movie that’s going to set critics’ minds off in a frenzy to find ways to describe its brilliance, but for many it’s going to hit the spot.

Being a Brit, I feel as though I have to call the interactions between the titular characters ‘banter.’ But as someone who likes a script to move storylines along or develop characters, I’ll need to have a think about what else I can call it. The insults slung around the lengthy running time are nowhere near as inventive as something like Deadpool but they do, if you look hard enough, appear to be comedy. 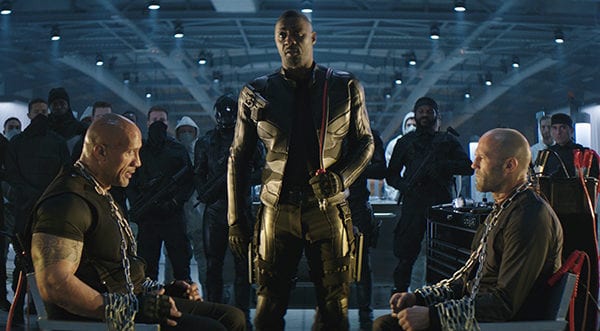 The best chemistry in the film is between the siblings Shaw, Statham and Kirby. This is something the latter is in a better position to take credit for than the former as she continues her tour of being one of the best things in everything she’s in. The real highlight though in the character interaction department isn’t from the main cast at all. Instead the best lines are ones that feel largely improvised by a number of very funny cameos in the movie which I won’t spoil here.

I have to be honest and say that I’ve been unfamiliar with the Fast & Furious movies post Tokyo Drift (egregious I know). And that means I didn’t know much about the characters of Hobbs and Shaw going into this movie. Putting the franchise’s supposed on-set squabbles aside, the reasons for a spin-off are obvious (It’s money.) But from a storytelling point of view, I don’t know where else this newly-spawned spin-off can go where it’ll deliver anything new next time around. And there will be a next time, you can bank on that.

There is a fair bit to like about Hobbs & Shaw including the impressively-shot action sequences, the invisible but well-executed visual effects and the unnecessary but really nice love letter to Samoa in the final act. And all of those things add up to a winner when you consider anyone stumping up the cash to see Hobbs & Shaw is going to be well aware of what they’re getting themselves into.

This spin-off has seemingly spun so far off from the Fast & Furious movies that it’s barely a dot in the distance. It’s simultaneously got a lot going for it but finds itself in need of improvements. But when all things are said and done, this is a movie that’s been produced and released to serve a purpose and that’s what it does. Now watch as it goes and makes a heck of a lot of money.