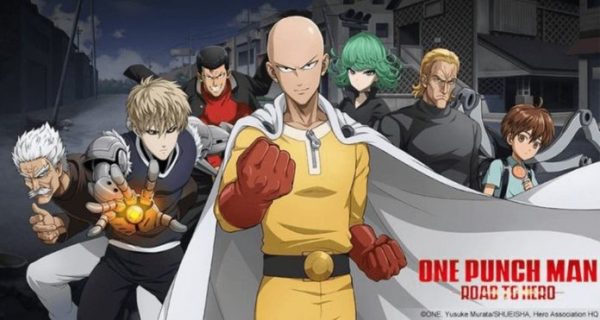 Faithfully reproducing the anime’s storyline, character design and even worldview, One Punch Man: Road to Hero! will see players collect and train over 50 characters that are familiar to fans, including monsters, mysterious beings and S-Class heroes, and experience their powers.  As players progress they will be able to meet with Saitama (One-Punch Man), take on more and more enemies, meet other heroes, spend time in the hot spring, take part in special events and much more.

“One Punch Man: Road to Hero!was created so loyal fans and players can battle, train, and collect characters on their own hero’s journey,” said producer Jinyang Xu, at Oasis Games. “With Saitama as an ally, build the ultimate fighting team with complementary skills and prepare to immerse yourself in a fantastic combat experience with exciting storylines!”

Players will be able to enjoy multiple battle modes where matching different card strengths and utilising character’s unique skills requires strategy and tactics if they want to ascend to the top spot.

One Punch Man: Road to Hero! is available now on the App Store and scheduled to arrive on Google Play soon.