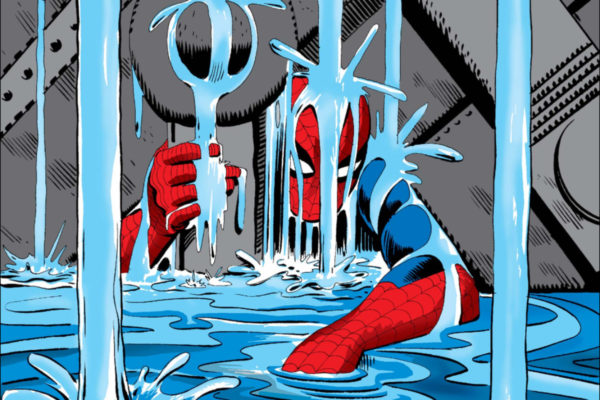 Spider-Man’s proper introduction to the MCU starred Tom Holland as a Spider-Man who had already been on the job for a few months by the time we meet him. In Spider-Man: Homecoming, he has to deal both with the desire to prove himself to Tony Stark, aka Iron Man, and the worries of being a high schooler as he tries to balance both his lives. However, both unexpectedly combine when he discovers Liz Allen, his crush and date to the homecoming dance, is the daughter of Michael Keaton’s Vulture. It comes to a head when, during a tension-filled car ride to the school, Vulture connects the dots from Liz’s comments that Peter is Spidey. It’s a pretty chilling scene as Keaton amps up his villainous take and threatens to kill Peter and everyone he cares about should he interfere further with his crimes and thanks to Keaton’s performance, Vulture is arguably the best Spidey villain brought to screen yet.

The scene is only matched by one a little later when Vulture manages to trap Spidey under a ton of rubble in a pool of water. One of Spidey’s most famous moments comes from Spider-Man #33, where Stan Lee and Steve Ditko similarly trapped the wallcrawler under heavy machinery as the room he’s in floods. It looks pretty hopeless, but Spider-Man is able to find the motivation and strength within himself to lift it off and get back in the fight. Homecoming pretty much lifts this scene from the comics as Peter remembers Tony’s words about being nothing without the suit and uses it as encouragement, showing how both strong-willed and physically strong he is. There are a couple shots from this sequence that directly pays homage to Ditko’s imagery, making it one of the most memorable and applause-worthy moments in all of Spider-Man’s onscreen adventures.

Spider-Man: Into The Spider-Verse is a very different Spider-Man film. Not only is it the first feature length animated Spider-Man, but it focuses on Miles Morales, Peter’s replacement as Spider-Man in the Ultimate Spider-Man comics that is separate from Marvel’s main continuity. Spider-Verse is just an all round great Spider-Man film, from its story, cast, groundbreaking visuals and more to admire from. What it does for Miles though makes him an endearing character that the audience roots for to realize his full potential.

The best moment of Miles’ story comes when he has been left behind by the alternate Peter Parker, Spider-Gwen and the other Spider-Men from alternate universes. He’s been struggling with controlling his powers throughout the whole movie, but is told by Peter that the control he’s looking for comes more from a belief in himself and a leap of faith when he is finally ready to accept who and what he is. After finding the confidence in himself to control some of his abilities and gaining some equipment from Aunt May, including some of his world’s Peter Parker’s own web-shooters, he takes a literal leap of faith on one of New York’s tallest buildings to overcome his fear. Everything about this sequence is awesome and fantastic. The way the glass still sticks to Miles’ hands when he jumps, the soundtrack, the animation (including the beautiful upside-down shot of Miles falling – or perhaps, more thematically rising), Miles’ scream of delight. It’s pulse-pounding and an amazing exclamation point on Miles’ development.

The leap of faith is repeated, albeit differently once the team of Spider-Men are able to be sent back home. Peter B. Parker was all set to sacrifice himself to send everyone home after believing he has no hope for a future in his own world, but it takes Miles to remind him of these words for Peter to have the confidence in being sent back. Seeing Miles and Peter’s relationship end with Miles repaying the favour to Peter in a much more personal manner was a touching way for the film to conclude their time together. 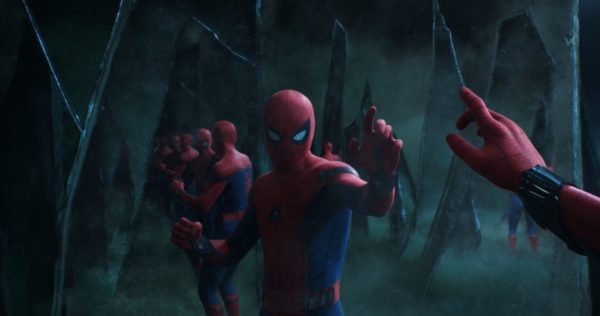 Spider-Man’s most recent foray into live-action saw Spider-Man go international as he faced the villainous Mysterio at various locations across Europe. Spider-Man: Far From Home was filled with many outstanding moments and Mysterio’s massive illusion into Spider-Man’s psyche may be the best scene among some fans.  However, what I think is the best scene in Far From Home comes close to the end as the culmination of Peter’s journey in the story.

Throughout the whole film, Peter is worried about living up to the legacies left behind by some of the Avengers in the wake of Endgame, none more so than Iron Man. He feels an incredible amount of pressure to live up to Iron Man’s reputation, especially since Tony specifically chose him and imparted a powerful tool to help him. All he wants, though, is to have fun and hang out with his friends in his literal second lease on life. That dream comes crashing down spectacularly when Mysterio manipulates him to give up Tony’s gift and forces him to step up the way Tony, Aunt May and Happy Hogan have hoped he would.

It all leads to the best moment of the film: despite losing confidence and the doubt he has in his abilities, Spider-Man is able to stop Mysterio’s mass hologram and destruction of London and face the foe down. After learning from his mistake with Mysterio’s first hologram trap, Peter lets go and uses his Spider-Sense – or as he jokingly calls it here his ‘Peter-Tingle’ – to see through Mysterio’s traps and destroy his weaponized drones and projectors. It’s a great sequence that shows how skilled Peter has become as well as how lightning quick his reflexes make him as he doesn’t have much trouble taking out the drones one by one. The confidence Spidey exudes only grows with each step he takes to Mysterio, a fact which causes the villain to panic and ironically get himself killed via his own drone order. Tom Holland gives a pretty good performance as he faces Mysterio down one last time, even preventing him from getting one last possible shot off. It’s a scene that just screams of how amazing Spider-Man is.

Those are what I think to be the most amazing scenes in the Spider-Man films. Do you agree with any of them? Tell us your favourite moments in the comments below or on Twitter at @flickeringmyth.