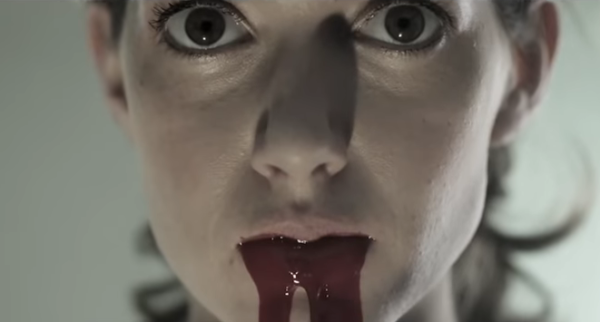 There’s a particular go to in cinematic protagonists; a writer. Usually someone psychologically damaged in some way, in desperate search for isolation and peace (which then makes their fragile psyche or situation worse). Stephen King, writer extraordinaire often has writers as central to his stories (and subsequently the movie adaptations). The best example of course is The Shining. Jack Torrance, most perfectly encapsulated by the unkempt, unrestrained insanity of Jack Nicholson in Stanley Kubrick’s film.

As a writer myself I find myself oddly drawn to films like The Shining, or Misery or the Coen Brothers criminally overlooked Barton Fink. After many years trudging away without much joy in screenwriting terms, I’d been ‘close’ a lot of times. ‘Wow, this script is great. We’ll pay you x amount, and move into production soon…we’re just working on securing the finance.’ 6 months pass. Not a word. Did they die? A little poking and no. They didn’t get within a country mile of getting any money. They’d have been better off scraping the wishing well at night for pennies. So then I was flinging out my shorts…short scripts that is. For free. Take it. Make it. Gimme something for my CV. ‘Wow this script is great. Sure, we’ll go off and make the film pretty soon.’ Then they died too apparently. 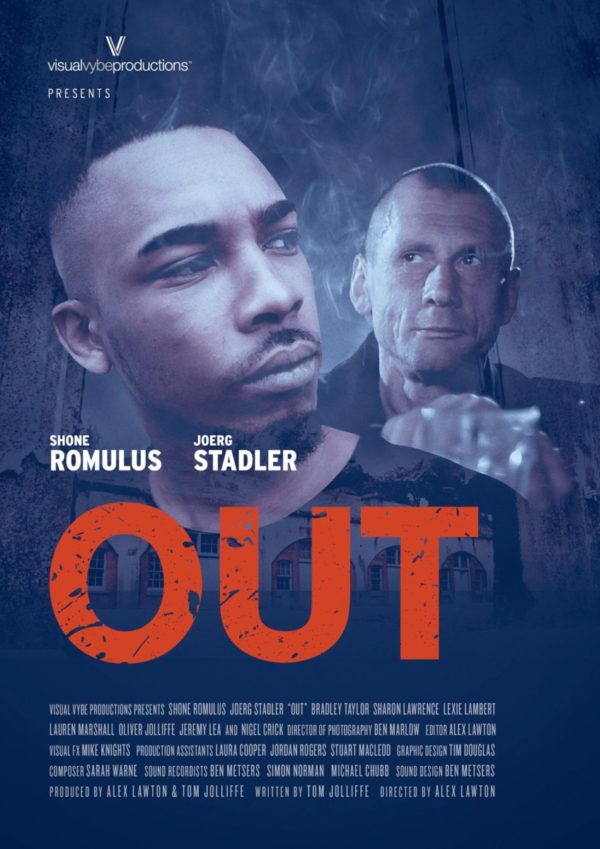 I finally sold a short script in 2015, not long after I’d joined forces with a friend to co-produce my first short film, Out. As they say, if you want something done, do it yourself. A costly experience too, and gave me some insight possibly into why some of those other penniless film-makers didn’t get things moving. The short I sold, in 2015 (called Over The Edge) was shot quickly. To this day too it’s the most I’ve made on a script. It was surprising for what amounted to 10 pages, and ironically one that I’d not even initially planned to sell (it was in pre-production to be self-produced when I let someone look at it). It was finished quickly, it had turned out okay…but to this day hasn’t been released. A bit of spit and polish here and there it’d be fine. So whilst the money was nice, it’s now a dead credit.

Cut forward a few more shorts (and some welcome festival success), and close calls on features and last year things finally moved forward when I got tasked with writing Scarecrow’s Revenge. A micro budget horror feature with a strong likelihood of getting a DVD release. ‘Yeah yeah, where have I heard that before?’ As it was, the people making the film (Scott Jeffrey and Louisa Warren) had already been building up a good track record of getting their films into the shops. ‘This might be it!’ thought I. My ambitions as a writer have never been to win an Oscar, or write a Marvel film, they’ve been more about writing things that will either scratch a creative itch within that I want to scratch, or that will be fun to write and to have that moment where I can walk into an HMV and pick my film off the shelf.

The Scarecrow script had a very tight turnaround but I managed to deliver. Historically, I’ve been the Undisputed Grand Champion of procrastinating but for just over a year now I’ve essentially moved from one project to another, sometimes with cross over. I’ve become accustomed to early coffee shop starts (pre-day job) or taking any spare time possible, in any place (garage, remote car-parks in my car) to do some writing. My speedy response I’d imagine is what ultimately led the producers from both Champdog Films and Proportion Productions coming back to me with more projects. 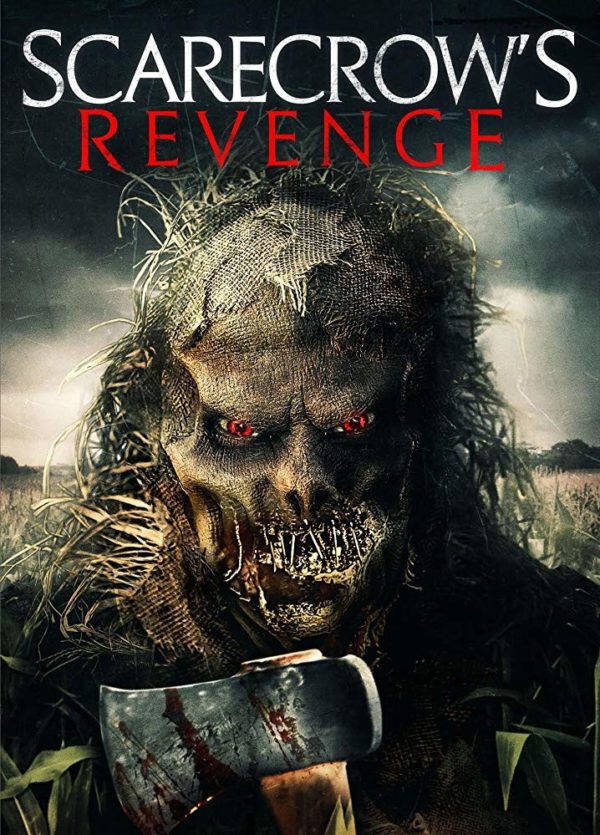 At most recent count I’ve got 9 feature scripts in various stages of production, largely covering horror. Scarecrow’s Revenge (out in October in the US), Cyber Bride (out this year in the US), Reign of Chaos (post), then all shooting shortly; Jurassic Island, Pirates of Purgatory Island, The Witches of Amityville Academy, In The Game, Tooth Fairy 2 and a WWII film in development too. In addition to those, my ambitions in producing have also remained (as with that I can do exactly what I want). I’m currently shooting a final short, the 80’s set comedy, Party Like It’s 1984, and then move onto developing several features including a long gestating passion feature, Feral with all round artist extraordinaire, Leila Bartell.

Even as of this last week I’ve shifted between writing Tooth Fairy 2 (the first film has just come out in the UK on DVD), to a rewrite on Witches, to organising my 80’s set short in time for an October submission deadline whilst also finishing another feature script for pitching. It’s been a big, though self imposed, workload and somehow fitting around a day job and a toddler. Even at points where I pondered turning down a project, the lure of something fresh or intriguingly bizarre hooks me in. Am I addicted to writing B movies? Possibly, even if my greater creative ambitions often see me wanting to pay homage to Taxi Driver, or Stalker, Withnail & I, Naked, or oddity horror like Possession or Videodrome. Still, having spent a youth perusing video shops and being drawn to action and horror artwork particularly, getting the chance to do a demonic scarecrow film gets my inner video shop kid quite excited. Indeed I was on the fence about writing Tooth Fairy 2 until pondering the potential to inject some psychological horror into it and having Possession as a reference point. Now I’ve almost reached the point where I’ve covered almost every possible mythical villain.

Despite the workload, there is ultimately a great satisfaction in handing over a draft. I’ve also, thankfully, been happy with every script I’ve handed over in the end. You learn when writing on spec that you have to compromise your tastes. Being the comical genius I am…Hello? This thing on? (taps the mic), I’ve had to learn to reign in humour, almost entirely as it’s not deemed marketable within horror (for some distributors). Yeah I’d ideally like to sprinkle over a bit more irony in some of these, but then, stripping that away I probably got more sincerity in the drama. If even a pinch of that translates by the finished product I’ll be happy. This is also the beauty of producing my own work too. I can indulge in what I want. I can do an ode to Stalker, or a daft comedy with pinches of Monty Python, Bottom, Withnail & I and John Hughes.

As advice to any aspiring writers, just keep at it and enjoy what you’re doing. Even if you get to a point you can’t envision your work being picked up, a surprise may lurk around the corner. Worst case? Write something you think could be shot easily with two actors, make it as good as possible and source a camera. Make the film yourself if you have to. So networking is also important (make friends with people who can shoot and edit). The more you put on your CV, the more likely it is someone will entrust you with bigger and bigger projects. 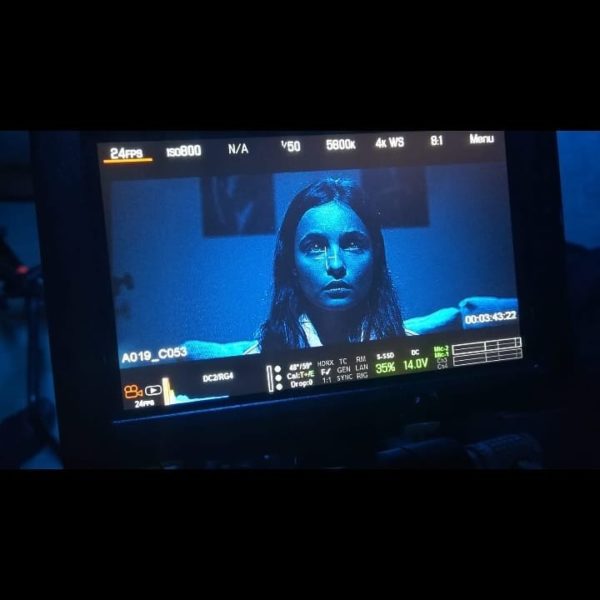 Behind the scenes on ‘Cyber Bride’

As I pass this crazy year of writing, and the first releases of this string of films comes up on the horizon I begin to look back at what I’ve done. I’m looking forward to them all, but particularly the Black Mirror inspired Cyber bride. A film I almost gave up on about 4 drafts in. Until a tear up and begin again got me 80% there (and thankfully producer Scott Jeffrey pulled it over the line with some tweaks). Another thing you will learn in writing is the point of impasse where you can’t take something any further . Cyber Bride is more my genre than Dinos or Pirates persay. The film looks great too, particularly considering it was shot for less than the wig budget in Nic Cage’s last film.

I’m also looking forward to seeing the results of Reign Of Chaos, possibly the breeziest write I had. Great fun, a bit more freedom for pinches of humour given it was a little more action orientated and the cast looks amazing in a crossing of Charlie’s Angels and Resident Evil (set against an apocalyptic backdrop). Then I’m possibly most excited about The Witches of Amityville Academy. The script through 3 drafts evolved from something more in line with The Craft, to becoming much darker and more an ode to Suspiria (the original and the remake) and an impressive cast headed by an Emmy nominated actress. Kira Reed Lorsch whose career has had an interesting arc from Shannon Tweed-esque erotic thrillers, to being connected with Playboy TV and latter, the Emmy success with The Bay. In fact I do recall back in my formative years and the formative years of Channel 5 catching her on things like The Red Shoe Diaries, a few of those blue movies or presenting Sexcetera (kind of like Playboys answer to Eurotrash). Further, in the space of a year I’ve seen Champdog and Proportion developing, growing and the production levels rising. There’s an enjoyable progression to see and for my own inner 80’s horror geek, I love seeing the practical approach to creating the monsters and gore on their shoots that seems all to disappointingly rare these days (even in the biggest budget horrors). Some of the creatures in their respective productions look amazing.

The question is. Could I be as prolific again in the following year? For now I say no. I feel like there’s not as much left that could intrigue me whilst a focus on pushing and developing my personal projects is also required…but…then I may get that message…’Hey Tom, do you think you’d be interested in…’ Inevitably I hear the pitch and I begin daydreaming about where I could take it…then within 5 minutes the answer returns, inevitably, as ‘yes.’