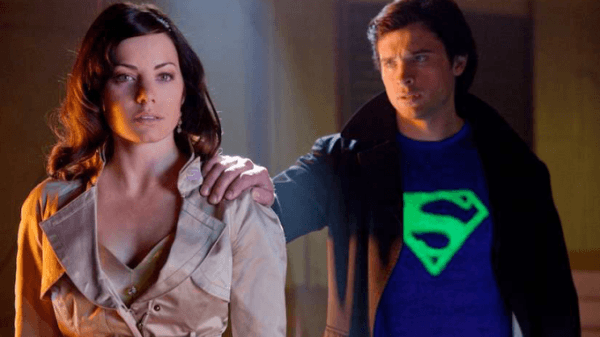 Yesterday it was revealed that Tom Welling is set to reprise his Smallville role as Clark Kent for The CW’s upcoming Arrowverse event Crisis on Infinite Earths, and it seems that Welling’s Superman will be bringing Erica Durance’s Lois Lane with him.

Durance – who has previous Arrowverse experience having starred in Supergirl as Alura Zor-El – will join Welling in multiple episodes of the five-part DC crossover, with Crisis also promising to reveal what the two characters have been up to in the decade since Smallville.

Crisis is now up to three versions of Superman (Tyler Hoechlin, Brandon Routh and Welling) and two Lois Lanes in Durance and Elizabeth Tulloch; however, according to Deadline, there are no plans to include other versions of Lois such as Teri Hatcher.

Crisis on Infinite Earths will begin with Supergirl on December 8th, followed by Batwoman on December 9th and The Flash on December 10th before concluding on January 14th with a double bill of Arrow and DC’s Legends of Tomorrow. Confirmed guest stars from the DC multiverse include Jon Cryer (Lex Luthor), LaMonica Garrett (The Monitor/The Anti-Monitor), Johnathon Schaech (Jonah Hex), John Wesley Shipp (The Flash), Kevin Conroy (Bruce Wayne) and Burt Ward in an as-yet-unrevealed role.