In a pretty quick turnaround compared to the first and second seasons, Starz has announced American Gods has begun production on its third season and released the first official image from the new season. The upcoming season will see another showrunner change as Charles Eglee (The Walking Dead) takes charge of the series. 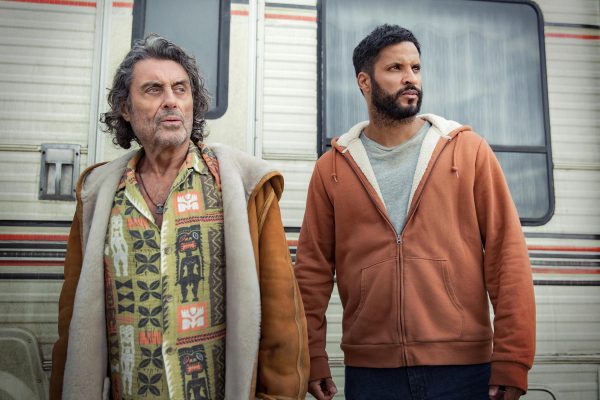 Additionally, Starz also announced Dominique Jackson (Pose) and Eric Johnson (Vikings) will star in the third season while Deadline revealed Ashley Reyes and Herizen Guardolia (The Get Down) have also joined the cast.

Jackson will play Ms. World, another incarnation of Crispin Glover’s Mr. World as he “is looking to control destiny with a mysterious new piece of technology that, if brought online, will have the power to dominate humanity’s attention. And in this modern age, attention is worship.”

Johnson will portray Chad Mulligan, Lakeside’s Chief of Police where he “spends his days mediating disputes between townsfolk he’s known his whole life. This trademark low-key diplomacy works well for Chad until a local teenage girl goes missing, igniting a panic of paranoia and blame that threatens to tear Chad’s beloved town apart.”

Reyes will play Cordelia, “a whip-smart but rebellious college dropout facing mounting legal bills and student debt before Mr. Wednesday arrived in her life. Now, she road trips across the country meeting her boss’ eccentric friends and helping him with “tech stuff,” unaware she’s caught up in a divine battle for the soul of America.”

Guardiola will portray Oshun, “the Yoruban goddess of love, purity, fertility who uplifted and empowered the enslaved people who built America. While known as the maintainer of balance, and the mother of sweetness, Oshun is formidable and known for her spiritual strength. This season, Oshun and her fellow Orishas play a mysterious but vital role in Shadow’s spiritual awakening.” 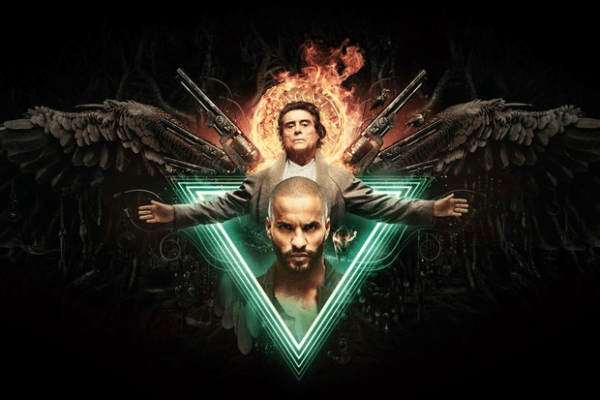 The third season of the Ricky Whittle-headlined American Gods is scheduled to air on Starz in 2020.