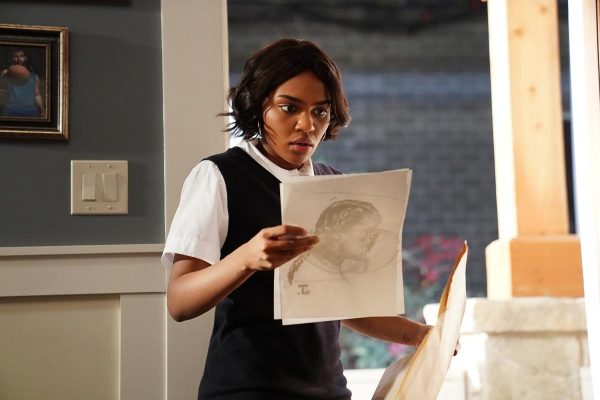 Yeah, I’m just going to say it- this is officially the worst written season of a DC show ever. I know, I know, it’s only the second episode, but you have to understand that the writers are continuing to make the same exact problems they’ve been doing since season 1 without changing or even recognizing said issues. To experience each entry and see the same awful tropes implemented each time is painful at this point- I’d much rather watch Arrow’s season 4.

But I’m going to avoid beating a dead horse and go right into the specifics- the title implies we’re going to get a story focused on Maryam Luqman, the random Muslim metahuman briefly seen in the very first scene of the season 3 premiere. I’m here to tell you that that isn’t the case- she’s in four brief scenes, none of which contribute anything to the overarching plot.

Strangely, though, maybe she was the focus. See, this was the most disjointed episode I have seen in quite some time. Usually a show with an ensemble cast divides the episodes into two-three parts: an A plot and one or two B plots. Here, however, “Maryam’s Tasbih” was more akin to six different B plots stitched together by some hack writer who took a couple of screenwriting classes. I don’t usually go for personal attacks, but looking at Charles D. Holland’s past credits reveals to me that he has written some of the worst episodes to grace Black Lightning, including the previous two season finales, but somehow he keeps finding work. 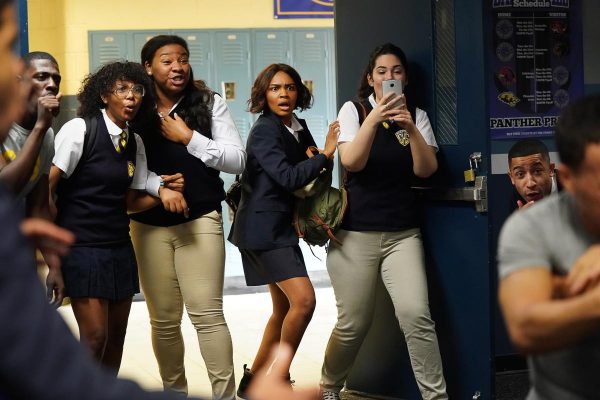 Let’s see, there’s Jefferson and Lynn’s tale about them having the same cliche worries for their children that they’ve been having since season 1, as well as having the same stupid argument about the ASA and the pod children and whether metahumans are freaks of nature. Honestly, if your parents were fighting this much about the same topics, you would probably want them to get a divorce. Seeing as how Jefferson and Lynn are already separated, I advocate they be put in different counties- that would be a far greater fate than having them go through the same circular motions each and every season.

Their interactions with the other characters only show how bad the scripts have become- Lynn tells Maryam that using her powers has resulted in her body’s cells degenerating, yet the very next scene with them has Lynn pushing Maryam to, get this, use her powers even harder! Then there’s Jefferson’s tense dialogue with Commander Williams, who views metahumans with disgust. And yet, if I recall correctly from “Birth of the Blackbird,” he himself is a metahuman! Is there really that much dissonance between the staff members of Black Lightning that they can’t even get one facet of a character consistent?

Next we have Anissa, who easily survived that silly, stupid, wannabe-cliffhanger blast at the end of the previous episode, and has continued to move the smuggled metas from Freeland to the Perdi’s lands. At first it was actually nice to see the creators reference this seemingly out-of-place sideplot from season 2, but all that is turned to naught with the decision to make Anissa a physically abusive jerk who (literally) strong-arms Anaya and her father into helping, despite their legitimate concerns over the scarce resources being given to the refugees. I get that there was an intention here to show how desperate Anissa is becoming to do good in the increasingly-constricted situations imposed by the ASA’s blockade, but there was nothing from the prior episode that indicated Anissa was getting this stressed out. It’s, once again, a terribly-written conflict forced into a show that is already struggling to balance its existing plot lines. 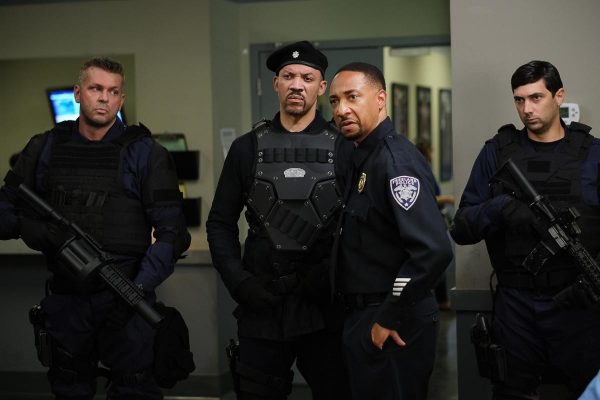 And speaking of one of those existing plot lines that has been plaguing Black Lightning since season one, we have the pointless return of Lala again! I seriously don’t understand why the writers feel the need to keep torturing this guy. It’s literally like something out of Dante’s Inferno where someone is forced to go through this death and rebirth scenario for no reason other than to suffer. He serves no interest to any of the narratives whatsoever, his BS rejuvenation has never been explained outside of vague references to an experiment Tobias invested in (that apparently has no connection to the revival of other deceased characters and is, itself, unexplained), and all they have him do here is rehash the same drug-kingpin war crap that we got enough of in season 1.

Henderson butts heads with Williams but nothing substantial comes out of it, and then there’s Gambi playing the radio man role seen in every CW superhero show, so nothing worth talking about there.

What’s next? Ah, yes- we finally get a look at the grave Markovian threat that was hyped up significantly in season 2, and it turns out to be generic, cliche, Russian villain stereotypes! I was on the verge of laughing when I actually saw this. I know that Black Lightning was created in the 1970s, but did they really have to pull an outdated fairy tale out of the Cold War playbook? They even have these guys say they’re out for American blood- John Wayne couldn’t have come up with such a moronic jingoistic enemy. 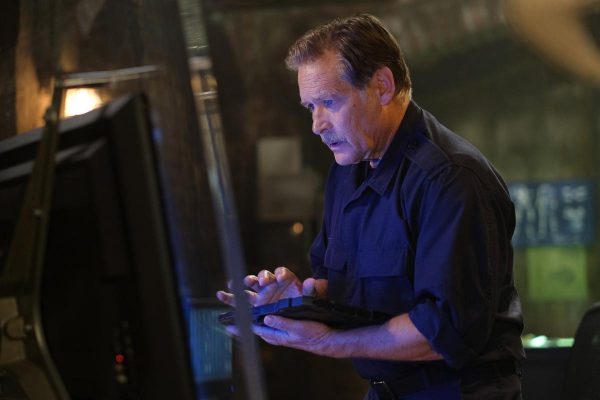 The rehashed threats from days of future past don’t end there- Khalil returns, another character that, like Lala, the writers feel the need to abuse as though he’s in a torture porn. We knew this was going to happen as we saw his body in the season 2 finale, and, like 95 percent of the happenings in this serial, his rebirth is not explained in any shape or form. He’s been given the RoboCop treatment, his mind wiped so he can be a dedicated weapon for the ASA, and we see him put into action when he’s sent to kill his mother, a mission he succeeds in.

Something tells me that the writers intended this to come off as a daring move, but all I can say is it reeks of some edgy 12 year-old’s take on what it means to be dark. Khalil’s mother was a terrible actress, so I guess one good thing came out by getting rid of her, but the whole scenario was stupid and contrived. There was no reason to bring Khalil back- his death was actually one of the better elements from the prior season. Real maturity would be letting him rest in peace and having the rest of the cast grow from that, like we’ve seen in any other well-written show. As it stands, I wouldn’t be surprised if they revive Khalil’s mother at some point down the road.

After enduring all this misery, we get one final random thread unraveled for the end; the writers forgot that Jennifer existed, and so they have her trash some bullies, throwing in a random bit about her having changed. Just nonsense, pure nonsense.

The pacing was decent and the action beats are getting better, but the storyline is so trash at this point that nothing else matters.