DC Comics releases Aquaman Annual #2 this Wednesday, and you can take a look at a preview of the issue here… 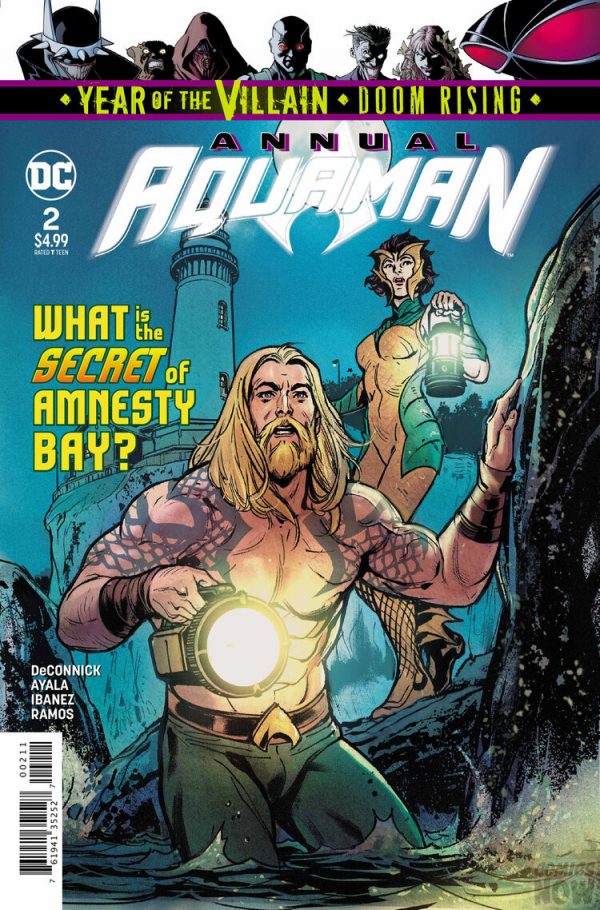 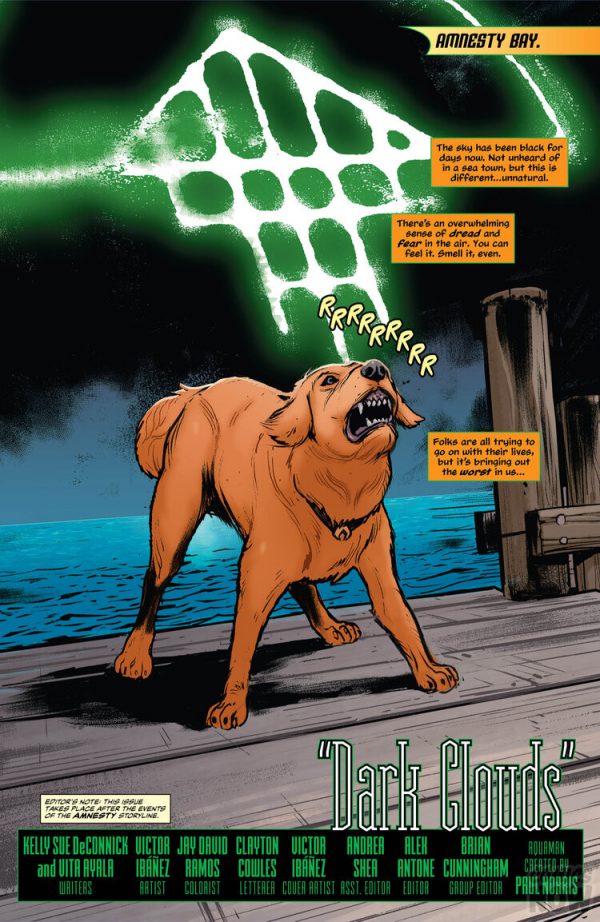 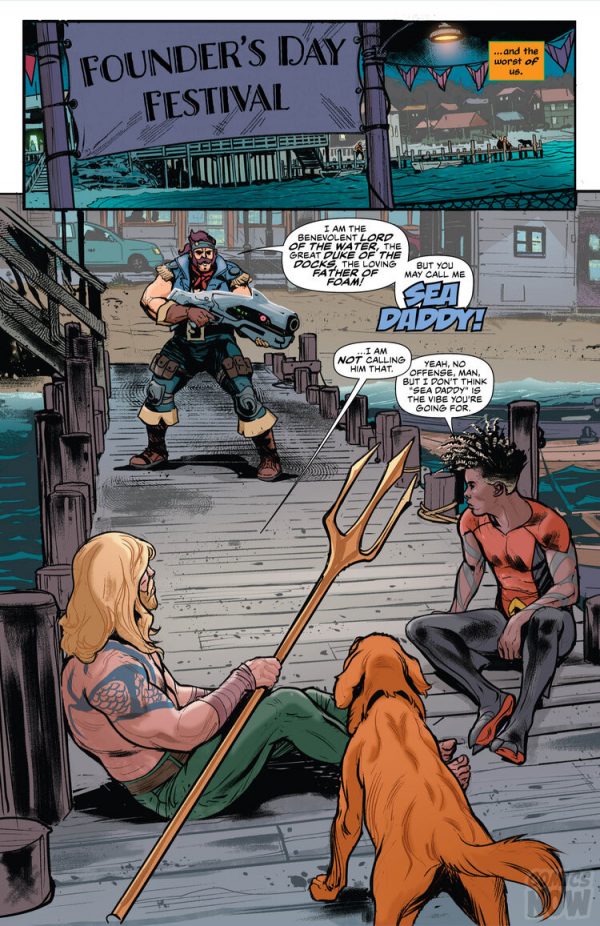 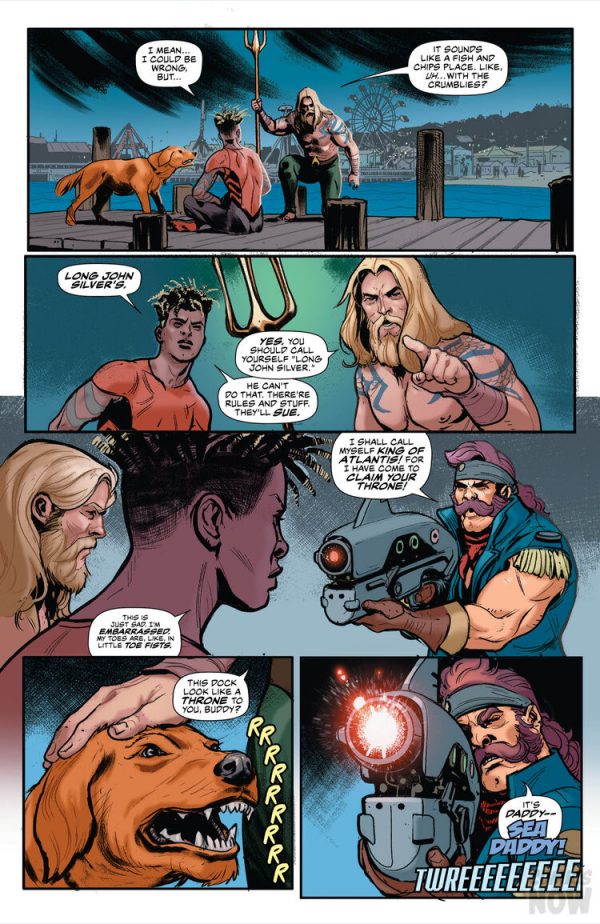 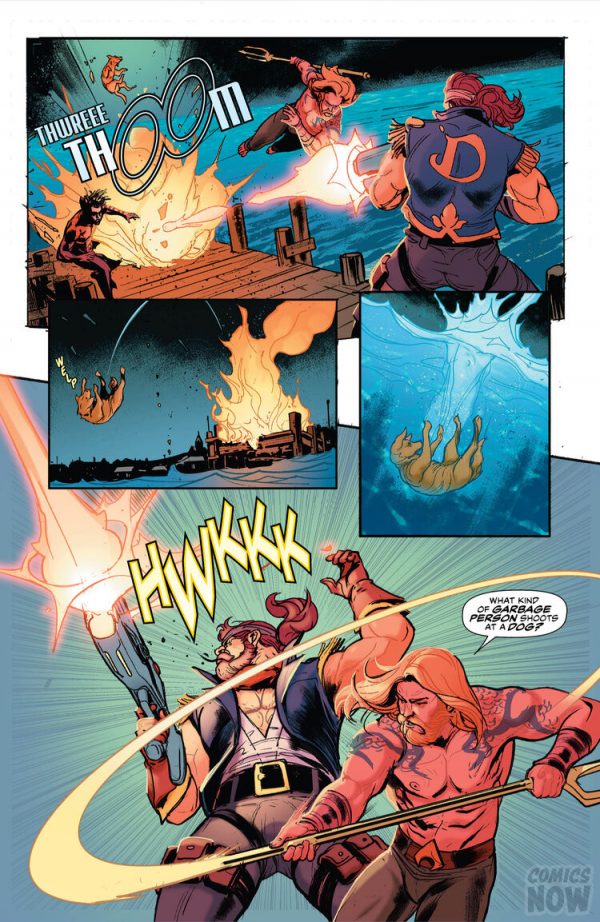 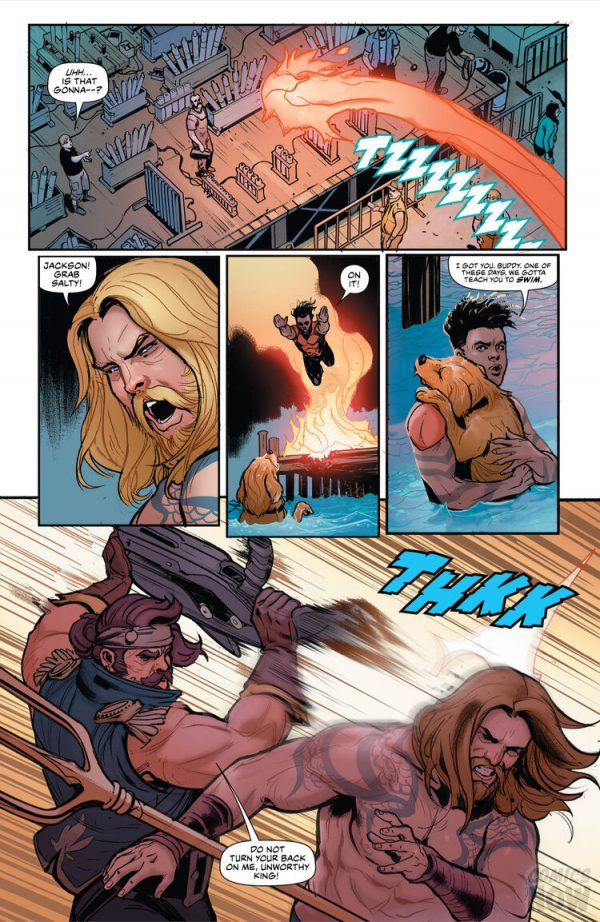 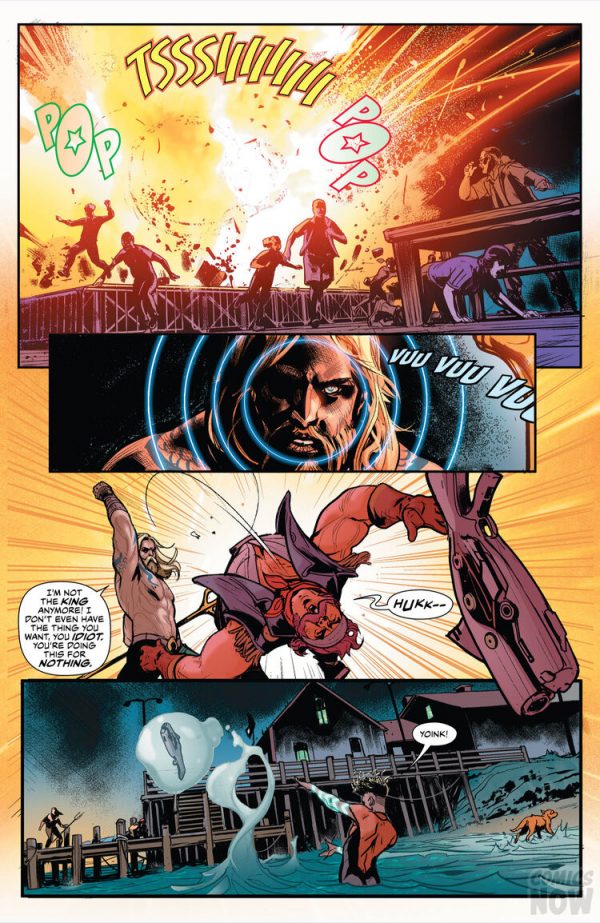 “A “Year of the Villain” tie-in issue! When an assassination attempt on Aquaman tears through Amnesty Bay’s Founders Day festival, tensions between Aquaman and the people of his city reach an all-time high. Worse, Aquaman’s dog Salty has gone missing! Can Aquaman save the festival and find his dog before Amnesty Bay tears itself apart?”