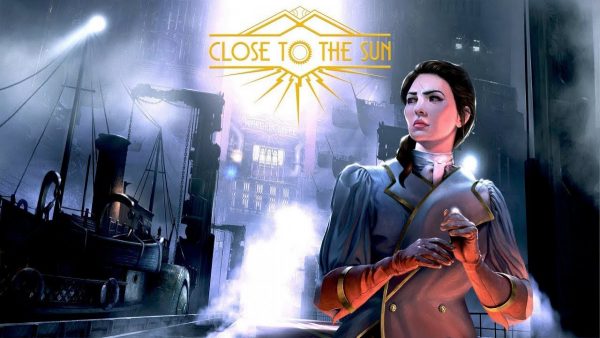 As Halloween creeps closer once again, gamers will be looking to sink their thumbs into a fitting scare for the senses and experience an immersive dose of horror for some downtime after carving another Sackboy pumpkin. Bloober Team’s Blair Witch is already in our backpacks and Luigi’s Mansion 3 may not be the guttural terror we’re searching for, leaving Italian first-person horror, Close to the Sun to supply the chills. Original reviews from Microsoft critics were mixed, which leaves plenty of room to delve deeper into why developer, Storm in a Teacup’s steampunk, Sci-Fi mystery has players divided.

In terms of its originality for storytelling, director, Federico Belinghieri, designs a compelling alternate reality surrounding the great inventors of our world and gathers them on a behemoth sea cruiser known as the Helios (named after the Hellenistic Sun God). Aboard this vessel, genius’ like Tesla, Edison and Einstein all congregate in a competitive manner to battle for scientific supremacy with devastating effects. It is amidst the aftermath of these colossal and sinister time experiments that physicist, Ada Archer, becomes entangled, and it is your objective, as her sister and journalist, Rose, to board the Helios and locate her whilst uncovering the unspeakable madness that set sail, to the detriment of its passengers. 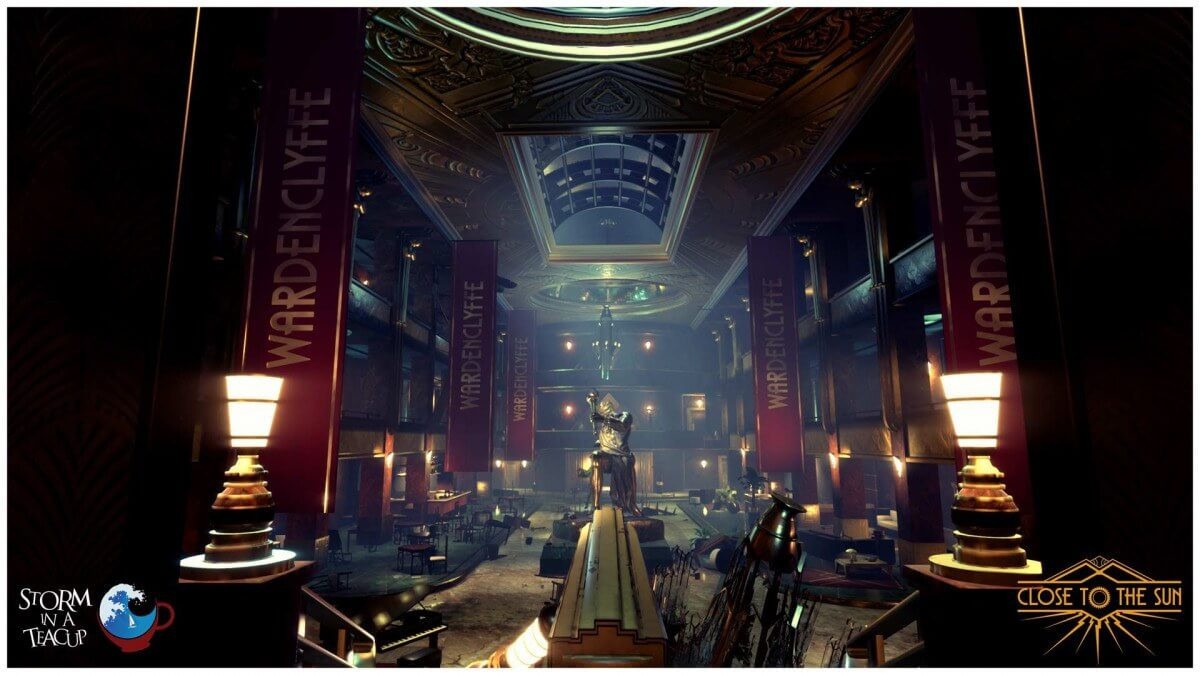 Praise should be awarded for its creativity by bending the fabric of our established reality, but the gameplay itself is noticeably mediocre to its storytelling feat. Straight from the prologue, there is a heaviness. Not just from its creepy nature, but the movement of your character travelling from point A to B. Initially, time is spent running around the brilliant decks of the stylish ship, retrieving items you need on one side of the ship to unlock a door on the other, with virtually nothing to explore in between and no map to navigate through these time consuming tasks. Be prepared to adjust your screen brightness, as the darkness of cabin corners hinder your completion of tasks rather than add ambience. 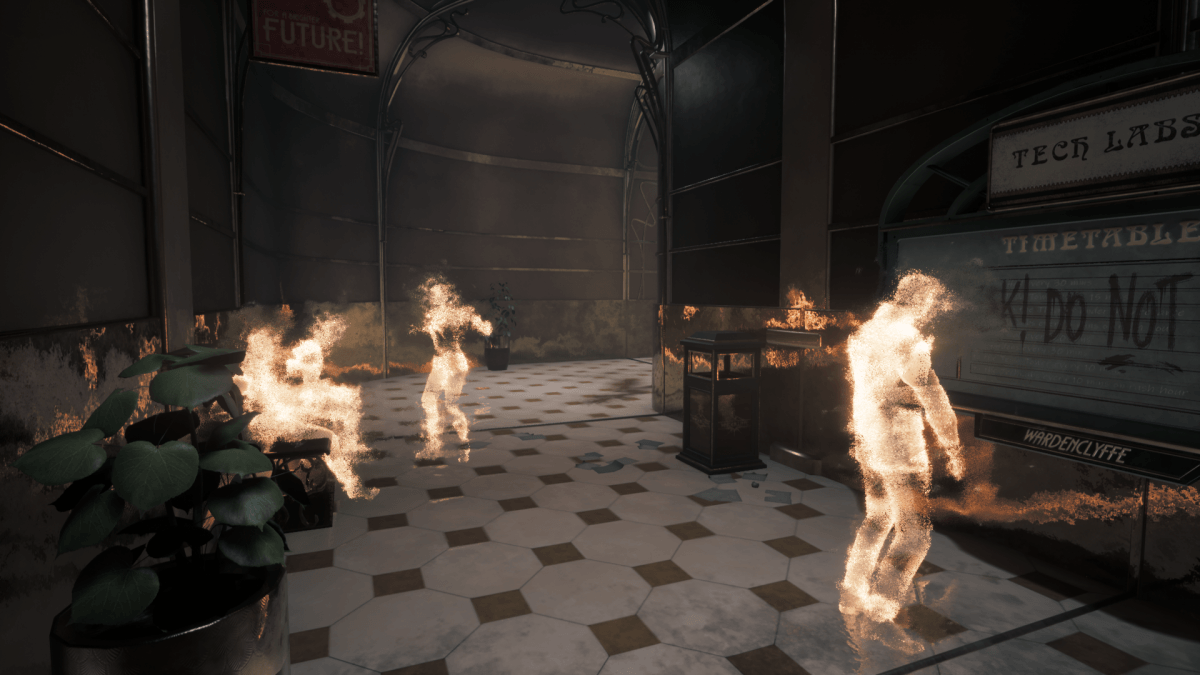 To gain a sense of progression, the constant back and forth is slightly frustrating. However, it benefits the atmosphere of the narrative by reflecting an overbearing feeling of being trapped in the past. Throughout each of the ten chapters, Rose experiences puzzling, apparitional flashbacks that adds a fantastical element within the story’s scientific parameters, while also acting as a guide through certain objectives.

Alongside protagonist, Rose, are other helping hands, like her sister Ada (who bears a remarkable resemblance to Peaky Blinders’, Ada) and the jovial head of maintenance and technology, Aubrey King who assists you via radio. Aubery won the battle for best character with his flamboyant charisma and patriarch reassurance to compliment Rose’s passive aggressive humour, creating a comforting rapport amongst the isolation of the abandoned Helios. 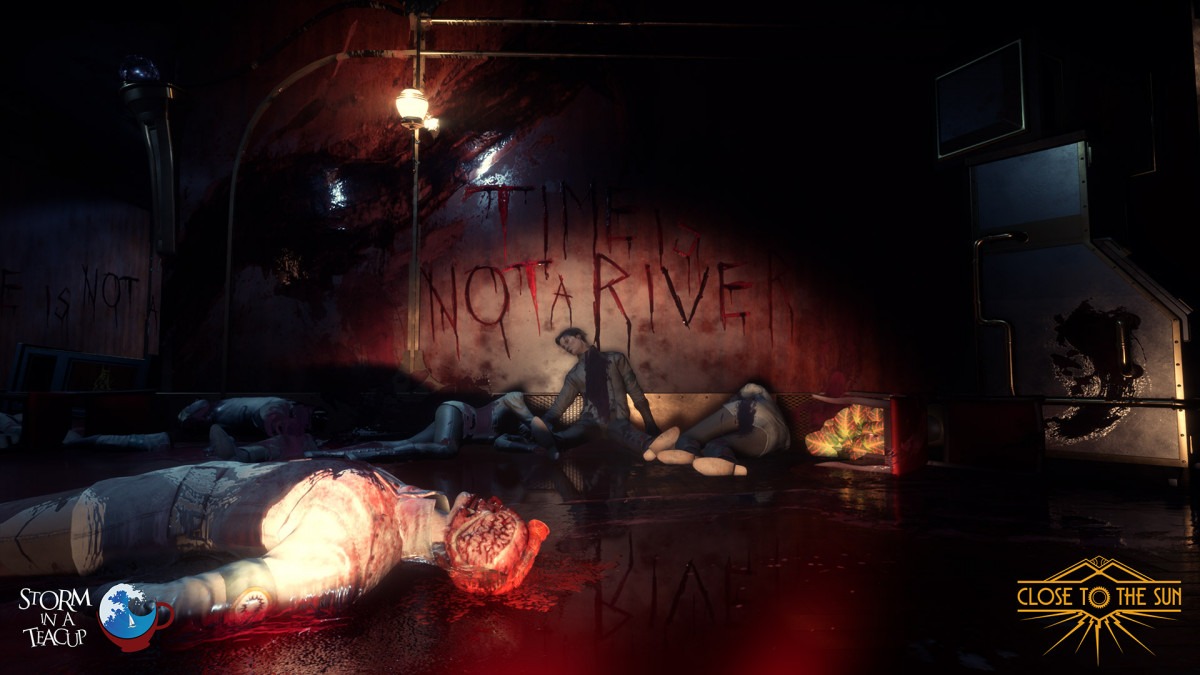 Apart from the looming terrors of the past, shadows, dead bodies and manic, sporadic screaming to keep you company, the villains of the vessel are psychopath, Ludwig, who supplies adrenaline-pumping chase scenes, and surprising threats called Temporal Anomalies, manifested from the leftover energy trapped on the Helios. These monstrous creatures are time antibodies, who therefore consider humans as germs. Their instincts consequently aim to exterminate our species, but these antagonists are exciting enemies who supply some killer cut scenes. 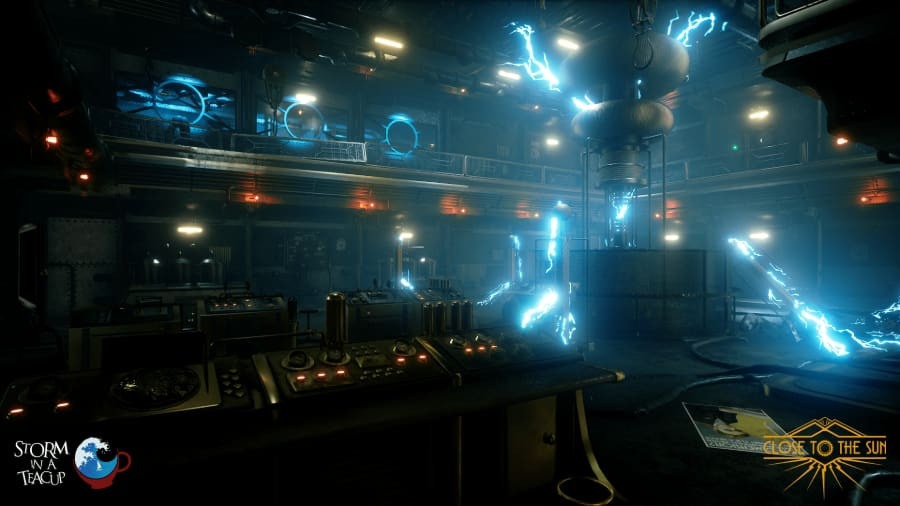 The romance of the early twentieth century is certainly present on a copper backdrop of this era which blends well with the futuristic, electric blue sparks from broken generators and electromagnetic conduits. There are no stats or vitals on screen to disrupt the visual experience or distract from the grandeur of your environment. While you can become injured by jumping from too great a height or being electrocuted, there are no healing properties or first aids to be frantically searched for, nor anything to craft, making gameplay even more minimalistic.

The story is rigidly liner and rather easy to follow with a small chance of getting lost or stuck on what to do next. As a rule of thumb, following the green door lights and the natural progression of the floor plan will very rarely steer you wrong as the layout becomes quickly familiar when searching for what little items you need over the short, Sun God named chapters. There is nothing particularly challenging for the player. You smoothly transition from one quest to the other with the odd puzzle to solve or code to retrieve and enter into door security along the way without any great skill required. 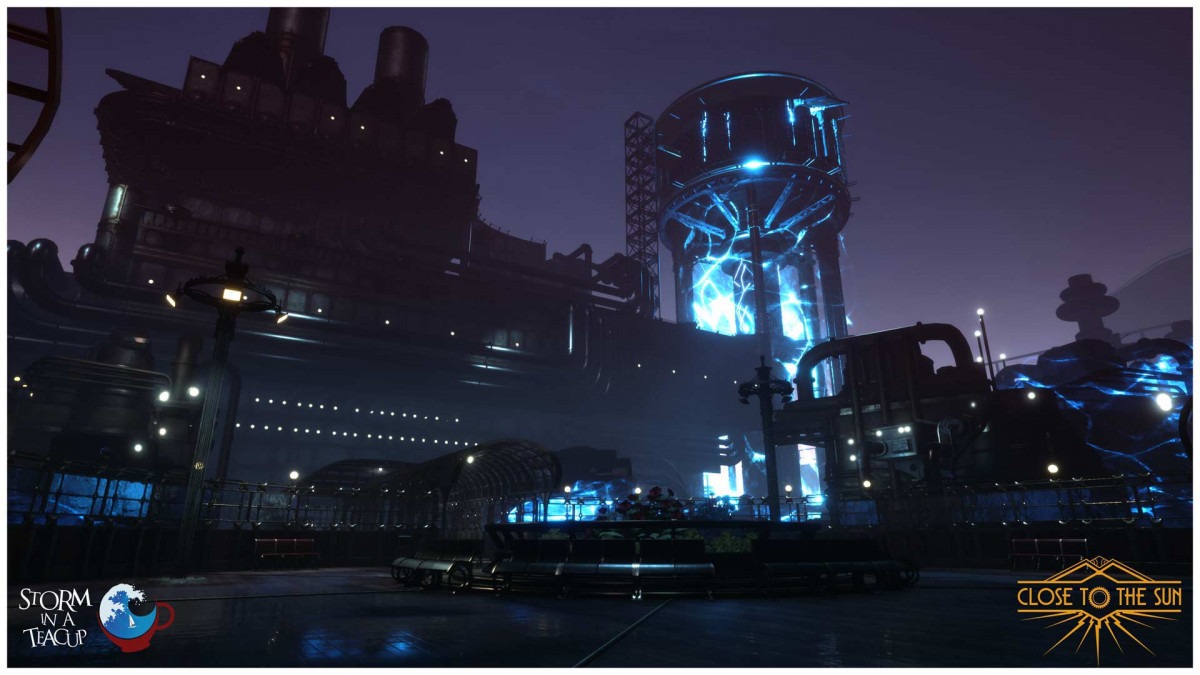 It’s evident that Storm created an extremely story-focused game that devotes less of its time to creating interesting or challenging gameplay. Luckily, the story is intriguing enough to sustain its duration with its alternate reality thread, that at moments has whispers of Fallout 3 and BioShock. At points, the player may feel like they’re going through simplistic motions with little obstacles to overcome before reaching the endgame, watching it unfold as more of a movie. However, your curiosity returns when the console lies dormant and you find yourself eager to return and discover more of an original story that exposes what’s behind the veil of sinister science.