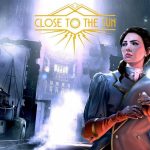 Jo Craig reviews Close to the Sun… As Halloween creeps closer once again, gamers will be looking to sink their thumbs into a fitting scare for the senses and experience an immersive dose of horror for some downtime after carving another Sackboy pumpkin. Bloober Team’s Blair Witch is already in our backpacks and Luigi’s Mansion […] 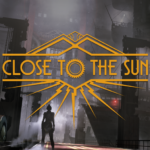 Red Stewart reviews Close to the Sun…. When I read the initial reactions to the launch trailer for developer Storm in a Teacup’s title Close to the Sun, I was disappointed. The comments reeked of comparisons to BioShock, as though that was the only video game to ever utilize an Art Deco aesthetic (or to […]

Wired Productions and developer Storm in a Teacup have announced that they will be releasing their first-person horror game, Close to the Sun, on 2nd May via the Epic Games Store.  Close to the Sun provides players with an alternate 19th century to experience, one where Nikolai Tesla changed the world only for it to end […]