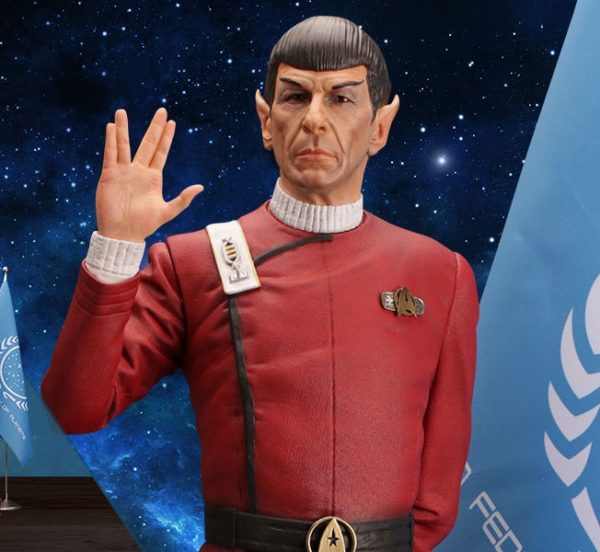 Sideshow has unveiled DarkSide Collectibles’ 1:3 scale Captain Spock statue which is based on the appearance of Leonard Nimoy in Star Trek II: The Wrath of Khan. It is available to pre-order now, priced at $1,299.00; take a look at the promotional images below… 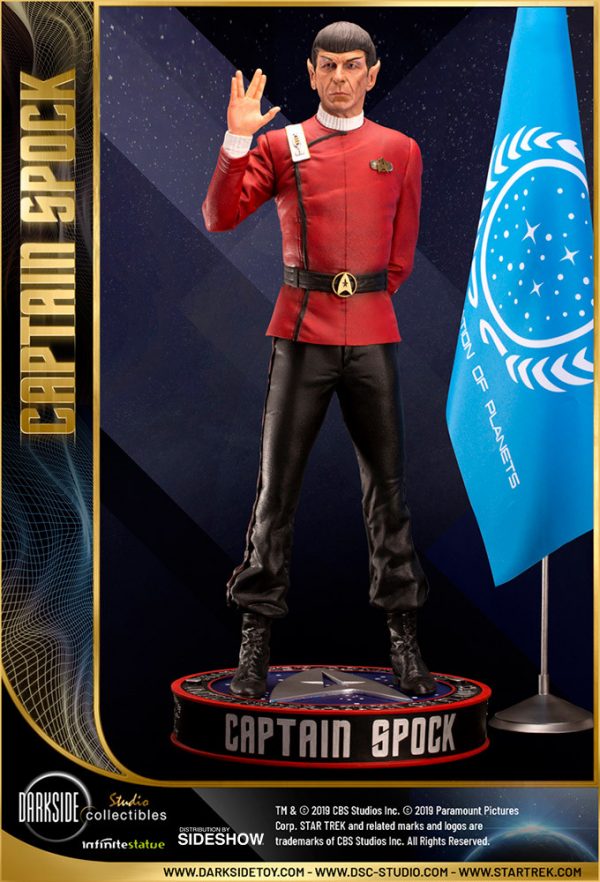 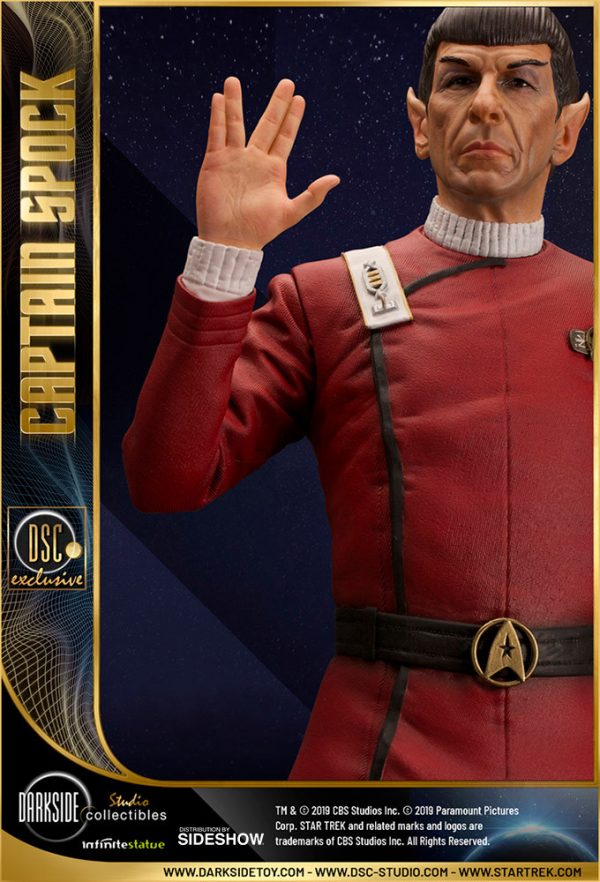 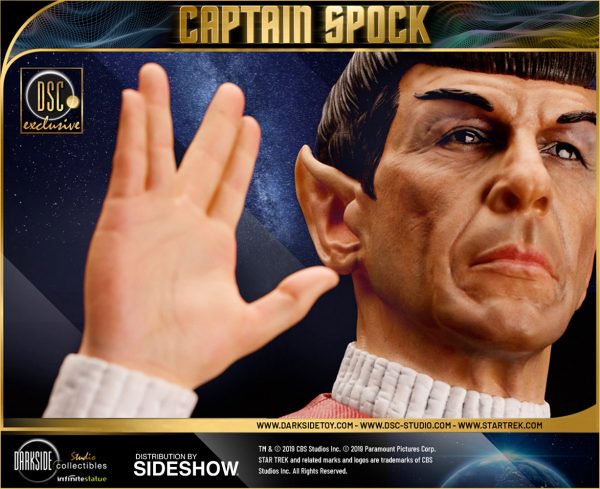 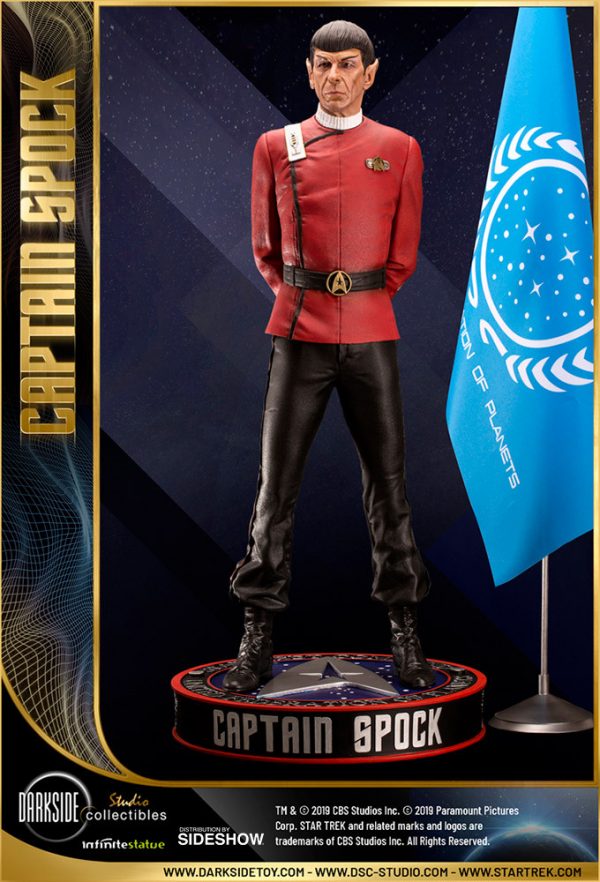 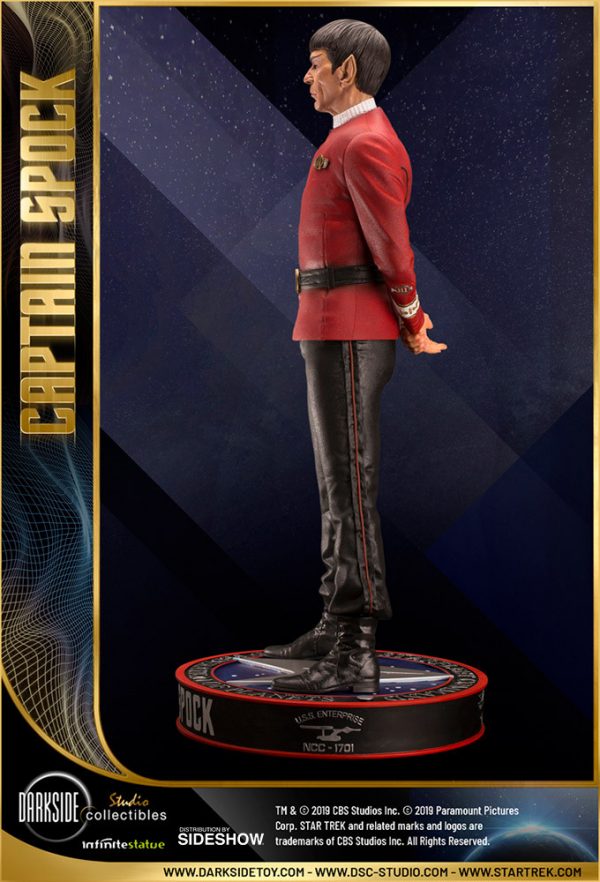 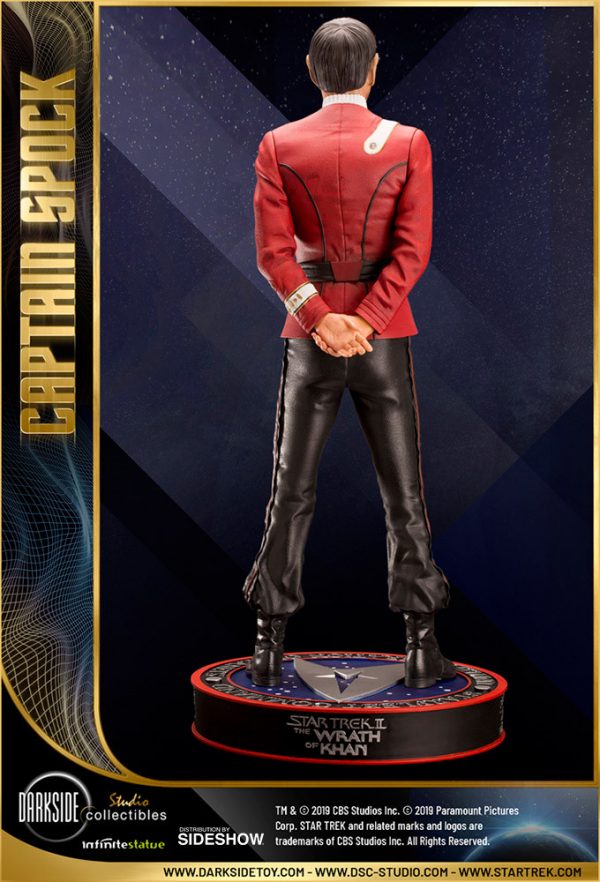 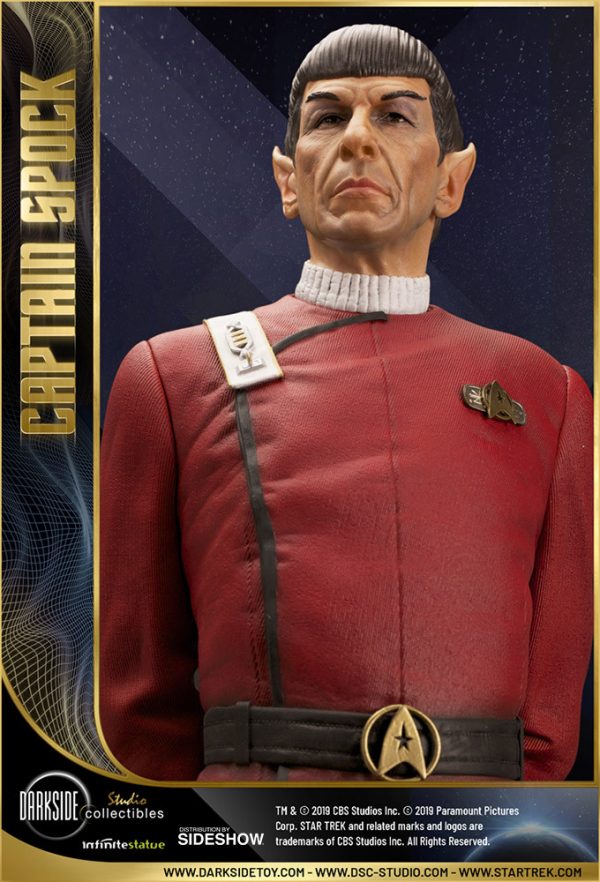 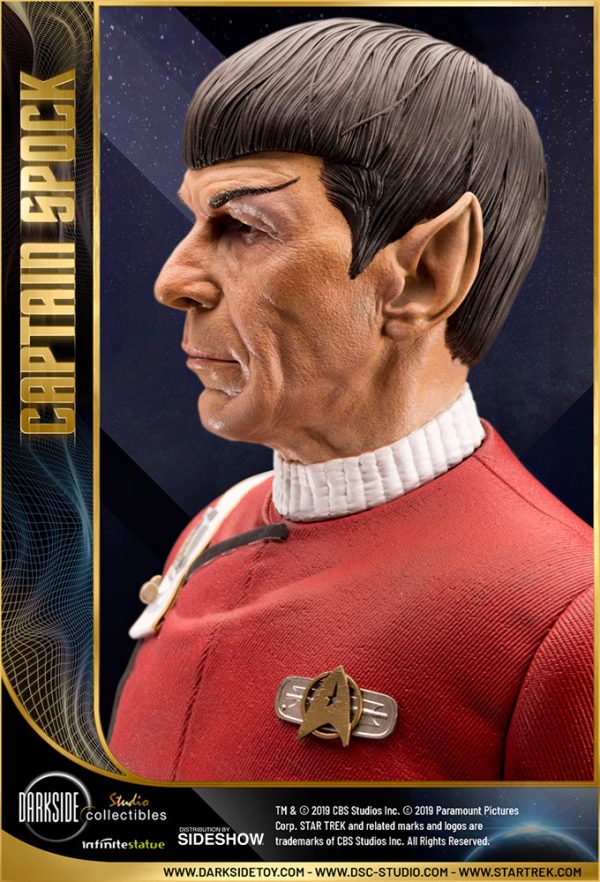 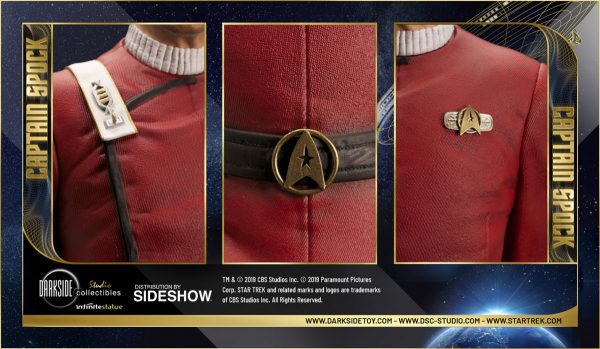 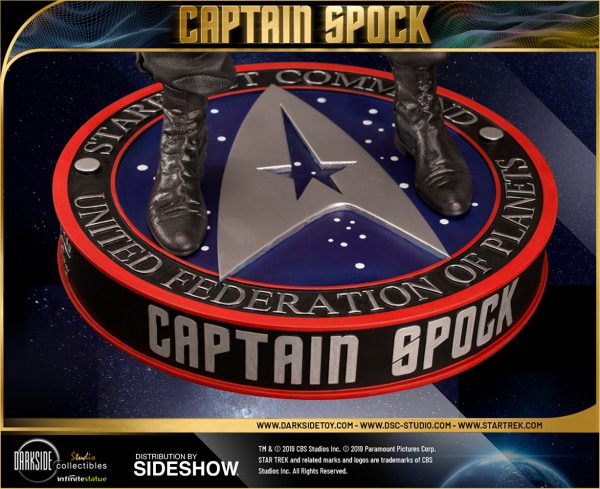 Recreated from, original CBS Studio Inc, archived materials and through a thorough examination of the original filming costumes the statue features a breathtaking likeness of actor Leonard Nimoy as Captain Spock of the U.S.S. ENTERPRISE as he appears in the Paramount Pictures STAR TREK II The Wrath of Khan film directed by Nicholas Meyer in 1982.

Leonard Nimoy, posed in the official Starfleet salutation, measures over 25 inches and is presented in an authentically sculpted detailed captain’s costume. The statue captures the noble feeling and character of Spock and is accompanied with the United Federation of Planets flag. This Exclusive version also features the characteristic Vulcan Salutation of Live Long and Prosper.