Despite making his return to the franchise with Terminator: Dark Fate, James Cameron found himself too busy with Pandora to take on the director’s chair on the latest instalment in the legendary action sci-fi series, handing over the reins to Deadpool helmer Tim Miller while he served as producer and crafted the initial story. 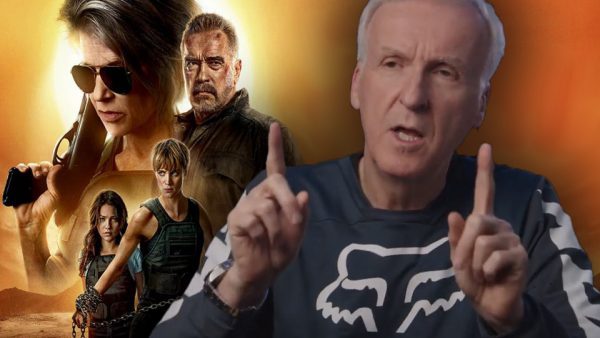 Speaking to CinemaBlend, Cameron has revealed that while he never paid a visit to the set, he was heavily involved in post-production, and that he and Miller had some fierce and bloody creative battles as they put the film together in the edit.

“The blood is still being scrubbed off the walls from those creative battles,” said Cameron of their “many” disagreements. “This is a film that was forged in fire. So yeah, but that’s the creative process, right? [The rough cut] wasn’t a slam-dunk at the time. I felt there were a lot of pathways that were taken that were unnecessary. I’m an editor myself, so I gave notes that were both broad, and very specific. I continued in that process up to about two and a half months ago when we locked picture. I never went to the set. I’ve yet to physically meet the new cast because I never went to the set. But I was very involved in the writing and I was very involved in the cutting of the film. And to me, the cutting is really an extension of the writing.” Cameron went on to compare his work with Miller on Terminator: Dark Fate to his recent collaboration with Robert Rodriguez, who took the helm of Cameron’s long-gestating Alita: Battle Angel:

“My work with Robert on Alita was very different. Robert loved the script, loved everything, said, ‘I just want to make this movie. I want to make the movie the way you see it.’ I was like, ‘No, you got to make it your movie.’ I had the reverse experience with Tim, which is Tim wanted to make it his movie. And I’m like, ‘Yeah, but I kind of know a little about this world.’ So I had the matter and the anti-matter version of that producorial experience.”

What did you make of Terminator: Dark Fate? Did you feel these creative disagreements were evident on screen? Let us know in the comments below, or on our social platforms at @FlickeringMyth…