UPDATE: A hi-res version of the poster has now been released and can be viewed below…

The official D23 Expo Black Widow poster from Marvel artist Andy Park has been revealed, and gives us our first look at David Harbour suited up as Red Guardian along with Florence Pugh as Yelena Belova, Rachel Weisz as Iron Maiden, and the villain Taskmaster. Meanwhile, a piece of concept art has also surfaced featuring Scarlett Johansson’s Natasha Romanoff in a new white costume; check them out via Twitter here… 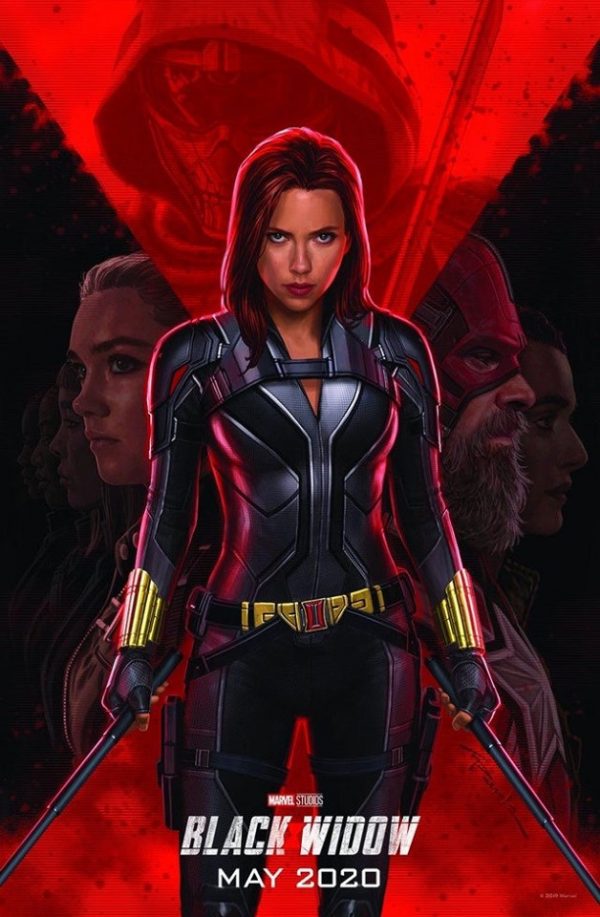