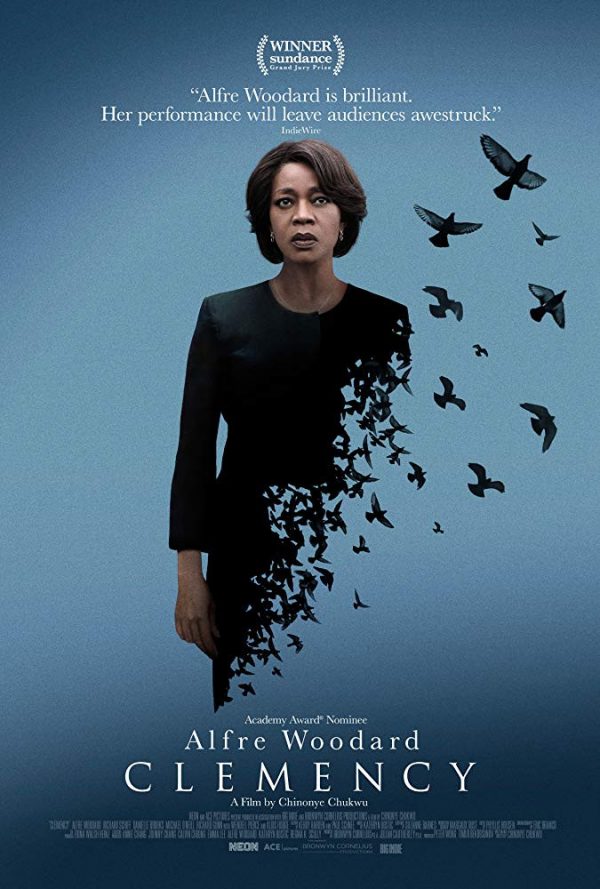 Years of carrying out death row executions have taken a toll on prison warden Bernadine Williams. As she prepares to execute another inmate, Bernadine must confront the psychological and emotional demons her job creates, ultimately connecting her to the man she is sanctioned to kill.

Opting for harrowing realism over a feel-good inspirational approach, Clemency (written and directed by Chinonye Chukwu, crafting her sophomore effort here) takes on the challenging task of generating sympathy from a death row inmate who we are told upfront is a cop killer. Unfortunately, Clemency somewhat doubles back on this declaration, leaving it up in the air whether Anthony is guilty or if he did not carry out the shooting (while he is still set for execution, it is implied that he is likely innocent) when it doesn’t need to. The intimate look at a man’s final days, his isolation, his quietness, his pain, his emptiness on the inside (all combined with deeply affecting nuanced work from Aldis Hodge) is enough to condemn capital punishment and get viewers on board with the message.

It doesn’t matter what the crime was and we don’t need the truth; storytelling via acting are all Clemency needs, and while the film thankfully never comes anywhere near as sentimental and uplifting as the upcoming effective but awards-baity Just Mercy (or the select handful of movies every year dealing with the same subject) honing in on wrongful imprisonment and systemic racism, it’s still a detail that lessons the final blow. 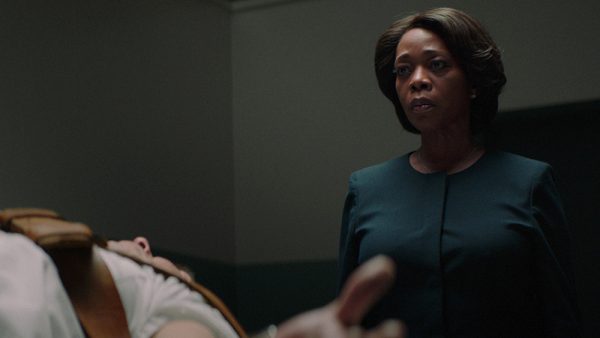 Anthony is not the only one dead inside, as Warden Bernadine (Oscar-nominee Alfre Woodard) is losing a grip on her own humanity, coming away from a botched execution with a startling amount of collection and professionalism for someone that just witnessed a lethal injection go horribly wrong. To her, it’s a job, although she is struggling to maintain that mindset, regressing into a shell of her former self; the relationship with her loving husband Jonathan (Wendell Pierce) is growing distant, her escape is an unhealthy amount of boozing with a concerned deputy coworker, she has insomnia and even when she does fall asleep she is awakened by nightmares, and she reads off information of the procedure to those about to be executed (Anthony will be her 13th overseen execution) with formalism. Whatever internal pain she feels from this job has been suppressed to the bottom whereas everyone surrounding her is either retiring or looking to be transferred away from the odor of death.

It also seems intentional that the warden is a woman, possibly refusing to vent emotions as a means of proving she does belong in this harsh profession. Anthony’s lawyer has had enough of failing his clients, staff members are nowhere near mentally prepared to work another execution and are rightfully excused, and the deputy is seeking another position. Their decisions are understood, but the same can’t always be said in this time for women troubled within authoritative roles. 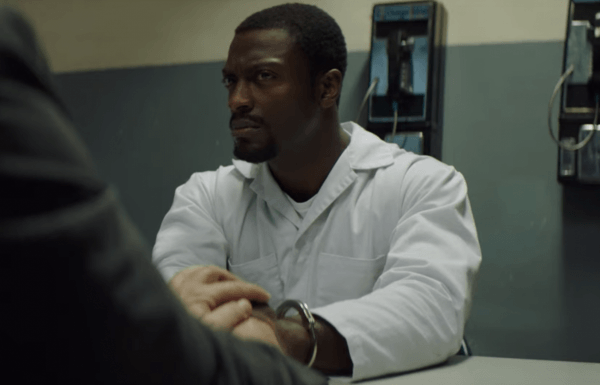 Meanwhile, Anthony is given a family of sorts excluding those closest to him. His former significant other (Danielle Brooks) makes an appearance for a moving conversation justifying her choice of abandonment while letting out some of her own pain, the only family interested in being present for the execution are the relatives of the victim, and one last chance at meeting his own son is up in the air. Anthony is comforted in the form of a chaplain, all while protesters make their voices heard outside staunchly under the impression that he is innocent. There is a moment where all Anthony is able to do is let out a scream; he’s both lonely yet has company and backing to transform him into a symbol, something he appears to be apathetic towards.

Clemency works because it takes all of these intriguing dynamics integrating them with restraint; there are no preachy monologues or a hint at a happy ending. It’s probably the rawest portrayal of the death penalty ever put to screen, fixated on the psychological toll it takes on both sides of the equation. Fortunately, Alfre Woodard and Aldis Hodge are supremely skilled at telling a story with facial expressions alone, as it provides the few and far between showy dramatic notes with an extra sting. Measured in pacing and tone, the traumatic sights and sounds of Clemency will not be easily forgotten.