It’s Chrisssssssstmasssssss time again and this magical season of the year even spreads into the world of Attack on Titan as DeNA Co. and Crunchyroll Games announce the new in-game event and special in-game rewards are availble to players of Attack on Titan TACTICS on Android and iOS up until Christmas Eve. 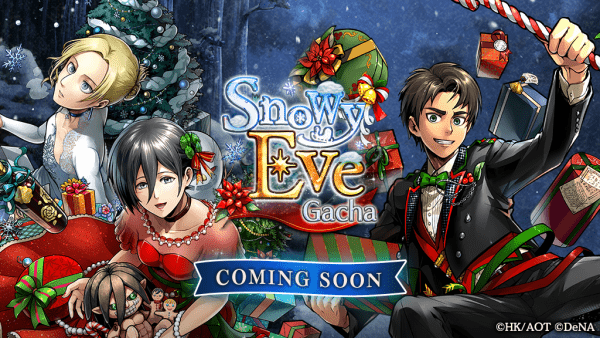 Attack on Titan TACTICS is going all festive this year with players gaining the opportunity to see some of their favorite Attack on Titan characters, including Eren Jaeger, Armin Arlelt, and Annie Leonhart, dressed up in festive costumes.

Players will be able to take part in a new in-game story event called Holy Night’s Battle.  Set in the time when Eren was part of the 104th Cadet Corps, this event tells the story of when Armin Arlelt goes beyond the Walls in search of a special tree that’s required for the festival.  As players progress through the event stages they will receive rewards which can then be exchanged for Armin’s festive outfit.

If you fancy trying out a whole new story event and getting to see your favourite characters in festive outfits (along with Mikasa in a dress) then this December is the time to log in to Attack on Titan TACTICS. 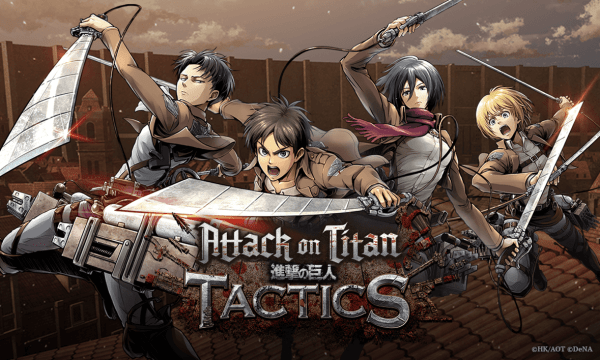