A woman falls in love with a mysterious man who is later revealed to be a prince. The future of a family enterprise is dependent on the success of a community Christmas pagent. A woman returns to her quaint home town from the big city, where she rekindles a romance with an old flame.

We’re all familiar with these storylines; they’re recycled every December by channels like Hallmark for a fresh batch of holiday-themed TV movies. Even internet giants like Netflix have begun to generate similar saccharine content, with popular releases like The Christmas Prince and The Knight Before Christmas. 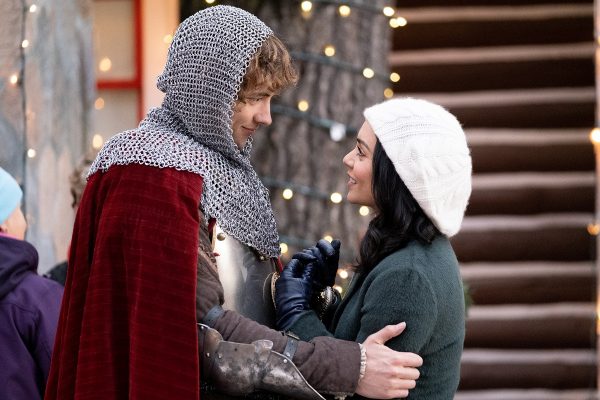 Fans of such films expect no less than a rehash of the classics – they’re designed for adults with a high tolerance for cheese, looking to indulge in some light-hearted fun without great concern for originality or realism.

Big budget, mainstream Christmas movies, on the other hand, tend to be subject to far more scrutiny from critics and audiences alike. Their reliance on tropes is more subtle as a result, sometimes flying under the radar altogether. It’s only upon closer examination that patterns begin to emerge – in the repetition of characters, themes, and plot points. Here are eight that we noticed. 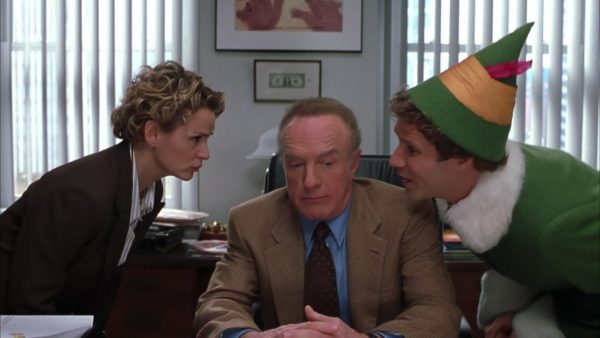 In the much-loved Christmas classic Elf, James Caan plays Walter Hobbs, a publishing mogul who repeatedly neglects his wife and son in favour of advancing his career. In Jingle All the Way, Arnold Schwarzenegger’s character, Howard, is so preoccupied with his job that he misses his son’s karate graduation and forgets to buy him the gift until Christmas eve,

Similarly career-obsessed fathers can be found in The Santa Clause, Jack Frost, Planes, Trains and Automobiles and even Die Hard. Though family, and more specifically, re-discovering the importance of it, is a wholly appropriate theme for the holiday season, this trope does seem to unfairly target those in the breadwinner role. After all, in many of these films, the family in question live a life of relative luxury as a result of their father’s job – like in an apartment on the Upper West Side in Elf, or in a damn-near mansion in Jingle All the Way. 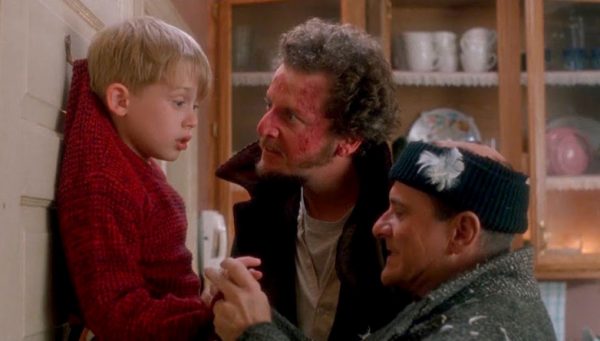 Neglectful fathers are not the only ones failing their kids in Christmas movies – it is a genre in which crappy parents in general abound. Usually, poor parental judgement is used as no more than a plot device, a necessity for establishing the movie’s premise. As a result, glaring lapses are glossed over and forgiven quickly, without mention of social services.

The most notable example of this is, of course, Home Alone, a franchise in which eight-year-old Kevin McCallister’s parents repeatedly leave him to fend for himself through sheer absent-mindedness. Other examples include Dorey Walker, played by Elizabeth Perkins in 1994 remake Miracle on 34th Street, who tells her six-year-old daughter that Santa isn’t real, or the adoptive parents in The Grinch, who make no effort to retrieve their son from the mountain he climbed whilst escaping a mob of jeering children.

Redemption as a Theme 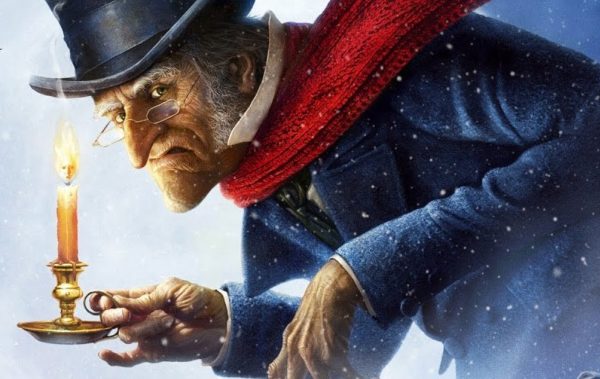 This is a trope that almost certainly has its roots in the greatest Christmas story of all time – A Christmas Carol. Scrooge’s transformation from miser to philanthropist has inspired the arcs of countless protagonists in Christmas movies, all of whom see the error of their ways during the festive season.

These include Bad Santa, Trading Places, Fred Claus, and The Grinch. For characters who fall into the ‘neglectful dad’ category described above, redemption usually comes in the form of a readjustment of priorities – putting family firmly ahead of career. 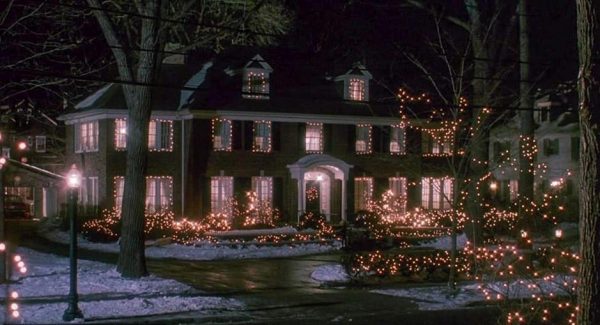 With so many Christmas movies exploring the idea of charity and kindness as central to the Christmas spirit, it’s somewhat jarring that many of our favourites feature families that just happen to be comfortably wealthy. Though we’re reminded again and again that decorations and presents aren’t the true meaning of Christmas, the central characters are often able to take these things for granted, anyway – like the ridiculously wealthy McCallisters in Home Alone.

Extravagance in food and parties and lights are at times, celebrated in a way that the waste-conscious modern world is increasingly moving away from, and when working-class people are depicted, they tend to be cheery-but-tragic versions of Dickens’ Bob Cratchit, or living a depressed, dreary existence like Zooey Deschanel as Jovie in Elf. 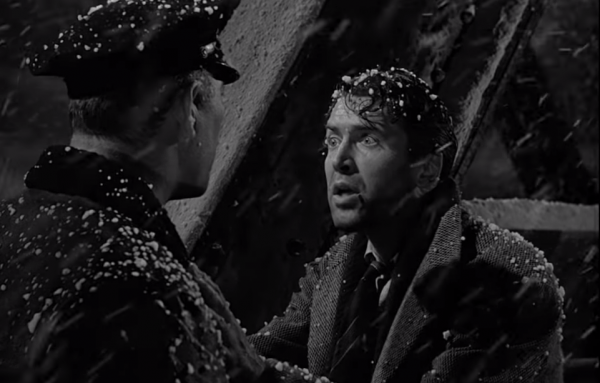 Sometimes, Christmas movies are guilty of building our expectations of the holiday season in a way that reality cannot possibly match. And snow in December is a prime example of this. Thanks to TV, movies, and Bing Crosby, a Christmas without snow seems somehow lacking, and it is so principal to our idea of the festive season that it now features in Christmas imagery across the board, like cards, decorations, and music.

There are many films guilty of introducing sudden snowfall at poignant moments in the plot, sometimes in regions where it’s unheard of – just to amp up the magic – but It’s a Wonderful Life does it best, with a blizzard erupting just as George Bailey begs God for his life back.

Adults Who Hate Christmas Because of Childhood Trauma 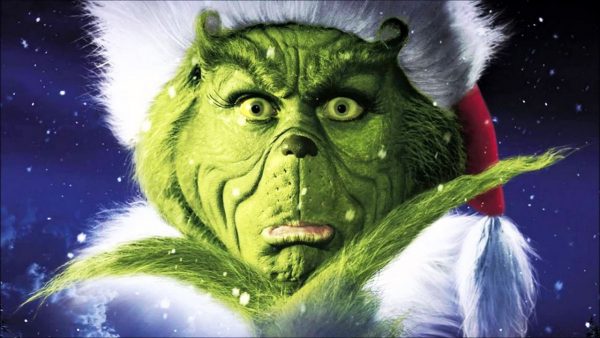 Once again, we have Charles Dickens to thank for this sometimes minor, but persistent character point in movies. Scrooge’s hatred of Christmas began with his miserable childhood, much like in The Grinch.

In Gremlins, Phoebe Cates’ character Kate has boycotted Christmas since her dad died in a chimney whilst impersonating Santa. In The Santa Clause, eight-year-old Charlie is told by his mother and stepdad that Santa doesn’t exist – because they didn’t get the presents they wanted when they were kids. In Bad Santa, the protagonist is a nihilistic, amoral alcoholic thanks to his abusive childhood. The message is quite clear – bad Christmasses as a child equal an aversion to festivities as an adult. 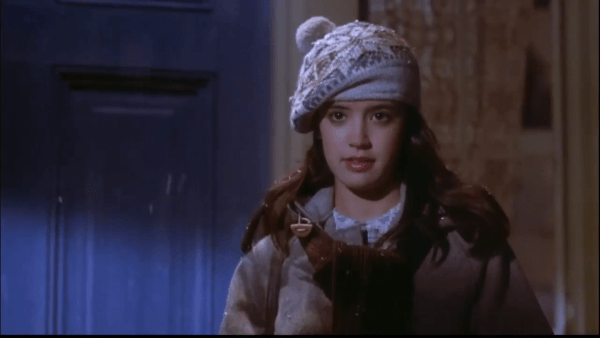 Although this is something that we associate more with Hallmark movies, it does crop up in a few of the classics. Despite going through yet another traumatic experience at Christmas time, Kate’s dislike of the season is cured by the end of Gremlins – after she hooks up with Billy (Zach Galligan). She’s not alone in this respect; there are a number of women in classic Christmas movies who rediscover their Christmas spirit upon arrival of a new boyfriend – like Dorey Walker in Miracle on 34th Street, or Zoey Deschanel as Jovie in Elf. Maybe we should all be looking on Tinder for festive cheer?

Believing in Santa is Everything 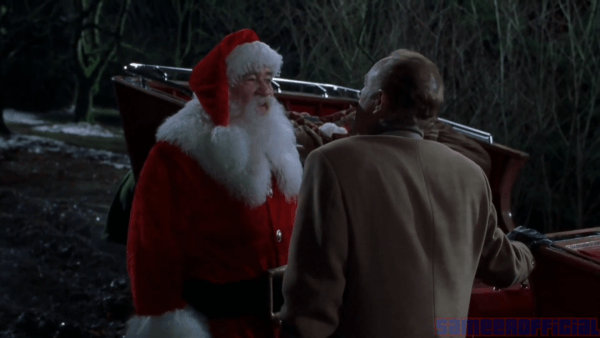 Aside from a few particularly profane exceptions like Trading Places and Bad Santa, Christmas movies are typically family-friendly, designed to inspire a sense of magic and fun in younger viewers, whilst also throwing in a few chuckles for the parents. It, therefore, makes sense that the vast majority reinforce the myth of Santa Claus.

Many take this a step further, making belief in Santa key to resolving a central conflict in the plot – like in Elf, when Santa’s broken-down sleigh can only fly if Walter Hobbs accepts the truth about his son’s North-Pole upbringing. In Miracle on 34th Street, Santa will be confined to a mental hospital if he cannot prove his existence. In The Santa Clause, he will be stripped of his parental rights.

For the supporting adult characters, their sudden belief defies logic. If Santa is real, then surely this would have been obvious every Christmas – when presents for their children appeared under the tree? It also begs the question of whether older children feel excluded by these films – and the implication that believing is essential for true Christmas spirit.

Rae Gellel is a freelance writer and blogger at TheAnimalistBlog, with a special interest in cult TV and film and content creation for the charity sector.