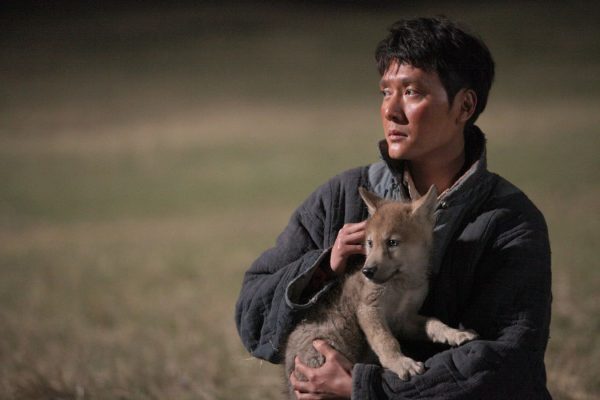 James Horner was a big deal in the 90’s era, being responsible for composing a plethora of memorable scores including The Rocketeer, Casper, Apollo 13, Braveheart, Mask of Zorro and Titanic. But the few years prior to his tragic demise, saw Horner distancing himself from Hollywood and its ilk taking a three-year hiatus and making a return on 2015 to score the Chinese-French co-production Wolf Totem, directed by acclaimed filmmaker Jean-Jacques Annaud. And what a triumphant return to form it was. This is pure vintage Horner and no one does sweeping epics better than he. Hints from his earlier works which range from Willow, Braveheart and even Troy is seen here. Beautiful, brutal and utterly haunting Wolf-Totem will be remembered as Horner’s last greatest work by his loyal fans. And it is indeed saddening that this talented composer was taken away from us, so soon.

Long have I waited for a score by veteran composer Alan Silvestri that would hearken back to his glory days of Back to the Future. My dream was at long last fulfilled in 2018 with Ready Player One. This is Silvestri unleashed, in its purest unadulterated form. And it is simply glorious. By composing the scores for Captain America: The First Avenger & Avengers, Silvestri made a significant contribution to crafting the soundscape of the Marvel Cinematic Universe. And it’s his inputs that still remain instantly recognizable to the casual listener, which is saying something. But all that pales in comparison to what Silvestri has to offer with Ready Player One. Just like the Steven Spielberg’s film, the album from start to finish, is one non-stop adrenaline-fueling thrill ride which never lets up on its energetic pace. No one, I mean no one, scores action material quite like this chap which makes him ‘the’ perfect choice for this action heavy sci-fi flick. Here’s hoping Silvestri will be afforded more opportunities like this to flex his creative muscles.

The Shape of Water (Alexandre Desplat) 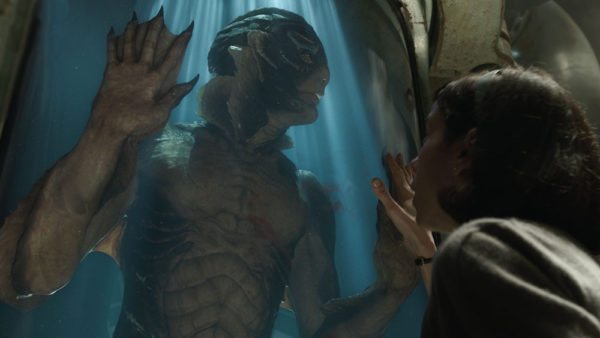 The past decade has been a pretty busy one for French composer Alexandre Desplat. It saw him being nominated a whopping eight times at the Academy Awards but also walking away winner on two separate occasions for The Grand Budapest Hotel and The Shape of Water. Both being much deserved wins for the talented composer it’s hard to decide which though, is the better score when heard in the context of the film, as well as on album. But in my personal opinion it is The Shape of Water which takes the trophy. Being a love letter to the romantic sound of yesteryear, replete with a Parisian flavour, the score truly captures the heart and soul of Guillermo del Toro’s weird dark fantasy and that’s no mean feat. The film traverses’ multiple genres ranging from gothic horror, campy romance to Shakespearean tragedy. And only a composer of Desplat’s calibre can pull of something this complex with such style and panache. 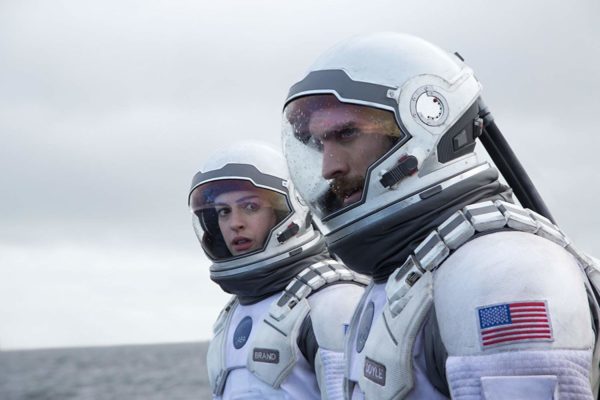 Interstellar was an ambitious film, even by Christopher Nolan’s high-standards. It was his version of Kubrick’s 2001: A Space Odyssey, made for our generation. For the most part Nolan succeeds with his lofty goal, crafting a thoughtful sci-fi flick with emotional heft. But one of the more memorable aspects of the film was Hans Zimmer’s score for it. And although Zimmer is a bit of a hit or miss for me, it’s hard to deny the integral role his music plays in the context of this film. The influences here range from Phillip Glass’s Koyaaniqatsi to the 2001: A Space Odyssey itself, with the latter being the most prominent. The utilization of church organs which swell gradually in tandem with the scenes unfolding on screen, are particularly reminiscent of 2001. But it’s when Zimmer exercises restraint and opts for a more minimalistic approach, that he wins my heart. And there are a fair number of instances he does that here, which work stunningly well with the more emotional aspects of the film. This was a busy decade for Zimmer with film scores like Inception, The Dark Knight Rises, Dunkirk and Blade Runner 2049 under his belt. But Interstellar, in my opinion is his best effort, functioning as a tribute to his body of work thus far, as well. 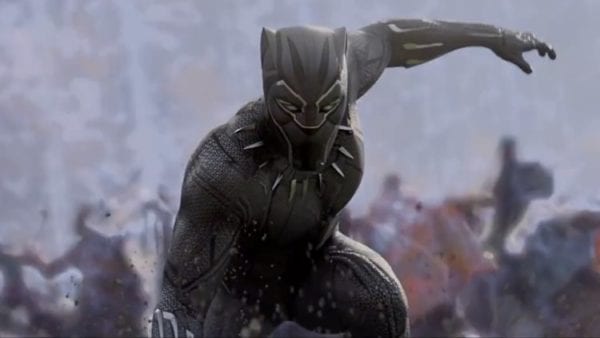 In spite of the myriad achievements the films of the MCU have accomplished, not much can be said of its soundscape or the scores that accompany them. Save for Alan Silvestri’s significant contribution and Christophe Beck’s underrated score for Ant-Man, the rest are fabulously forgettable. Black Panther however changed all my preconceived notions. Unanticipated and unexpected I was completely blown away by what Ludwig Göransson has crafted here. To capture the distinct sound he desired, the composer researched Senegalese music extensively and enlisted the assistance of vocalist Baaba Maal. The resulting output is, a surprisingly authentic sounding score which compliments Ryan Coogler’s visual epic. And quite deservingly Göransson walked away with an Academy for Best Original score that same year. In short, thank you Mr. Göransson for injecting some much-needed life and colour, to the MCU soundscape. It really needed that. 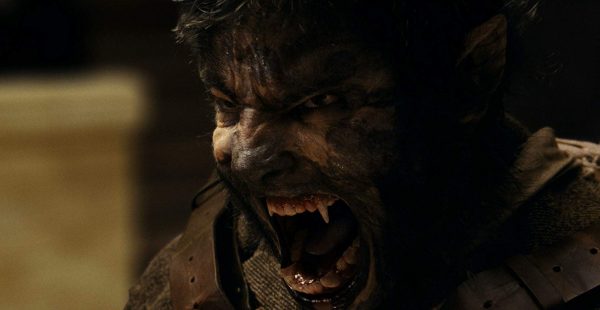 There’s no modern-day film composer out there who can do pure Gothic-horror like Danny Elfman can. Tim Burton’s twisted Sleepy Hollow in 1999 allowed Elfman to explore his inclinations to the fullest resulting in a full-blooded horror score replete with haunting chorals and lush orchestrations. The Wolfman would be his follow-up to it 11 years later. Polish composer Wojciech Kilar’s score for Bram Stoker’s Dracula serves as an important influence to Elfman here, whose ultimate output is more or less a merging of the sounds of Dracula and his very own Sleepy Hollow. The main theme performed with strings is evocative of Christopher Young’s Drag Me to Hell them the year prior, but Elfman’s has a far stronger Easter-European-esque feel to it. This deliciously dark, brooding, and vibrant score certainly should get more love than it deserves. I cannot speak for Joe Johnston’s trouble ridden film but its score its truly something to behold. 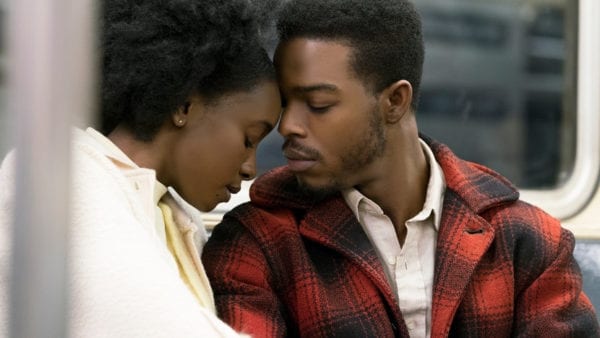 If Beale Street Could Talk follows an emotional love story set in 1970’s Harlem. Based on the book of the same name the film won numerous accolades for the powerful performances given by the leads, with actress Regina King nabbing the 2018 Academy Award for Best Supporting actress. But one aspect of said movie that may have been overlooked was Nicholas Britell’s beautiful score for it. To listen to it, is akin to being tucked inside a warm blanket on a cold winter’s eve. Influences range from Philip Glass to Ennio Morricone and even hints of Bernard Herrmann’s jazz-infused Taxi Driver can be heard. There is a warm, intimate quality to the work that instantly draws a listener in, from the get go. But of course, this is counterbalanced skillfully by equally moody, atmospheric aspects of the score which address darker more dramatic parts of the film. If Beale Street Could Talk? Then it would sing joyous praises for Britell’s effort here.

Album Highlights: The Children of Our Age, Agape, Eden, Eros

Ex-Red Hot Chili Peppers drummer Cliff Martinez is one of those uniquely talented musicians who primarily work in the fringes, taking on offbeat indie projects and the occasional mainstream one when he feels like it. But what makes him unique is that whatever project he undertakes, the resulting output perfectly complements the film. No two Cliff Martinez scores are alike. Martinez’s score for Nicolas Winding Refn’s nightmarish psycho-drama Neon Demon, is therefore no different. Listening to it is an utterly surreal experience in itself, and if you, like me are a fan of dark 80’s synth-wave music you will relish this score with devilish delight. Just sit back, close your eyes as you allow yourself to be beguiled by these hypnotic symphonics and tumble down the rabbit hole, like Alice.

Album Highlights: Neon Demon, Messenger Walks Amongst Us, Runway, Something’s in My Room